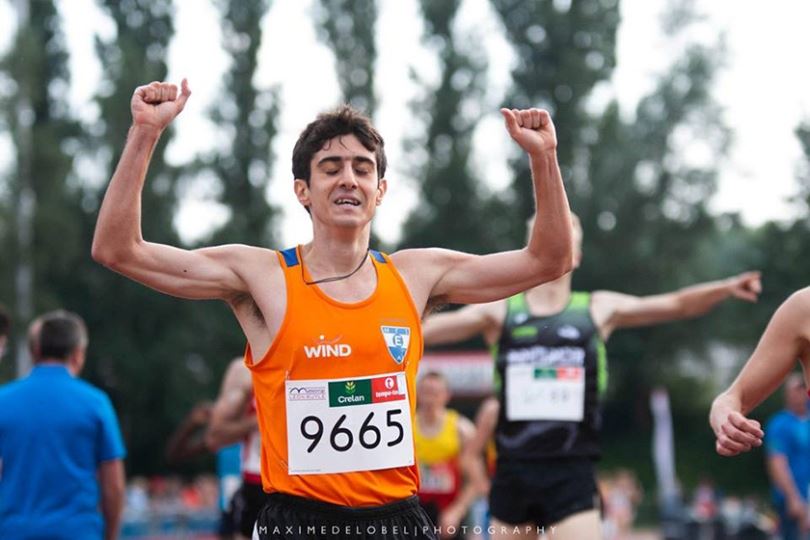 Markos Gourlias returns with the bronze medal in his luggage as he finished third with 14.23.52 at 5000m. the national championship………

For the 25-year-old athlete of AOMykonos, who is abroad to prepare for at least three months a year, the year ended ignominiously, away from the goals he had set.

The currently leading Greek athlete in the 5000m race has been almost without a coach for two months now, as he stopped working with Dimitris Theodoridis and competed in the national championship in a bad mood.. Although he had accepted offers to compete in international competitions abroad in the fall, canceled his participation as now the search for a new coach and the planning of the new racing year is paramount.

Markos Gourlias is a model athlete in distance racing and the federation supports him as he distinguishes his skills and dedication to sports..

The Council of State rejected as unfounded the application of the Panhellenic Association of Shops and Consumers of Catering and Entertainment, with which he asked to be canceled ...........
Read more
Previous article Coronavirus Pandemic – Measures: This is the JMC for the prohibition of liturgies {GG}
Next article Mykonos: With Ioanna Skartso in the pan-Hellenic championship of composite competitions, the AO. Mykonos
Share
Facebook
Twitter
Pinterest
WhatsApp
Linkedin
ReddIt
Viber
VK
Tumblr
Telegram
Mix
Digg
LINE
Email
Print

Property - Stasinos: The TEE requests an extension of the Arbitrary Statements – It is necessary for the deadline to go hand in hand with the Electronic Building Identity

359 New confirmed cases of coronavirus cases, and nine new deaths were recorded in the last 24 hours in our country, bringing the total cases to 14.400 and...
Read more
Aegean Regional Politics

Healthcare in Aegean Islands:Teleconference on the subject “Management of suspected or confirmed COVID cases 19 in school units of the Region

The purpose of today's teleconference ( 17.09.2020) was the coordination of services to reduce the spread and effects of the pandemic, ειδικά όσον...
Read more
View more