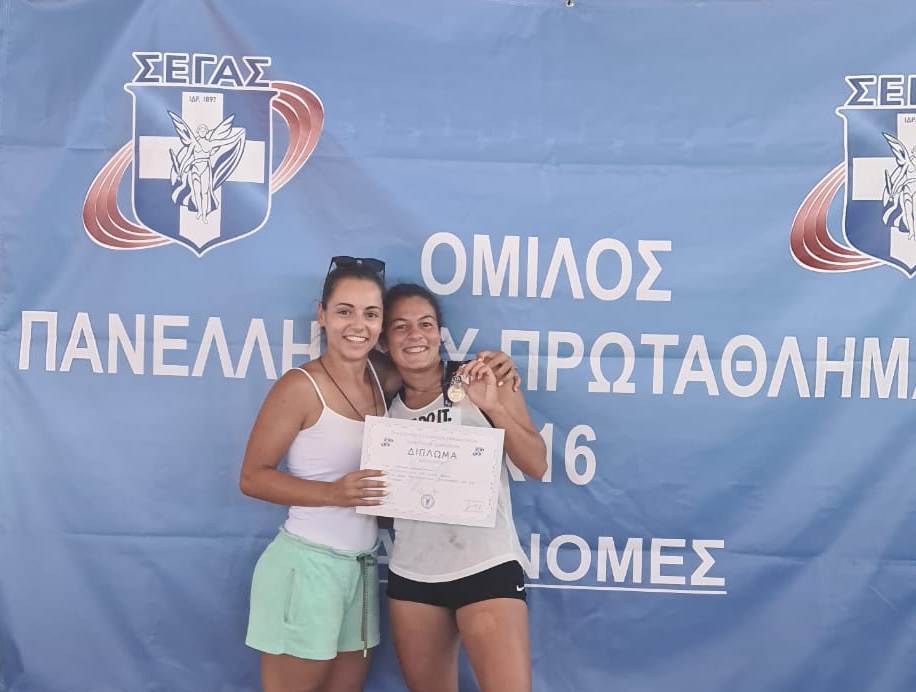 Popi Elaban achieved her goal and managed to win a medal in the Panhellenic K16 Championship in the competition of 150 measures…….. The sprinter of A.O.. Mykonos finished 2nd with a performance 19.69 και πήρε το αργυρό μετάλλιο πίσω από την αθλήτρια του Α.Ο. Κάλλιστου.

This is the 2nd medal won by A.O.. Mykonos in a national championship of this category after the 3rd place of Michalis Karagiannis in 2017 in the 600m while distinctions with fourth places had previously been won by Vladimir Naumenko in the ball and Maria Nazu in the 80m.

Popi Elaban with a revived morale together with her coach Frangiska Armaou will design her competitive program for 2021 when he will now compete in K18 and will have bigger obligations and higher aspirations.

Greece, based on European protocols, issued its own National Directives. so Greece is ready to receive Cruise Ships. In fact today ...
Read more
Previous article Church of Mykonos: Invitation for the Festive memory of Agios Paisios of Mount Athos in Megali Panagia
Next article The headlines and the back of the Sunday newspapers 12 July 2020
Share
Facebook
Twitter
Pinterest
WhatsApp
Linkedin
ReddIt
Viber
VK
Tumblr
Telegram
Mix
Digg
LINE
Email
Print