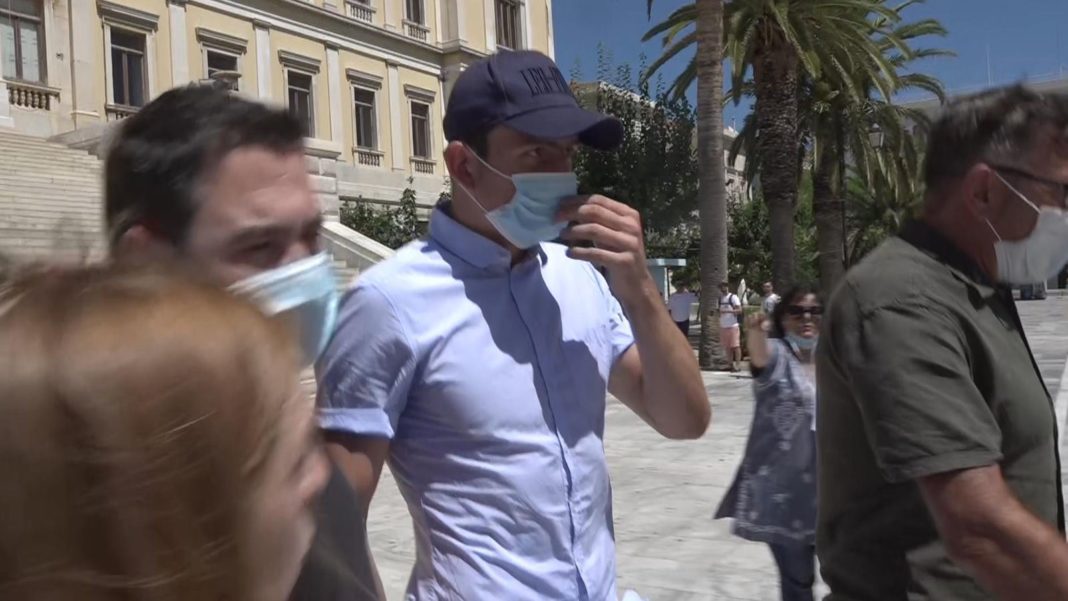 Mykonos – Harry Maguire: Free to attack police officers – Because he is accused

He was prosecuted for misdemeanor assault for attacking police officers – He was referred with the highway procedure but the trial was postponed for next Tuesday – He has the right to leave Greece………
Harry Maguire was released on Saturday afternoon after being prosecuted after being attacked by police in the early hours of Friday in Mykonos..

The Manchester United defender, after being prosecuted for a misdemeanor degree, was referred to the Three-Member Misdemeanor Court of Syros with the spontaneous procedure, but his trial was postponed until next Tuesday., 25 August.

Until then, Maguire and the other two defendants are free and if they have appointed lawyers who will represent them in court on Tuesday, they can leave Greece..

The 27-year-old and the two co-accused were prosecuted for serial bodily harm and serial insult.

Maguire and a friend were also charged with serial bribery and coercion..

Information states that he fled through the back door, as dozens of media were waiting for him for shots.

The news was broadcast by a Sky News journalist

Harry Maguire’s lawyer tells me he is a free man “for now.” He will be allowed to return to England.

Probably over the weekend or Monday at the latest, 14 September, ENFIA statements are expected to be posted on Taxisnet. The total amount that ...
Read more
Previous article Property Tax: The tables for ENFIA throughout Greece
Next article The headlines and the back of the Sunday newspapers 23 August 2020
Share
Facebook
Twitter
Pinterest
WhatsApp
Linkedin
ReddIt
Viber
VK
Tumblr
Telegram
Mix
Digg
LINE
Email
Print