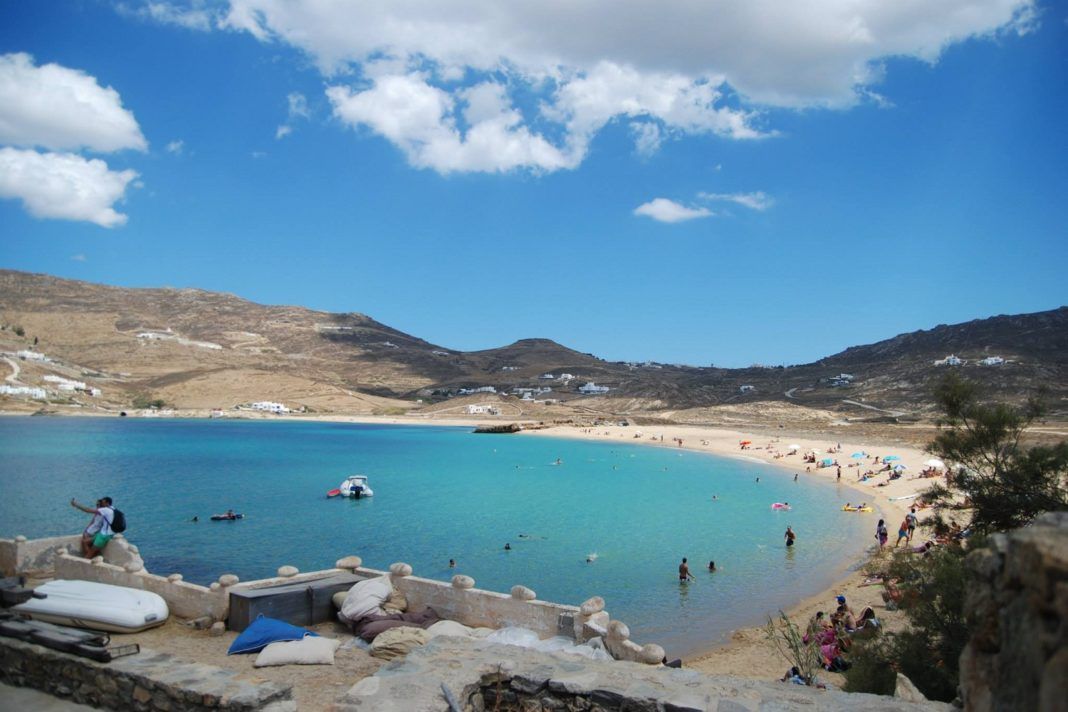 Specifically, group of four tax collectors, after research on websites, assigned to the real estate agency that operates in Mykonos, searching luxurious accommodation, for the purpose of short-term residence in the "windy island". indeed, these auditors appeared to be concerned Spanish tourists! The estate office informed them that there was availability in early August.

So, at 2 August auditors arrived at Mykonos Airport, using Spanish names (Juanita, Dolores, Carlos, Antonio). There, luxury vehicle that had sent the agency:, their received from the VIP room at the airport and drove in a villa known businessman, in Ftelia.

The villa appeared the owner of real estate agency and the four tax officials toured the premises of the building. Subsequently, requested full details of the "clients", and how payment for the rental of accommodation. Note that the fee requested for 6 nights was 25.000 euro!

Then, its tax revealed their status and requested data broker and the customer who lived there in recent days, since the villa is closely monitored and, hence, controllers knew that the property in the previous period was rented.

The broker was willing to work with auditors, stating that recently had deposited in his bank account manager, operating the property from the owner, the amount of 19.200 euros 8 days stay.

In April 2018 It was submitted to the TAXIS lease declaration of property, which was accepted by the tenant nine days later. This professional / commercial lease, monthly rent 1.666,67 euro and twelve years validity period. indeed, states that for the last four years the rent triples.

Now, and then all these, The Principle of authorization proceeds in preference to regular checks for both specific individuals.

Aegean Islands: The football sports facilities of Ios are being upgraded with funding from the N Region. Aegean

Mykonos – Phi. Vigliaris: Water supply interruption to repair the damage in the area “from above hotel LETO”

The D.E.Y.A.. Mykonos informs the residents and visitors of the island that tomorrow Wednesday 05 August 2020, the workshop of the Municipal Enterprise, θα προβεί...
Read more
Breaking News

Coronavirus Pandemic – Chardalias: We are here because there are signs that worry us – Hours in nightclubs where needed