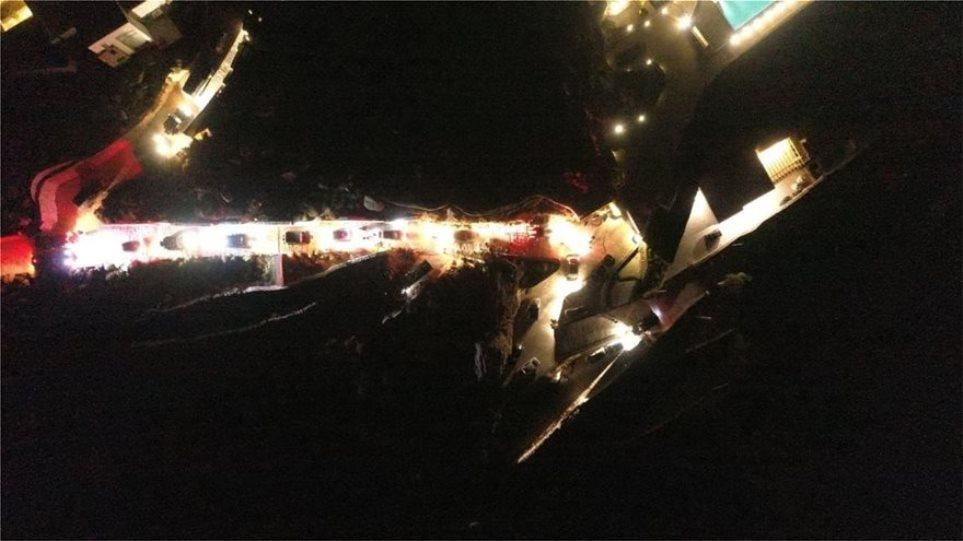 Mykonos private party: Fine 3.000 euros to the manager of the villa in Ftelia - The categories he faces

At 4 In the afternoon, the manager of the villa in Ftelia, organized by the frantic "coronoparty" of 500 people………

The administrator, According to reports, invoked the right to silence, during the pre-investigation he did not want to say the slightest thing and is expected to be accompanied by his lawyer.. Costa Dokimaki, to go to the prosecutor's office tomorrow to stand trial Autoforos and then as scheduled to receive a deadline to apologize.

The charges against the arrested person are for violation of the measures of prevention and spread of diseases, while he was also imposed an administrative fine in the amount of 3.000 for breach of measures.

The same time, the foreign couple from Venezuela, permanent residents of Spain who were taken to a covid-19 reference hotel and broke the quarantine to go to the party, they were released and returned to the accommodation while they were fined 5000 euros to each for violating the measures, while also dealing with the charge of drug possession as they carried a small amount of cocaine on them.