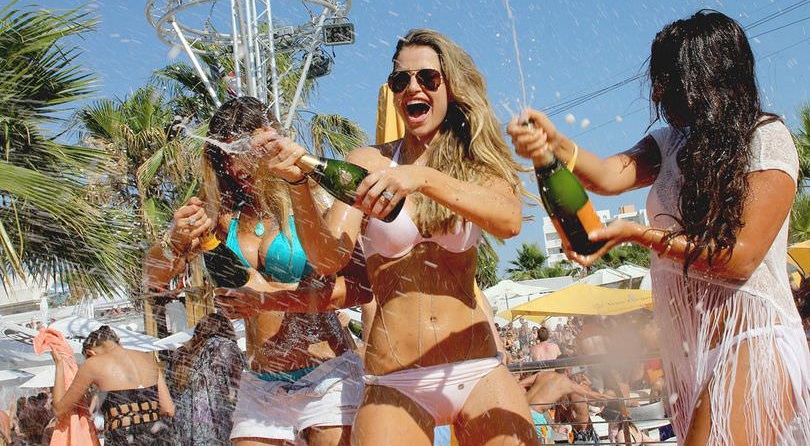 Mykonos private party: First arrest in Mykonos for a party with a crowd in a villa

Sweeping checks in a beach bar in Mykonos are in full swing, nightclubs, but also in villas where parties are organized and overcrowding is observed……

According to information, the authorities have already arrested a villa tenant, who had organized a party resulting in overcrowding from the many guests. At the same time police officers carried out 15 checks on whether coronavirus safety measures are observed in beach bars and nightclubs.
Chrysochoidis in Mykonos - Controls and measures are increasing

Crowding phenomena mainly on the islands, such as Mykonos, where thousands of tourists have already taken refuge, is at the forefront of the health authorities' agenda, as the parties do not stop, with people not keeping their distance and taking the necessary measures.

After the visit of M.. Chrysochoidi in fact in Mykonos, EL.AS started the inspections in the night shops, while the same will be done with the beach bars, but also where overcrowding is observed, as well as the danger of a new wave of pandemic, is more visible than ever.

Party organizers from Ibiza in Mykonos

Authorities have arrived in Ibiza, Spain, or Nice, France, as authorities try to prevent overcrowding on the island of Mykonos.. Specialist in organizing private parties, present them as charitable. According to information, the parties are set up secretly and without permission in luxury villas that are rented for this purpose, while they are attended by 500 until 1.000 people.

They are organized weekly on the "island of the winds" 3 with 4 party, while the calls are made by locating the location of mobile phones and sending the invitations of interest on social media. Simultaneously, "Barkers" of the organizers spread the fame for the parties in well-known shops and beach bars of the island, while the entry starts from 150 and can reach up to 1.000 euros depending on the. customer.

Property Tax: Possibility for taxpayers to pay double first installment ENFIA, at the end of October

ENFIA extends the first payment for one month. "The relevant provision will be legislated immediately" stressed the Minister of Finance ..... He said that until Friday (25/09)...
Read more

Checks for hidden income from Airbnb leases!! In the lens of AADE 100.000 with undeclared income as well as Airbnb type leases!! THE...
Read more

The draft law for the integrated maritime policy in the island area, presented today in a teleconference to the regional governors the Minister of Shipping and Island Policy ...
Read more

When is the student promoted to the next grade?!! When is he referred for September?!! Managing Instructions for High School Mathematics for the School Year ...
Read more

Mykonos-S.E.E.H.O.M: We demand the immediate investigation of the cases of robbery and open violence – Open letter

Mykonos: He was arrested in Mykonos, alien for forging travel documents

Facebook threatens to exclude European users!! Even threatening to shut down the switches completely for Europe threatens Facebook. If it happens ...
Read more
Europe

Turkey’s Aggression in the Aegean: Turkey calls for the demilitarization of Lemnos with anti-NAVTEX

No mood shows Turkey to stop with challenges and anti-Navtex from Izmir Station, calls for the demilitarization of the island of Lemnos ....... According...
Read more
Greece

Arrest of two people, a local and a foreigner in Mykonos for possession of drugs, by officers of the Mykonos Police Department…. Arrest 2 people on drugs in ...
Read more
View more