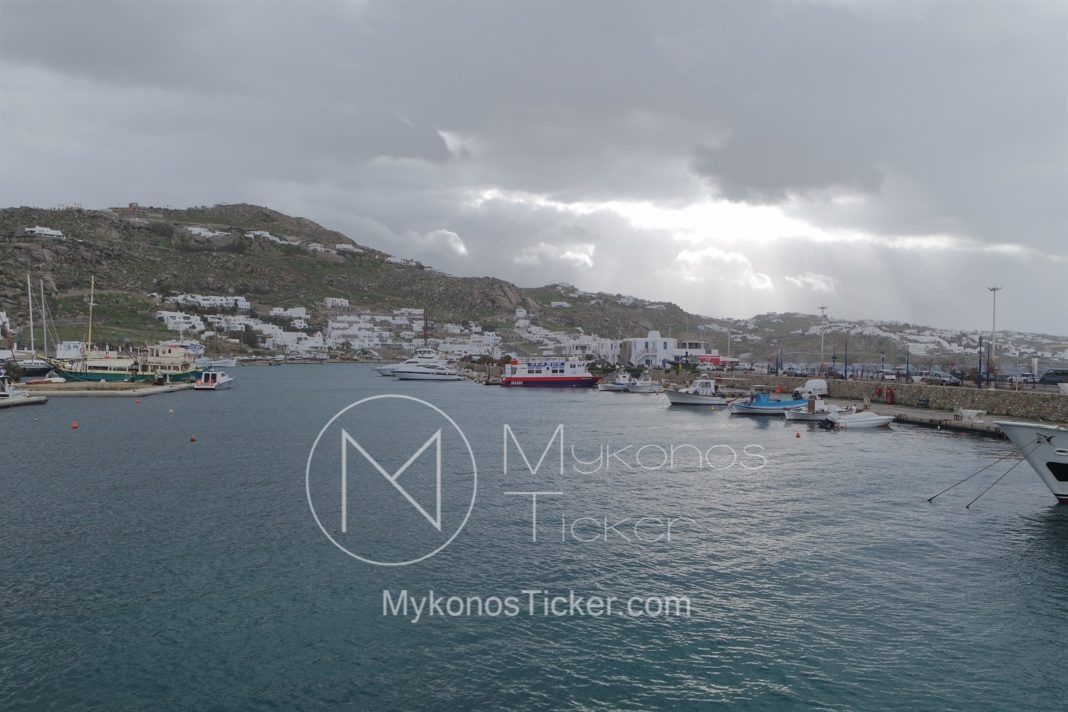 Mykonos: Fire in inflatable boat in the new marina port

Extinguished by members of the Coast the fire that broke out in inflatable boat, with the assistance of the sole occupant……
Alarm came at dawn in Mykonos Port, when informed of a fire boat in the bay marina,the new port of Mykonos.

rapidly, They rushed to the area managers of the relevant Port Authority and found that he had a fire in the inflatable boat "MARSOULAKI" LM. 1204, while the contribution of the sole occupant of the boat, They managed to put out the fire using extinguishers.

Said anelkythike vessel and transferred to the house owner.
From Mykonos Port Authority carried Preliminary investigation proceedings, while the incident was not marine pollution.

Coronavirus Pandemic : New restrictions due to Easter with police blockades to tolls, ports and airports - At 300 euro fine

Where it is found unnecessary movement, outside his home county, the fine will be doubled to 300 euro, signs will be removed for 60...
Read more

52 new confirmed cases of coronavirus infections and 2 deaths were recorded last 24 hours in our country , bringing the total cases to 1884 and the...
Read more

Corovavirus Schools : Adjustment fees and prohibition of dismissal in private schools – All decision

We are experiencing an unprecedented situation and we have to adapt, get used, we should cooperate. Put simply survive .......... Many of our fellow citizens are anxious, worried, confused about ...
Read more

Coronavirus Pandemic: Start the test at home with 500 Mobile Health Units [In detail, the KYA]

Coronavirus Pandemic – DPS : Lawyers and interns are entitled to the allowance distance learning (voucher) of 600 euro

Beneficiaries of distance learning allowance (voucher 600€) are all lawyers and trainees, State Bar Associations of the country .......... According to an announcement to the Athens Bar beneficiaries ...
Read more
Coronavirus - coronavirus

Open will be the Churches Great week for two hours after the commission of Sequences, as indicated in the circular Synod ...
Read more
Travel

Coronavirus Travel: Tourism acquires its own four-digit number, for consumers, tourists, entrepreneurs and workers in the tourism!!

1572: Line Tourism!! Tourism acquires its own four-digit number!!.... Since this morning was launched by the Ministry of Tourism in ...
Read more
View more