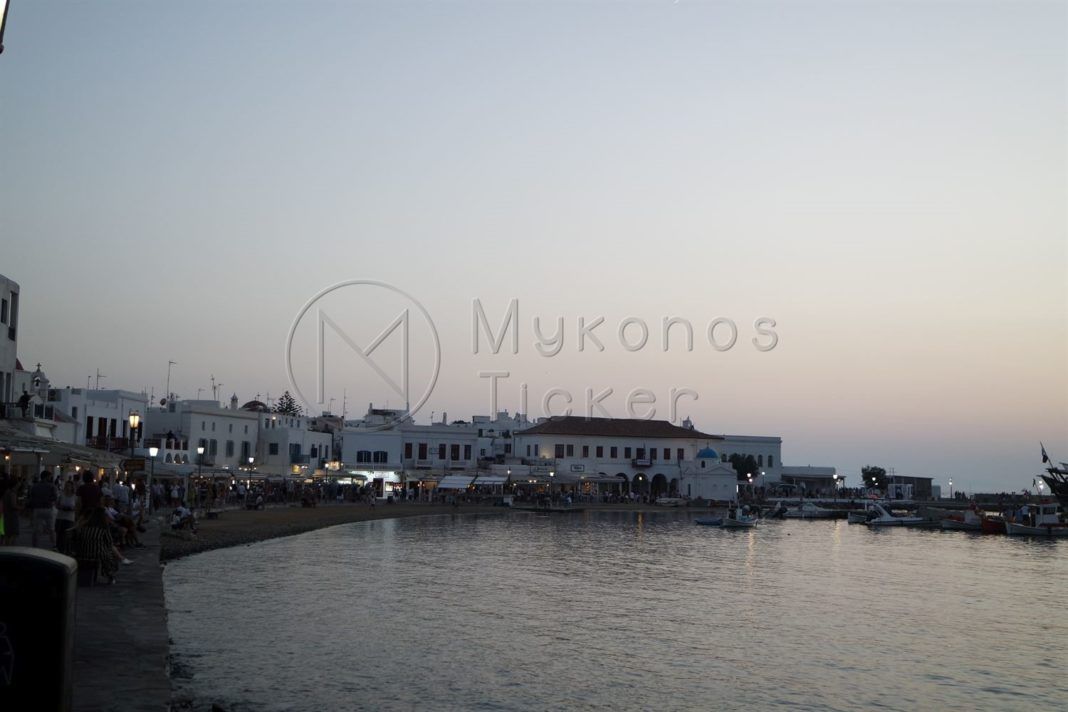 A new legislative initiative to diving tourism, education and in front of short-term leases

Towards upgrading the Greek tourist product and the increase of competitiveness of the moving actions of the political leadership of the Ministry of Tourism, as they presented at today's meeting of the competent minister Thanks Theocharis and deputy Mano console with journalists…..

Giving the tone of the policy will follow the leadership of tourism in the coming period, Mr.. Theocharis noted that "we want the stuff behind the simple reading of the numbers'. As explained by the Minister of Tourism will not be an end in itself political ministry numbers of arrivals and increase those agonizing, as the effort for continuous growth (as in the past) essentially distracting actions to improve infrastructure and ultimately efforts to upgrade Greek tourism product.

Downstream, in full swing is the legislative work of the ministry, with Mr.. Theocharis announce its readiness legislative initiative for diving tourism, to unlock the forehead investments of diving parks. Sure OK. Minister expressed confidence, that the benefits to the local communities will be multiple, as well as for the development of the diving cruise.

Mr.. Theocharis noted that the priority for the ministry is capture accurate data on tourism satellite account through, for which he said it is unthinkable not to have been implemented 15 years.

In front of competitiveness of tourism enterprises and disinflation tax, Tourism Minister, He said the issue is competence of the Ministry of Economy, adding that the Ministry of Tourism, from his side, will give the necessary arguments to achieve without disrupting financial order in the country. And noted that to the exporting profile of the tourism industry should be recognized, as a very basic argument for reducing taxation.

Outlining what is studied for short-term leases, Tourism Minister stressed that now there will be safety and health in the offered accommodation, as will ensure the rate of competition among the accommodations offered in short-term lease and what is not, setting an example query if accommodations in the short lease should be tax resident or not. In this, and other questions will be answered by the initiative of the ministry for regulating the market, added Mr.. Minister.

Focusing Mr.. Minister in the development of the tourist season, It reiterated that revenue will increase compared to last year, noting that it comes as a consequence of the increase in per capita expenditure of foreign visitors.

indeed, as emphasized, the upgrading of tourism infrastructure, the new five star hotels seems to have contributed to attracting visitors high economic level.

Making, end, a small stock of ministry activity, Mr.. Theocharis noted that after the TIF tourism enters a new course aimed at upgrading. First activity was the Regional Tourism Board, and many are the messages that drew the tourist leadership, the two events of the summer, the weather in Halkidiki and the ferry issue of Samothrace. For Samothrace Minister said that so far has regained some of the lost ground, expressing optimism that next year will be no significant recovery.

From his side, Manos Konsolas Tourism minister noted, that this time the Greek tourist product is not competitive, grace taxation. And spoke grid ministry actions, to the direction the deceleration in tax rates, implementation of land for tourism, and mitigation of seasonality, new tourism products in order to enrich the offered portfolio of country.

He also said after diving tourism will follow legislative intervention for tourism education. He stressed that the aim will be to study hotel is worthy of them abroad. The plan of the ministry provides tnot anotatopoiisi of hotel studies, with Mr.. Deputy indicate among other things that existing tourism education is not competitive.

prohibition departure,routes were canceled for the Cyclades, Crete and the Dodecanese

Strong winds blowing in many marine areas and arrive at places in the Aegean 8 with 9 Beaufort, They have caused problems for ...
Read more

The Celestyal Cruises temporarily suspends all cruises up to May 1 2020, as a precautionary measure due to unavoidable circumstances arising ...
Read more

The Viking Cruises suspends all cruises until May 1 citing coronavirus

Mitsotakis: Close all churches, every creed and religion -The only exceptions

14 Directions of ISA, responding to what to do with clothes, shoes and daily habits, which now require attention!!

The need for action by all citizens, but also from businesses, for limiting transmission of coronavirus says Athens Medical Association ...... With...
Read more
View more