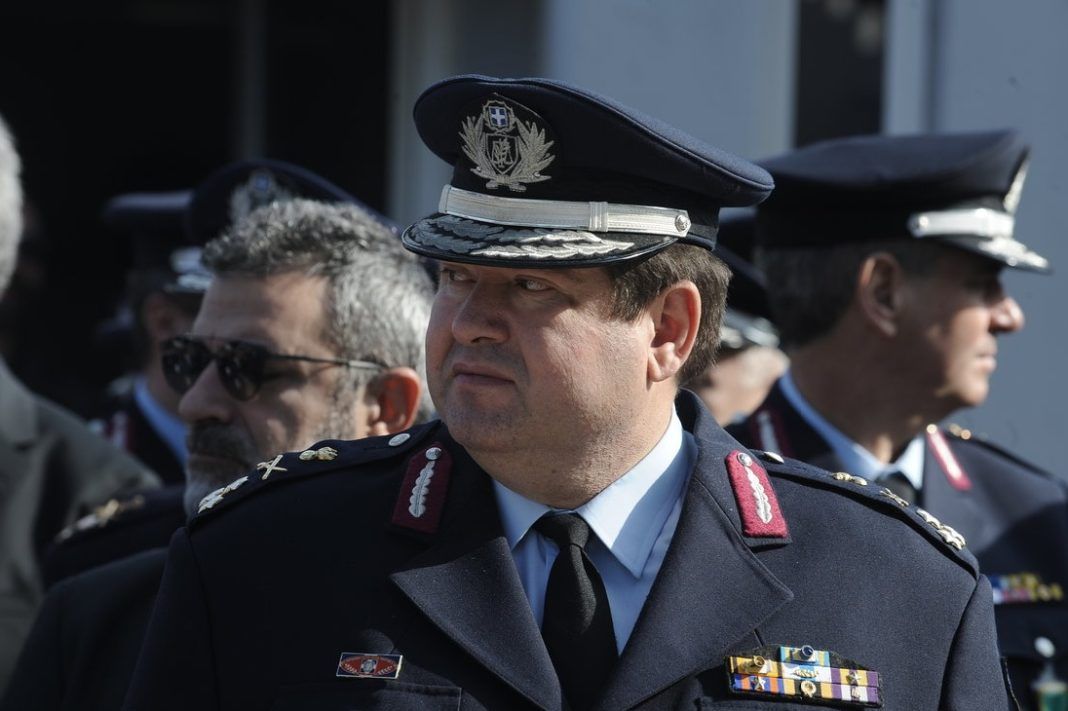 KYSEA decided leader of ELAS. Will define and National Security Adviser White House Standards, the Consultant will report to the Prime Minister…..

Mr.. Karamalakis hitherto Deputy Chief of ELAS but acted as Chief of the date of resignation of Aristides Andrikopoulou.

The suggestion made by the Minister of Citizen Protection Michalis. Chrisochoïdis.

Update did the Minister of National Defense, while they discussed and pystasi consultant position of Prime Minister for National Security (rapporteur. C. Gerapetritis).

The new Director, to be announced soon, is secretary KYSEA and will have a coordinating role for national security issues.

According to reports, former Chief of Defense General ret. Michael Kostarakis gathers the best chance for this post.

Lieutenant Michael Karamalakis hails from Achentrias of Acharnes Municipality - Asteroussia Heraklion, while born in Soufli of Evros the Law 1964.

Ranked in the House of the former Gendarmerie year 1982 and graduated from the Officers School Year 1988.

Good pleasure He completed his studies at the Department of Vocational Further Education makers Hellenic Police officials. the 2000.

Successfully participated in training sessions on the fight against terrorism, organized Crime, Of human rights, drugs, Technical and Tactical Pre-trial Investigation, self defense, Arm-technique and self-protection, Combating Racism and Xenophobia, traffic, Police and Public Relations, Management of Critical and Emergency.

Contributed decisively to the consolidation of trade union rights for staff of Greek Police, exercising for a sufficient period of a member of the Panhellenic Federation Board Officers.

He was an active member of the European Board of the police union (CESP), contributing its expertise in the process of harmonization of police and judicial structures in Europe.

He served for many years, as Governor, in combat departments of the General Regional Police Directorate Crete.

He served as Chief Officer with the rank of Brigadier in March 2012, as Director of Heraklion Police Department, until April 2014 who was promoted to the rank of Major and was assigned as Director General of Regional Police Directorate Crete.

the 16/02/2016 He was promoted to the rank of Lieutenant General and assigned as Inspector General of Police of Northern Greece. During his tenure, it had, including, supervising and coordinating the evacuation of the refugee camp of Idomeni, in May 2016.

He is married and father of two children.

He described the "Antonis Tritsis" program as "emblematic", the Prime Minister during the presentation of the New Development and Solidarity Program for the Local Government "Antonis Tritsis",...... In the center...
Read more
Previous article More expensive cash to consumers who use their debit card to withdraw from an ATM of another bank
Next article summer holiday top destination for Turkish tourists to Greece
Share
Facebook
Twitter
Pinterest
WhatsApp
Linkedin
ReddIt
Viber
VK
Tumblr
Telegram
Mix
Digg
LINE
Email
Print

Travel’s Reopening – Social Tourism: Here are some tips to help you get the most out of your vacation

The Ministry of Tourism has rapidly completed the process of launching the "Tourism for All" program in the context of strengthening domestic tourism and stimulating..
Read more
Breaking News

The anxiety for thousands of GEL candidates in Panhellenic is peaking 2020, as the courses examined Physics and Latin are the two courses that will probably ...
Read more
View more