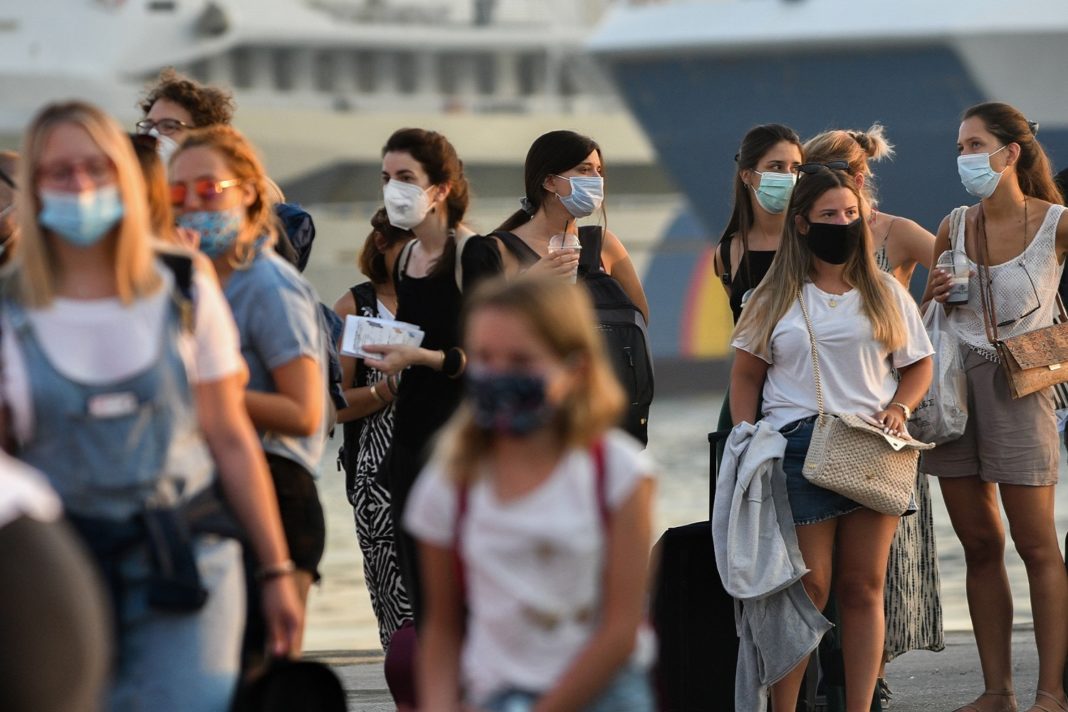 For measures against the coronavirus and the new fines, which have doubled, Nikos Hardalias spoke in today's briefing…..

"From tomorrow, throughout’ 24 hours a day, there will be traffic restriction, only by SMS for the prescribed reasons. We call for a rational use of this opportunity. The controls will be sweeping and the fines have been doubled. ", Nikos Hardalias stressed during the briefing of the Ministry of Health.

The new measures that will take effect from 6 In the morning, the Deputy Minister of Civil Protection, Nikos Hardalias, specialized.

The most important points announced by Mr.. Chardalias, was the doubling of the fines for any violation of the restrictions and the appearance of a negative test 72 hours for those entering the country from abroad, from all entrance gates (airports, ports, land).

The Civil Protection Deputy, αναφέρθηκε και στη σειρά των recruits, clarifying the procedure for the conscript himself, but also the parents, who can accompany him to the recruiting center.

"As far as travel is concerned: The traffic restriction is valid 24 hours a day:

Allowed only with exception and by SMS in the five digits 13033 for six reasons:

5) for power supply and

6) for sports or pet walking.

We urge citizens to move only if necessary and to use the message wisely.

Travel in the evening

For the employee, circulation is allowed only with a document from the Instrument, or with a certificate of registration from a company.

New recruits can be accompanied by both parents, with roadmap. For the return, parents must have a certificate from the training center.

Entrance to the country

Those who want to enter the country, only with a negative test. From all the gates of the country, test up to 72 hours. We referred to 48 hours, but after a meeting, decided to go on 72 hours. For these measures, There will be a transitional period and they will take effect on Wednesday 11 November.

For informing the public and businesses, must be addressed to the number 1520 ".

On fines, Mr.. Hardalias announced that the fines are doubled, especially for violation of the measures or false statement of SMS, or certificate, the fine now amounts to 300 euro from 150 which was in the previous period.

Ο δε employer will be punished with 500 euro fine for false statement.

For violation of store operation suspension the fine is 5.000 euro, while natural persons will be punished with a fine 3.000 for the same infringement.

Nikos Hardalias clarified that the hairdressers will be able to operate at the weekend with the citizens sending them the code 2 to SMS at 13033.

Continuing Mr.. Hardalias said: "Extra measure, We have provided a rapid test for all employees in nursing homes, so that workers are screened weekly and the spread of the virus is reduced.

For its celebrations 17of November, there will be no events, as was the case on March 25th, Easter and October 28 ".

Reopening of schools: definitive!! Schools open on Monday at the table just click away!!

U.S Presidential Transition: Trump is committed to a smooth transition of power

Reopening of schools: There are no certainties!! The Commission is evaluating epidemiological data!!

Katerina Monogiou: Once again, the Minister of Shipping became aware after the intervention of Katerina Monogyiou for the kidney patients of Paros

Facebook Pages: A radical redesign is coming!! Likes will be a thing of the past!!