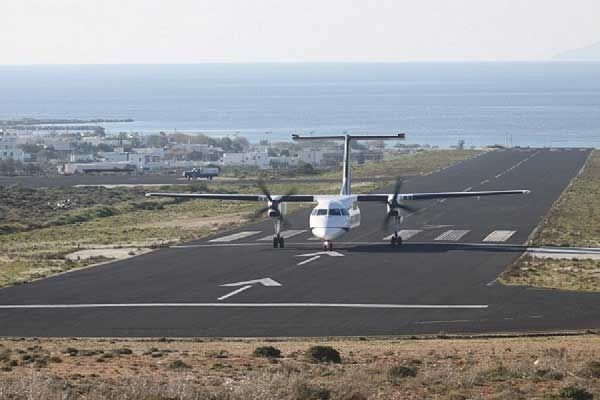 Sources cited by the Skai with knowledge of the case say that when Fraport Greece received the 14 regional airports in April 2017, among them that of Mykonos, the treadmill was in poor condition.

Hence, December 2017 Mykonos Airport closed to remove the old pavement and placed new, work done according to the specifications which had asked the then Civil Aviation Authority.

During the same information, when the project was completed the CAA came back requesting additional work which originally were not provided.

The Fraport Greece asked the State to bear the cost of additional work, but the two sides failed to agree on who will bear the cost, thus enabled the dispute settlement procedure of the Technical Dispute Resolution Committee, as is required by the concession of regional airports.
NewsRoom mykonosticker.com

Coronavirus Flights : How will international flights be operated? – What to test for tourists

Clarifications regarding how the international flights to our country will be made and what changes from 15 June that begins ...
Read more

Healthcare System – Kikilias : Unified plan for the management of the epidemic in the islands

Recruitment to hospitals and health centers in the middle of a pandemic is twice as high as originally planned., φτάνοντας σήμερα τις 4.324......... Health Minister,...
Read more
Breaking News