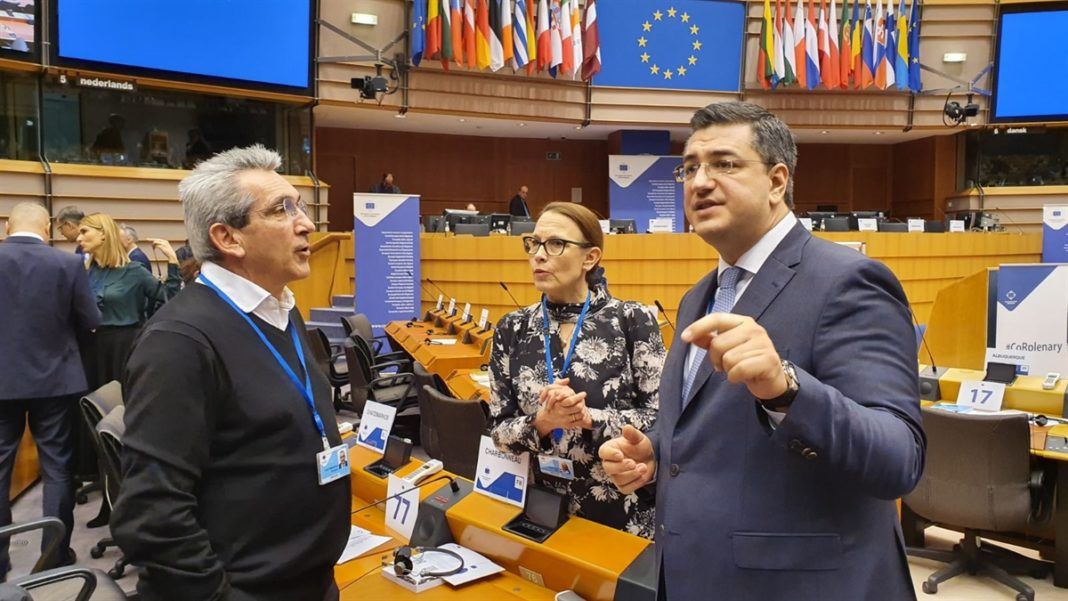 Mr.. Hadjimarkos, appointed member of the CIVEX and NAT commissions, which deal with a number of critical issues, both for European islands, and for Europe as a whole.

The Region of Central Macedonia Apostolos Tzitzikostas, elected by acclamation the new president of the Committee of EU Regions, which constitutes an important development for the country and for the local authority specifically, as it is the first Greek elected elected president of a European institution and the first elected with the consent of the whole body.

It noted that the Committee of the Regions is one of the major European institutions and is operated by the 1994. After leaving the UK, consists of 329 Regular Members, representing local and regional authorities of the 27 member of the EU. Its role is to give regions and cities the opportunity to formally express their opinion in the EU legislative process, ensuring that they take into account the views and needs of local and regional authorities.

The intercollegiate track and field championship of the Cyclades was held stubbornly and divided. 2020. The unions were divided into two groups as the transports between the islands ...
Read more
Breaking News

The "Co-Work" program, which includes tax cuts, is being implemented immediately, insurance arrangements and a set of measures with an emphasis on seasonal operations to save ...
Read more
View more