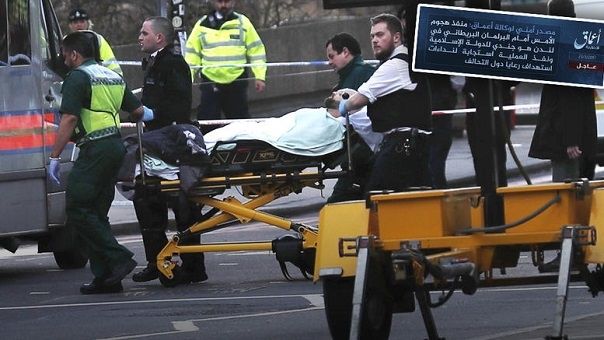 The ISIS officially claimed responsibility for the attack in London

The perpetrator of the attack outside the British parliament in London is a soldier of the Islamic State and the company took place after the invitation to citizens affected countries of the international coalition fighting the jihadists, μετέδωσε το AMAQ επικαλούμενο “πηγή ασφαλείας”.

British and known to the authorities, the London terrorist

British citizenship was the perpetrator of the attack in London, who also was known at the beginning of MI5 for extremist views, He said the British prime minister was speaking in the House.

The actor was born in Britain and had been investigated in relation to violent extremism from MI5, But was not this time targeted surveys. He even called "marginal figure" regarding its connection with terrorism. This man inspired by Islamist ideology, he said Mei, noting that an investigation by the anti-terrorism for the incident, while investigations were made into six directorates eight arrests in London and Birmingham.

he added, Wednesday night chaired the Cobra Commission, and he stressed that the country will remain the second highest alert level, as there are no indications for other threat.

"It is believed also that the perpetrator acted alone of Mrs. police have no reason to believe that there is the threat of new attacks. His identity is known to the police and MI5. His name will be made public but when permitted by the safety of business plan. I am able to confirm that this man was born in Britain who some years ago were under investigation by MI5 in relation to extremism and violence. But it was a peripheral figure. He does not employ the secret services, nor was there information of plotting attack. So far the scenario we are considering is that the actor has "inspired" by the Islamic ideology. Intensify the policing measures in all cities in the country ".

The service of Britain inside information (MI5) He said the business potential fully mobilized to support the police after the attack that took place yesterday in London.

Entry Regulations for Austria: Greece as a safe country is exempt from the Austrian travel warning

Reopen Retail Stores: These are the businesses that will open on Monday!! The KAD and the special operating conditions of the stores!! [Detailed list]

Reopen Retail Stores: These are the businesses that will open on Monday!! The KAD and the special operating conditions of the stores!! [Detailed list]

Coronavirus Vaccination: What if you miss your vaccination appointment via SMS at 13034 or you want to change it!!

Entry Regulations for Austria: Greece as a safe country is exempt from the Austrian travel warning