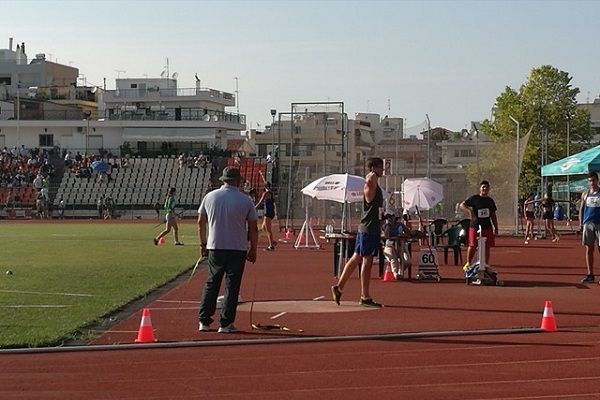 The Naoumenko with an eye to the final in Patras, after a big personal best in the B phase of school

The athlete of AO Mykonos qualified the final phase of the matches will be held in Patras on 17 April and now looks at his opponents on equal terms.
The performance of this ensures qualification for the championship Children nationwide as the limit is 14.20.
Both he and coach George Antoniou not reassuring as they know that the athlete is ready for bigger shots as the sphere and disk.
In school championship also battled the Lefteris Matzaris the second length with 5.61, The Christos doulas in triplicate 3rd with 12.91, The Lefteris Nicolae 4th well in triplicate 12.61 the Ms. Sofilena Peltetzi fourth with 13.51 to 100 meters.
At competitions there took part the Michael Karagiannis who had qualified in 800 measures in view of cooling the battered few days before the race. Michael will start their races in championship diasyllogiko Children – girls.