Total Solar Eclipse!! On Tuesday 2 July!! In which countries will be visible …

but which will not be visible from our country.

Witnessed a total solar eclipse will take place Tuesday 2 July 2019 the inhabitants of South America and the islands of the South Pacific.

Part of the sun disk will "darken", Moon standing in front of, phenomenon, however, will not be visible from Greece.

This is the first total solar eclipse of the 2017 and unique to December 2020.

more fortunate, according to space.com, will be residents of Argentina and Chile, who will have the best view of the phenomenon.

The eclipse will be visible in its entirety from South America, mainly Argentina (more fortunate residents of Buenos Aires) and Chile.

The total "path" of "Great the South American Eclipse ', named as, will cover a route of about 11.000 kilometers almost entirely over the South Pacific Ocean. 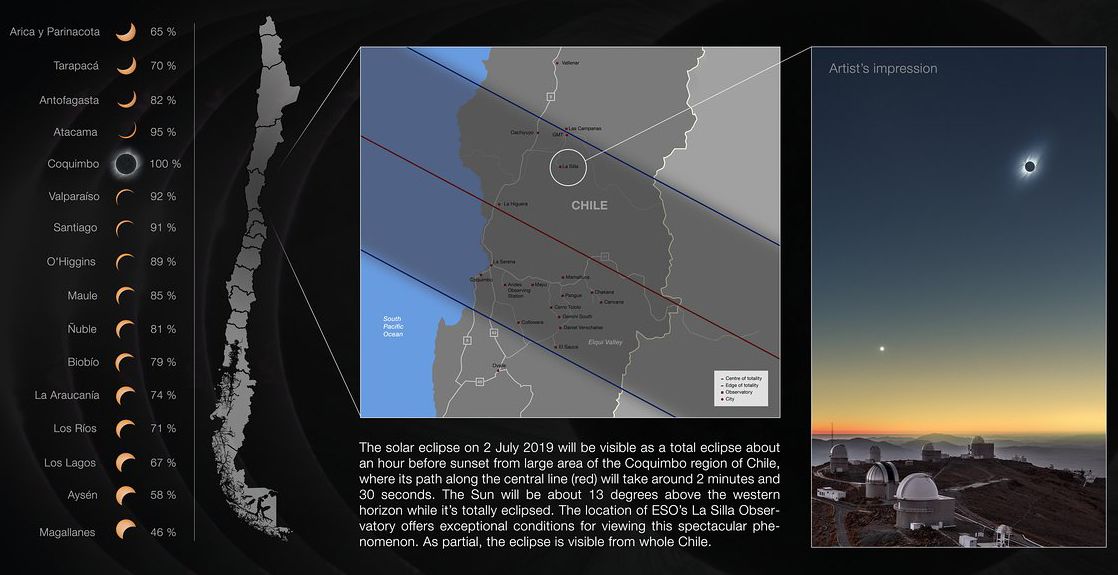 The other South American countries, You will see a partial solar eclipse.

The main phase of the eclipse will occur in the Pacific Ocean, southwest of Isabela Island, in Galapagos.

The first area that will see the eclipse is the island Oouino, the South Pacific.