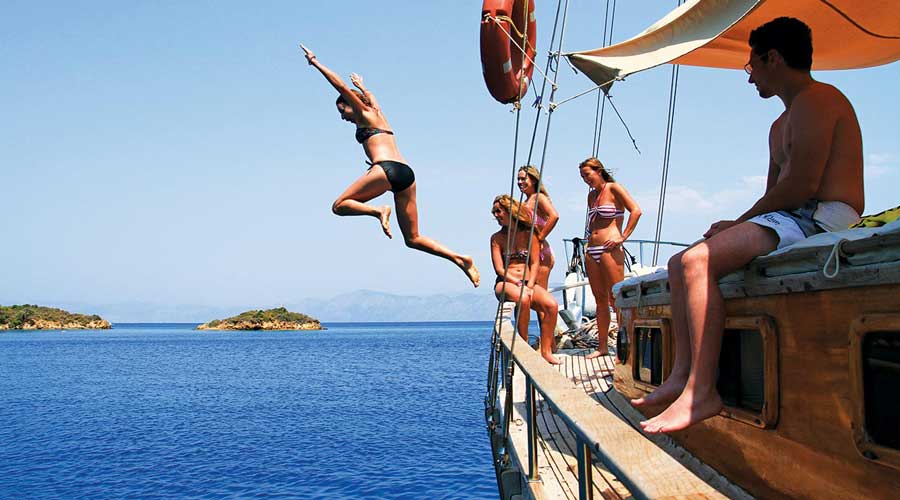 Laggard in the preferences of Russian tourists to Greece

Greece ranks as the laggard of Russian tourists the options 2019. The overtook and Cyprus. Particularly benefited Italy, maintained in the first position with a notable increase Turkey…..
Permanent characteristics and not cyclical trend tends to hire reducing the travel movement from Russia to Greece.

According to the Border Service of the Russian Federation, the 2019 Greece has still dropped a place in the ranking of the top ten destinations of Russians and is, most, a position before exiting the Top 10.

The year that Greece counted passed 611,8 thousands of Russians traveling, recording a decline 9%. The largest among the top ten antagonists. Indicative of the slump recorded by Greece in the Russian market is the fact that the overtook the Cyprus although the latter recorded a decrease 1% against 2018.

note, however, that the data of the Russian authorities not counted the Russians trips directed to Greece via third countries. Something like that, Nevertheless, applies to all destinations.

Agents of the domestic travel market, and Russian source noted that the majority does not follow such bending. Thus speculated that the recorded decline was mainly due to fewer trips made by Russians individual travelers.

In each case, bell sound data for the immediate need for initiatives by the government and entrepreneurs in order to reverse the negative trend.

While Turkey has become a Mecca for Russian holiday. The 2019, indeed, rose by 17,7% reaching 5,3 million. Russian travel. The increase translates into about 80 thousands more Russians travel to the eastern neighbor.

Especially benefited the 2019 in the Russian market was Italy. While Russian arrivals in Greece remained at low levels in recent years, at the same time our neighboring country entered the top ten most popular destinations for Russians the last three years. But never, not climbed higher than sixth in the rankings. Until last year so jumped to second place as recorded 966,9 travel thousands of Russian visitors, an increase 20%. Factors of the Russian market believe that Italy will battle in the coming years with China and Thailand for a place in the top three rankings of the top destinations of Russians.

China was in third place the ranking of destinations climbing three places higher than last year. The 2019 Russians made 929,9 thousands travel to China. Main attraction for them was to Hainan last year which was converted into a tourist "colony" Russians who were the main customers of the peninsula-resort in the South China Sea.

Fourth most popular destination for Russians Thailand was the last year that the 2018 It was in second place ranking. Tourist "metropolis" of Southeast Asia had as destination 822,7 thousands of Russians traveling, recording a decline 3,4% compared to 2018.

Spain fell to fifth place ranking the 2019 while the previous year had been in fourth place. Although it attracted 821,9 thousands of Russians traveling, surged 5,3%, higher than that recorded in 2018 compared to 2017 (2%).

From the seventh to sixth place ranking went to Germany which remains constant at Top 10 the most popular destinations for Russians. The country went last year 755,6 thousands of Russians traveling recording more than double increase (9,3%) compared with the rise recorded in 2018 against 2017.

They were less attractive for Russians United Arab Emirates (UAE) which were in seventh place ranking, falling two places from 2018. Last year 755,1 travel thousands of Russians were bound for the Emirates, almost as many as the previous year (+1%).

In the eighth of the most popular destinations for Russians, with an increase of a position, found the Cyprus. The Megalonissos overtook Greece he was the destination 655,1 travel thousands of Russians though recorded decrease 1% against 2018.