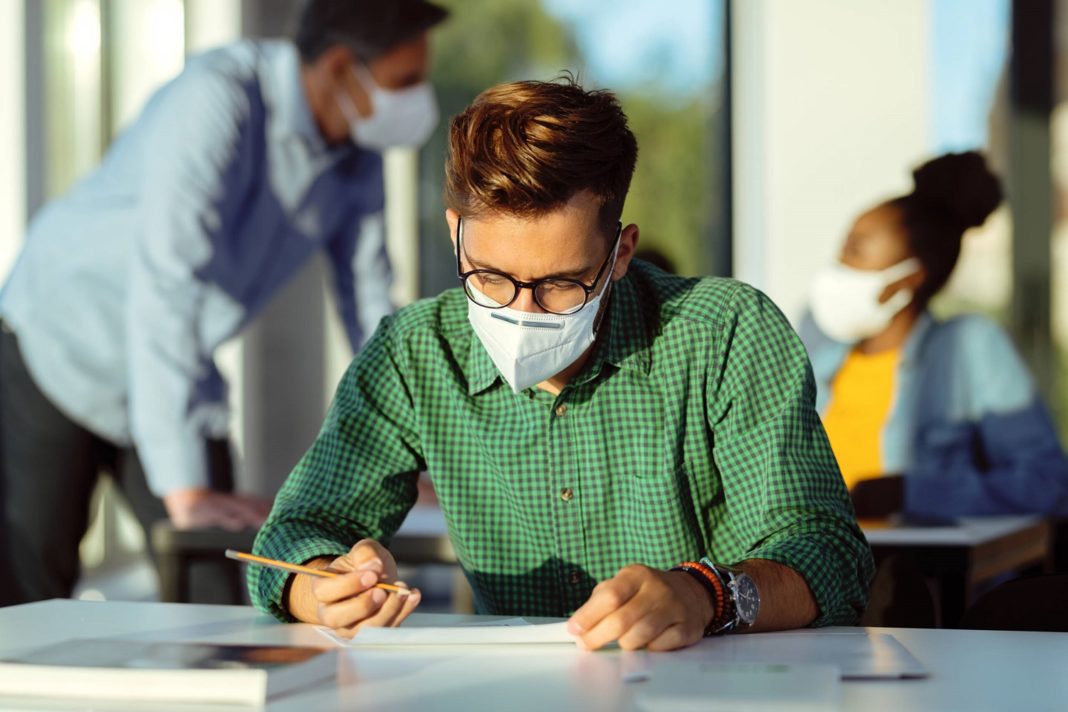 Panhellenic Exams: "Slaughter" for 100.000 candidates the Minimum Admission Base, the Panhellenic 2021

Mykonos TickerLeading news source for Mykonos and the Region
Mykonos Tciker Greece Education
This year the students of "low grades" do not have much hope to be admitted to schools of their choice or will not be admitted anywhere. Last year about 88% of students was admitted to universities, rate, which this year will hardly reach 65%….

One of more difficult years for the Panhellenic Examinations, will be this year for her students C΄ High School, who will claim a place in its institutions Higher Education.

The two biggest "thorns" for children are sudden introduction of the Minimum Admission Base (ΕΒΕ) and in fact her mediator school year and with schools closed.

The second is fatigue and tremendous stress, have the students of DG Lyceum who last year and this year were for many months out of school and out of tuition, with everything,what does this mean for the substantial consolidation of the material under consideration- attending classes only ex’ distance.

Despite the fact that both high school teachers and university teachers insist that for this year it is not fair to apply the EBE, the Ministry of Education insists on the first… test by the Panhellenic Games of June 2021.

What is certain is that both students and parents have not realized the magnitude of the problem, nor that this year thousands of students who have mediocre or low grade scores will not be able to be admitted to universities, as happened last year that about 88% of students was admitted to universities, percentage that this year will hardly reach 65%. And all this in a year when the citizens are exhausted by the many months of quarantine and much more the new generation, found in an unprecedented educational environment.

but the Ministry of Education shows no mood to do "back" even for this year and is already processing the tables sent by all universities in the country, as required by the EBE rate, wishing for each of their sections.

They are upset and many regional universities which know that despite the fact that they have requested for their departments the minimum EBE rate, they will have many vacancies as fewer students will be admitted this year. The conclusion is that this year the so-called "mediocre" students do not have much hope to be admitted to schools of their choice or will not be admitted anywhere. Which means they have to work hard to nationwide and at the same time be psychologically prepared that the University doors will remain closed for’ them and will be forced to look for other forms of education. Finally, in terms of completing the computer this year, it is likely that it will prove to be a huge "puzzle" and will need assistance… specialists for immediate assistance.

Universities set the basis for admission

In general, it seems that the departments decided according to the demand for studies, who have. So departments that are in remote cities and are in low demand due to distance or subject of study, set the EBE rate as low as possible, namely 0,8 namely. On the contrary, the parts with high demand and therefore high base, which is essentially indifferent to them the EBE chose the highest permissible rate in 1,2.

For example Law Schools, the Polytechnic, medical, Psychology and many other sections that make up the first selection of candidates each year, based on 17.000 molecules, are not affected not at all from EBE.