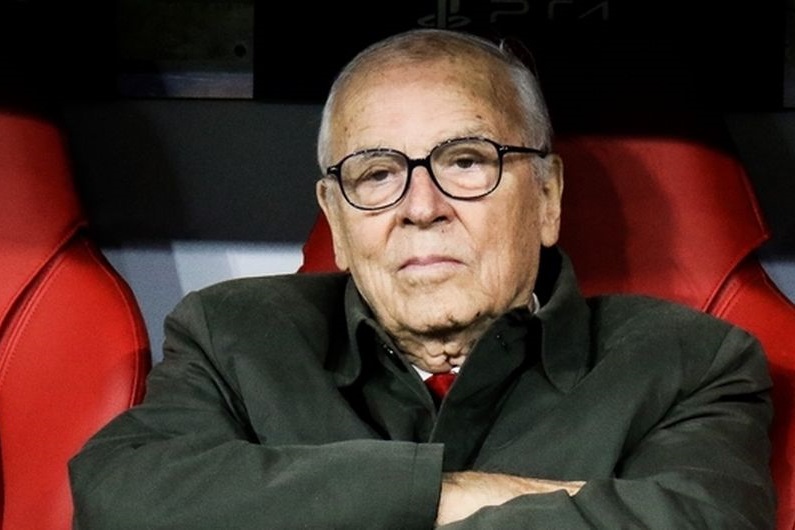 The honorary president of Olympiacos and a fan of Mykonos Savvas Theodoridis died….

Savvas Theodoridis… A loyal soldier who lived to serve Olympiakos… THE Savvas Theodoridis served the red and white idea for 67 years. Everything revolved around his great love and he was to be a soldier on the front line until the end of his journey.…….

It is customary for people to leave life, to beautify what is said and written about’ them. After all, there are many fans of the saying that “the dead are justified” and how to write bad words without the possibility of answering, shows smallness. In the case of Savvas Theodoridis, the recording of his life can be done in many ways. What is certain is that it was a torrent of life and revolved around his great love, the Olympic.

Each club has at least one emblematic form, a reference point that largely defines the “ID card” of. For Olympiakos, Savvas Theodoridis was more than just a veteran footballer who later offered from other positions. See, he was not a man who lived from Olympiakos, but he definitely lived for Olympiakos and until the last moment he was a soldier on the front line of the battle. 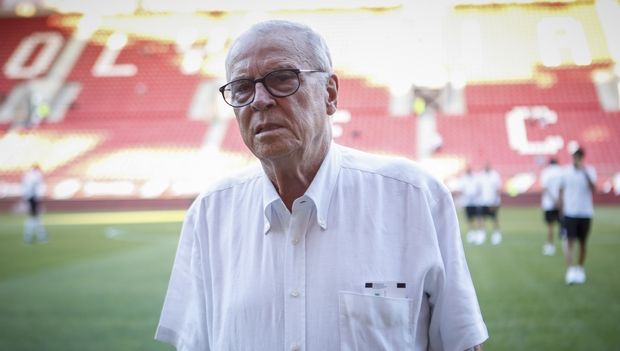 He did not live from Olympiakos, but for him Olympic

His life has many readings. The (enough) His enemies will stand in his statements from time to time, in his deeds, in whatever was against him. The (also several) his friends are given to stand in his selfless love for the red and white idea. Savvas Theodoridis lived to contribute to Olympiakos, he did not need the money either (he had a lot from the moment he was born), nor recognizability. What he wanted, is to fight for his great love, without even counting his health.

besides, nothing could make him feel better, in addition to being next to his team. His heart was pounding’ she, night and day his occupation and meaning was Olympiacos. Even his sworn enemies know that he pathologically adored the club and that he was not there to “reaped” things. The livelihood was settled early, there has never been such an issue for him. It was enough for him to be present in the battles, was the only thing that interested him. Costas Kaisaris had written them much better on the occasion of his 80th birthday on 18 February 2015, fully sketching the profile of a man-legend for the history of Olympiacos.

Child of an urban family and educated

Was born in 18 February 1935 in Ampelokipi, in the “cave” of Panathinaikos, but without this playing the slightest role in his sports “believe”. Child of an urban family, the money - as mentioned above- they have never been an issue. He was wealthy from a young age, remained so until the end. His father is a pharmacist, His mother and Savvas Theodoridis himself studied medicine. His family had perhaps the largest pharmacy in Syntagma Square, with him following her… tradition.

He got the love for Olympiakos from his father. He was among the founding members of the club, member of 100 of the immortals. He came in and honored himself, when he just stopped his career at 27 years, in order to complete his studies and pursue the profession. He put it on the peak “end titles” and those who lived it, they had to say he was a great goalkeeper, one of the biggest that Greece has produced.

His father was afraid that because of football he would not finish his studies and pressured him a lot to stop, put several obstacles in his way at that time. The pressures finally paid off, with the then young Savvas retiring from action for his science. He did not regret it. He graduated from university and later went on to further training in Amsterdam., on vitamins. As much as most people know him through his statements on television, this does not diminish that he was an educated and noble man in his outside life. He also spoke three foreign languages (English, French and Italian). 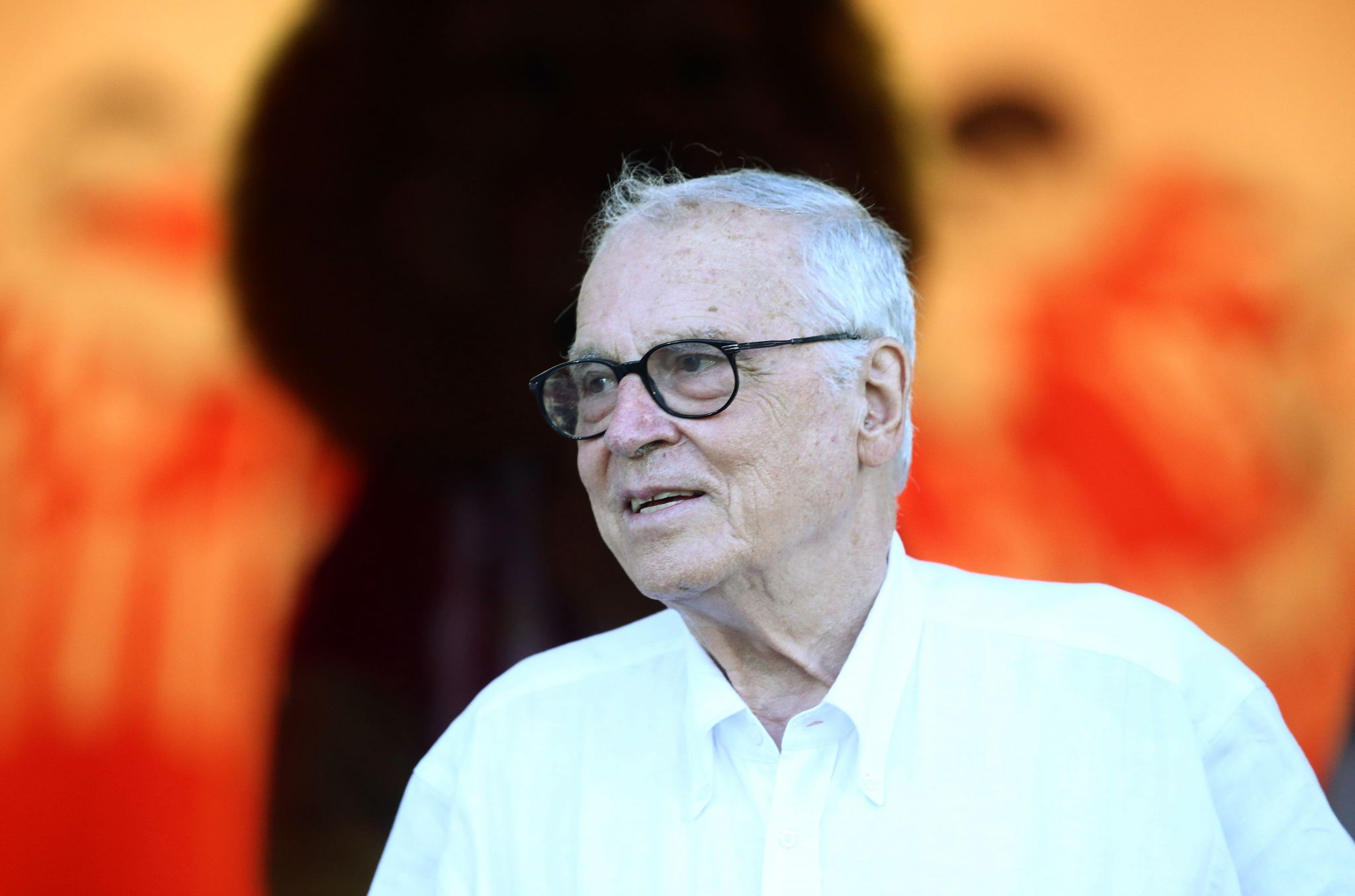 His career is short but legendary

As for his career, was short, but at the same time legendary. Savvas Theodoridis started from the Union of Ampelokipi, there he took his first steps in football and also played in the Athens Mixed Team. He trained at “Apostolos Nikolaidis” those years, his team wanted to give him to Panathinaikos who were chasing him to acquire him, but his and his father's wish was to play for Olympiacos. Opera and done…

The 1953 moved to Olympiakos and played until 1962, when he decided to stop. From 1955 until the 1959 won five consecutive championships with the red and white jersey and won five Cups (1954, 1958, 1959, 1960, 1961). Alongside, was anointed 12 times international with the coat of arms. He was a great goalkeeper in his time, His skills were unique to those years and he could definitely play for 7-8 season yet. The trophy cabinet would be adorned with other titles, while his personal achievements under the beams would be much more.

There are quite a few who claim that with the qualifications he had at that time, nowadays he could play abroad as well. Others were less talented, surely he could too. Sure, with the pathological love he had for Olympiakos, no one can take an oath that he would leave him for any team. After all, he was not interested in money, was never paid by the club. All he wanted, was to offer to the club of his heart. He gave money, he was not taking. 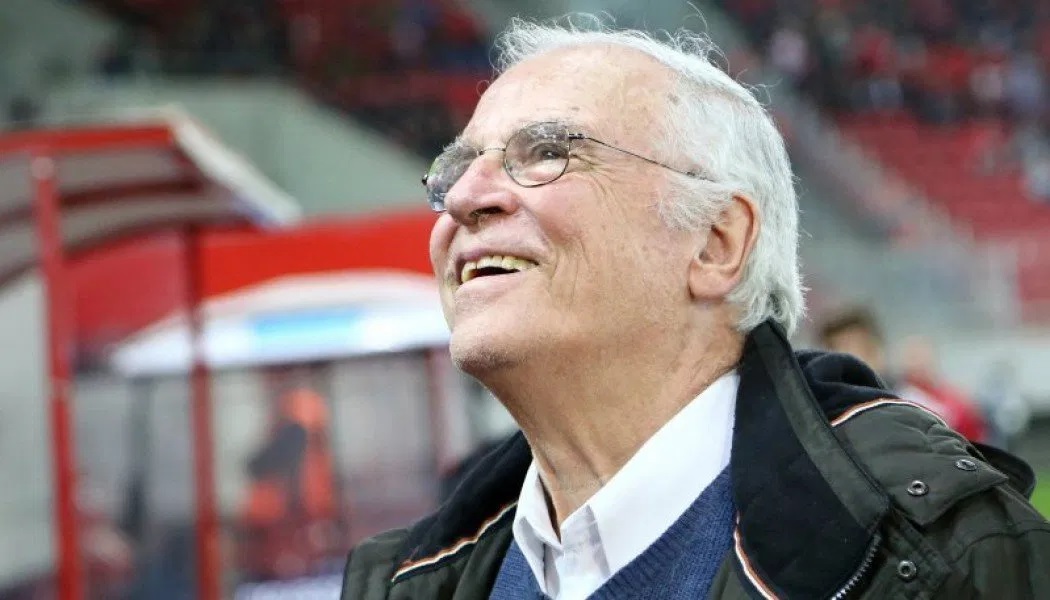 His Route as a factor and his Fear

He never saw any professional connection with Olympiakos. That’ he was not interested in that “titles” that had. He was the general leader, vice president, Honorary President, while in the past there was also an agent in the Hellenic Football Federation. As for Olympiakos, however, just wanted to offer from every post, to be active, soldier. That gave him life, this kept him upright until the end, even when serious health problems began.

He was often targeted for his attitudes and actions. You could not restrain him, nor to pick him up. He wanted to be placed, to openly express his positions, to attack Olympiacos' opponents. He was always friends with the veterans of the other teams. He loved them and they loved him. He often expressed himself with hymns for’ them, even if he was in an opposite camp. There was still the noble rivalry of that time. But when he felt that someone was wronging Olympiakos, wanted “to say them”, to externalize them. Admittedly, many times in the wrong way.

It was a very intense one, exuberant personality. He always followed his team in home and away games, he liked them… French from the opposing stands, they did not fly him. He laughed at them, they made him. His only fear was the planes, about’ that and always led. In recent years he has started boarding planes again. This fear was created by a game with the National Armed Forces, when the plane made an emergency landing in Sicily, having a damaged engine. The final destination was Algeria, with the trip finally taking place the next day. It took decades to get over it.

Savvas Theodoridis, in his personal life, he married twice and had two sons. Theodoros Theodoridis, who is currently vice-president of UEFA, is a son from his first marriage and Dimitris Theodoridis from his second with Eleni Kokkali, the later wife of Socrates Kokkalis. Divide an equal number of times, but then for more than two decades he walked to the end with his later partner.

Beyond his house in Athens, had one in Halki and one in Mykonos, who loved to go in the summers. His father was from Halki and Rhodes and his mother from Symi, which he also visited very regularly.

He lived his dream until the end

His life went exactly as he had dreamed. Successfully professional, wealthy financially, had two children, served Olympiacos (of) to the end. He also lived the joy of winning the 45th championship after two years “drought” and the smile on the lips at the title party fiesta says it all.

A teenager 85 years he lived his dream. With his good, with t’ its ugly, he was an exuberant personality who certainly did not go unnoticed by anyone. It is a special chapter in the great history of Olympiacos. He fought 67 years for’ him from a lot of crap and definitely worth it. 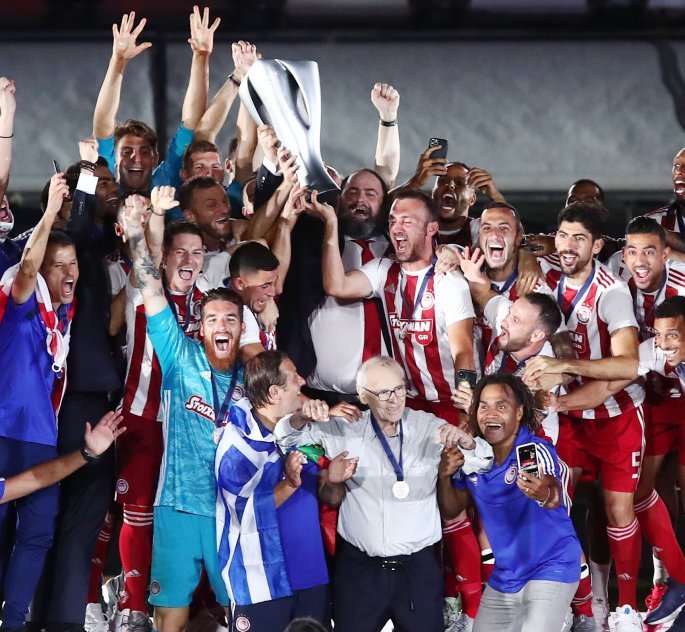 If you knew Savvas, did you know Olympiakos https://t.co/ux0qee89Vl pic.twitter.com/qXTIs7B7lw

Probably over the weekend or Monday at the latest, 14 September, ENFIA statements are expected to be posted on Taxisnet. The total amount that ...
Read more
Previous article Coronavirus-Mutation D614G : A mutation in the virus that causes it has been identified 10 times more contagious
Next article Mykonos – Call for help: To support Giannis to win the battle for life (video)
Share
Facebook
Twitter
Pinterest
WhatsApp
Linkedin
ReddIt
Viber
VK
Tumblr
Telegram
Mix
Digg
LINE
Email
Print

207 New confirmed cases of coronavirus cases, and three new deaths were recorded in the last 24 hours in our country, bringing the total cases to 13.240 and...
Read more
View more