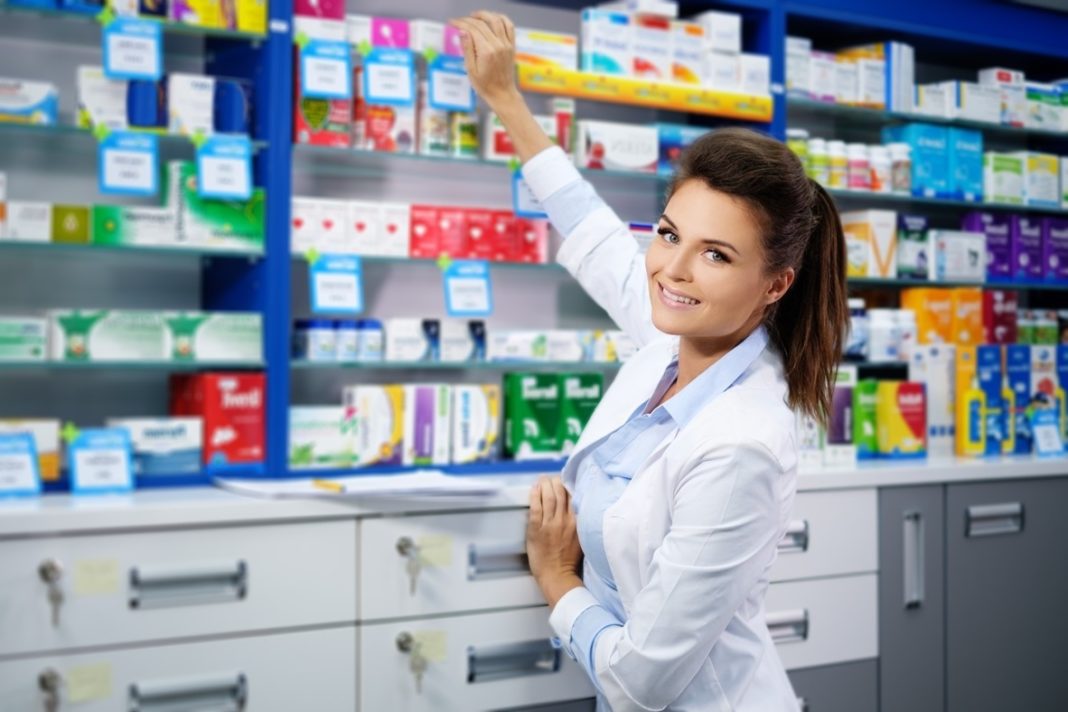 EOPYY: An electronic ticket is coming to pharmacies!! Finally the queues!!

The beneficiary on the day he wishes to visit the pharmacy of EOPYY should enter the website of the Organization (www.eopyy.gov.gr) and select "Ticket Edition". Then he will choose the pharmacy that has his preparation and by clicking the "Ticket Edition" he will receive his ticket.……

Anyone who chooses the relevant application will have the opportunity to be informed about the waiting time, which will be listed on the electronic ticket.

An important step in reducing waiting at his pharmacies Eθνικού THErganismou Prain computerprostitutes computerhi (EOPYY), The Agency is working with a new service that will be put into operation and will initially concern its pharmacies in Athens and Thessaloniki..

This is the electronic ticket (https://eticket.eopyy.gov.gr) which enables the beneficiary of High Cost Medicines (FYK) to issue electronically from the computer or from his mobile phone, priority number for service from selected pharmacies.

The beneficiary on the day he wishes to visit the pharmacy of EOPYY should enter the website of the Organization (www.eopyy.gov.gr) and select "Ticket Edition".

Then he will choose the pharmacy that has his preparation and by clicking the "Ticket Edition" he will receive his ticket..

Anyone who chooses the relevant application will have the opportunity to be informed about the waiting time, which will be listed on the electronic ticket (priority number) and which will be able to either have it on his mobile phone or print it. So, will be able to monitor in real time the evolution of the order of priority in the Pharmacy, through the code that will be included in the ticket. In that way, will be able to schedule his arrival at the pharmacy without waiting and suffering.

"It is another small but important step of the Organization towards the better service of the beneficiaries of High Cost Medicines" emphasizes the president of EOPYY Professor Vassilis Plagianakos.

He underlines that "all the technological interventions in the pharmacies of EOPYY are made with the aim of the best service of the insured with security and ease.. The new service that allows the insured to receive a service number electronically and to see the waiting time so that he can come to the pharmacy shortly before being served, will significantly reduce waiting times. Together with the extension of the appointments that starts next week at the Central Pharmacy of Thessaloniki (Michael Kalou 6) and soon in other pharmacies in the country, the insured will now be served with less delay. The new electronic ticket service that has already started from our pharmacy in Maroussi, will be piloted during the week in most EOPYY pharmacies in Athens and Thessaloniki ".

As noted in the APE-MPE, Mr.. Plagiannakos, το επόμενο βήμα γίνεται σε συνεργασία με το Υπουργείο Ψηφιακής Διακυβέρνησης και αφορά στην ανάπτυξη συστήματος ηλεκτρονικής υποβολής ατομικών αιτημάτων για την ελαχιστοποίηση της επισκεψιμότητας στις περιφερειακές διευθύνσεις και τη γρηγορότερη αποζημίωση των ασφαλισμένων. Specifically the insured, in order to be compensated, they will no longer be required to go to regional offices to submit their individual applications., but they will be able to submit them electronically. The project is in its final stages and will soon be available to beneficiaries.

2.300 Applications have already been submitted for FYK delivery by private pharmacies

"The program includes oncological drugs and drugs used to treat multiple sclerosis., for which no pre-approval is required S.system ORelectronics Proaring (ΣΗΠ). More than a dozen have already been filed 2.300 applications for FYK delivery from private pharmacies (until the end of June), of which they have already been executed 1725 requests. It is noteworthy that from the beginning of the measure until the end of May they were submitted in full 1387 requests, while in June they were filed 917 requests, which shows that the new service is "gaining" more and more FYC beneficiaries. It is really gratifying that many of the measures that have been implemented already have a great impact and acceptance by the insured. ".

Interventions in infrastructure as well

Alongside, adds the president of EOPYY,

"Important interventions in infrastructure are being promoted to improve the service of the insured in the pharmacies of the Organization. After the relocation of the old pharmacy that operated in the area of ​​Gyzi, in a new privately owned building on Alexandras Avenue with easy access to citizens as it is located right next to the metro station, A second pharmacy will soon open in the same building, which will serve the insured mainly from the Pharmacy on Alexandras Avenue 119 which closed. Furthermore, projects and extensions to other pharmacies have been planned. New waiting rooms are being prepared with air conditioning and priority numbers in Omonia. also, An expansion of the pharmacy in Kallithea is planned, while a tender has been held for a new building that will house the Toumba pharmacy in Thessaloniki ".

The Greek law on the transmission of courses is in accordance with the principles of personal data protection, Recognized by the European Commission ......... After the huge reactions of parties and ...
Read more
Previous article Coronavirus – Cancelled flights: Legal proceedings by the Commission against Greece for "open tickets"
Next article Social Tourism: Extension for Accommodation and Shipping Companies!!
Share
Facebook
Twitter
Pinterest
WhatsApp
Linkedin
ReddIt
Viber
VK
Tumblr
Telegram
Mix
Digg
LINE
Email
Print

Coronavirus Disease: 110 new infection cases – the 9 at the entrance gates, no new deaths

110 new confirmed cases of coronary heart disease and no new deaths recorded in the last 24 hours in our country, bringing the total cases to 4.587, such as...
Read more
Coronavirus - coronavirus

Coronavirus Measures – AUTh study: Case increase in August!! It is proposed to delay the opening of schools!!

Increase in COVID cases 19 in the last week of August if no action is taken, predicts a study of the spread of the coronavirus in the summer period in Greece ...... The study...
Read more
Breaking News

The government seems determined to take any additional restrictive measures needed, in order to stop the spread of the coronavirus ..... The report of the last day is extremely worrying ...
Read more
View more