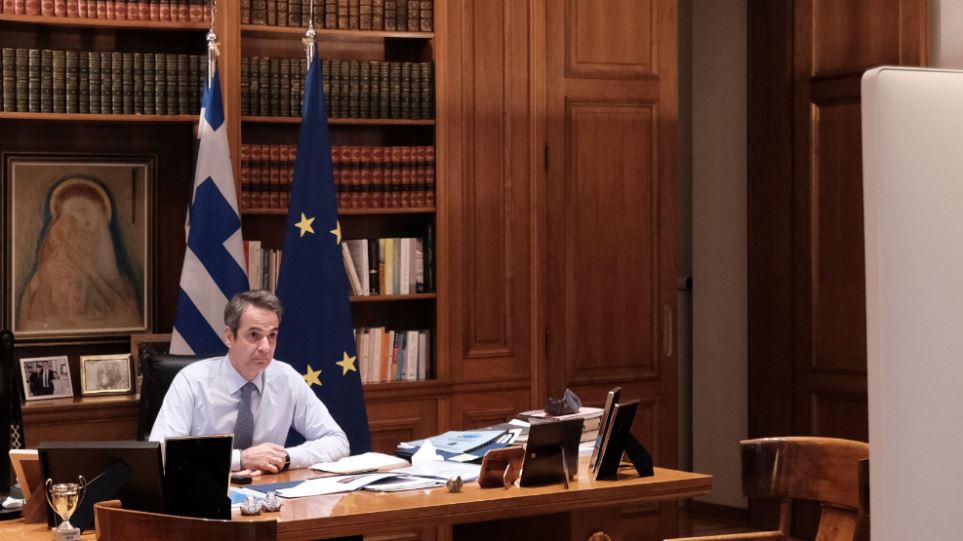 Prime Minister Kyriakos Mitsotakis participated, today, at the video conference of the leaders of the COVID-19 Management Group countries. The leaders reportedly exchanged views on the epidemiological course in their countries, as well as the course of vaccinations, which they agreed is a large and technically difficult undertaking……….

"Vaccinations need to move faster", The Prime Minister stressed that the European Union should proceed as soon as possible with the approval of the vaccine of Astra Zeneca and other companies.

The European participants, Moreover, shared their concern about the low availability of vaccines at this stage and stressed that Europe needs to move faster at this level.

In view of their teleconference 27 EU leaders. for the vaccine, next Thursday, 21 January, Kyriakos Mitsotakis, Austrian Chancellor Sebastian Kurz and the Prime Minister of Denmark, Mette Frederiksen, take the initiative in a letter requesting faster approval of the Astra Zeneca vaccine and other companies.

Κατά την διάρκεια της τηλεδιάσκεψης συζητήθηκε, still, the Prime Minister's proposal for a European vaccination certificate, which, also, will be discussed at their conference call 27, on Thursday.

Kyriakos Mitsotakis reiterated that his goal with this proposal is not to divide Europeans, but to standardize the vaccination certificate at European level, as “in one way or another, proof will be required from those traveling, whether it is a certificate, or a negative coronavirus test ".

He pointed out that the aim of the proposal is to facilitate free movement and travel.. Write down, indeed, that trips from Israel in the spring could be a "pilot" for such a proposal, as Israel will have vaccinated much of its population by then.

Animal Care and Control: The 10 axes of the pet and stray bill