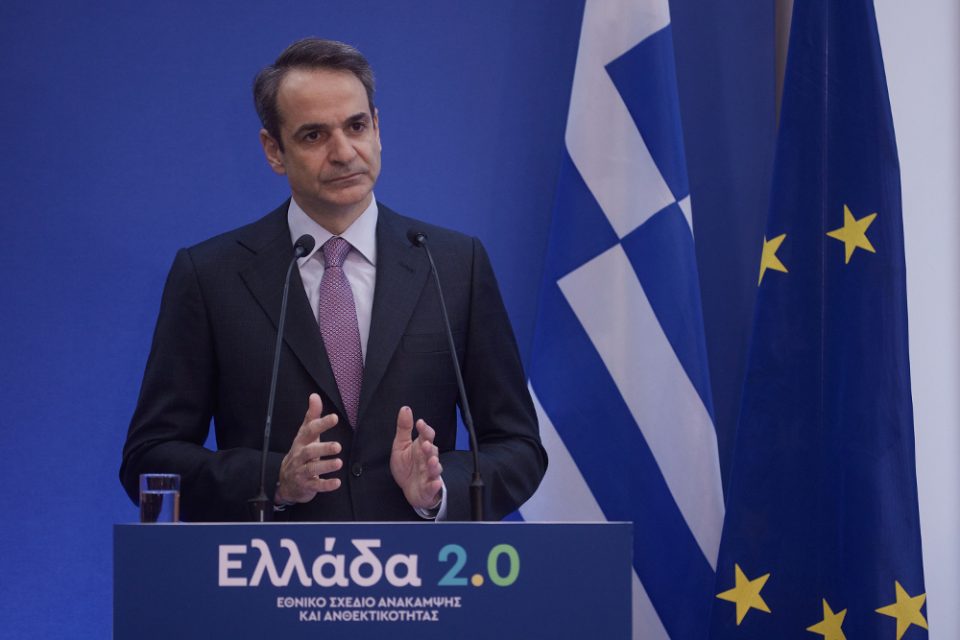 The National Recovery and Sustainability Plan is a very well thought out roadmap with 170 projects, investment and reforms. Is based on 4 pillars, the digital transition of the State and the Economy, increasing employment and social cohesion, the green economy, and the launch of productive activity…………

This is a project that covers all of Greece, concerns every Greek man and woman, and which it aspires to create 200.000 jobs but also increase GDP by 7 units in the next 6 years, noted Prime Minister, Kyriakos Mitsotakis speaking at the presentation of the National Plan for Recovery and Sustainability.

"The National Plan has a groundbreaking character, because it changes the model and makes the economy extroverted and the tax system friendly to growth and always with a view to the future ", said the prime minister and added: "Hence its name is Greece 2.0. The National Plan seeks to create many, new and well-paid jobs. Together, in any case, with project resources, the individual is invited to add his own funds by taking the relevant risk ", the prime minister also noted, Kyriakos Mitsotakis. 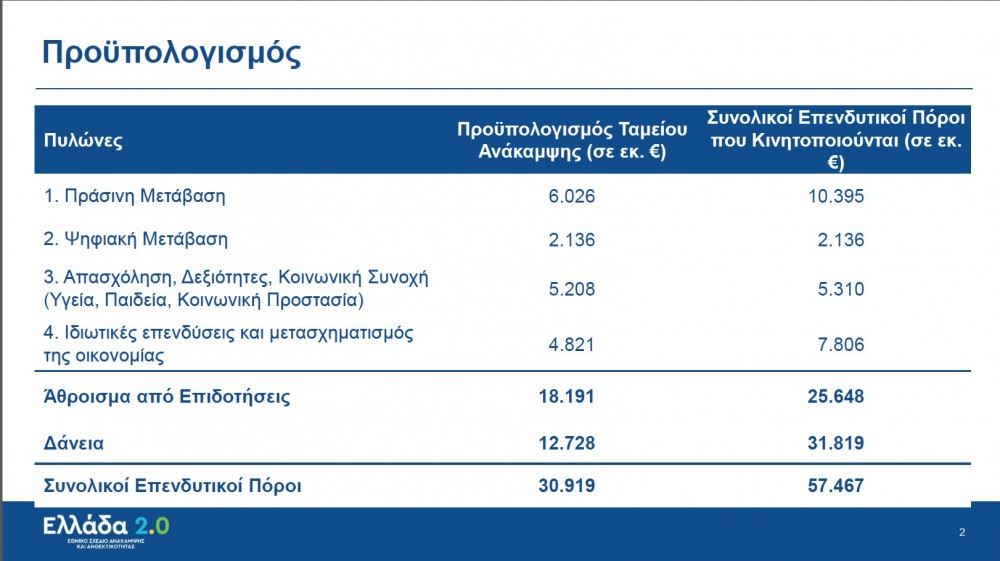 The National Plan leads to a fair redistribution of national wealth – The effort that begins today means more work, especially for our young people

"The National Recovery Plan creates a new daily life for all citizens" continued Kyriakos Mitsotakis. "It does not only include credits and actions, but it marks a rupture with established perceptions that are riveting our economy. It is a real national plan that presses on the priorities of the Pissaridis plan ", the Prime Minister stressed and added: "Because the directions have been made in Greece and they concern Greece. They have been made by Greeks and concern Greeks. The Greek government has full ownership. Incorporates experience from the pandemic. Eliminates established pathogens. The National Plan leads to a fair redistribution of national wealth. The effort that starts today means more jobs especially for our young people and a better everyday life for everyone. ", Kyriakos Mitsotakis also noted. 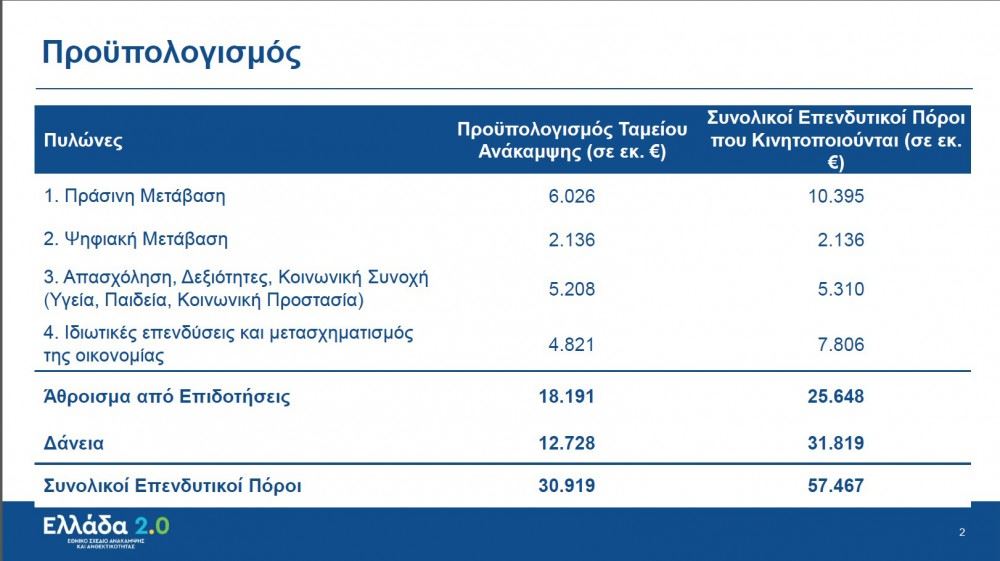 The National Recovery Plan is not about one government, concerns the whole country – It's a big bet we all have to win together

"The National Recovery Plan is not about one government, concerns the whole country, it is too big to fit in a party ", the prime minister then stressed and stated that: "It is not limited to terms, but spreads over decades. Constitutes, hence, opportunity to build broader consensus. But it is primarily a big bet that we must all win together. ", Kyriakos Mitsotakis also noted speaking at the presentation of the National Plan for Recovery and Sustainability.

What is the "Greece 2.0" program?;, The Undersecretary of State, Akis Skertsos, was asked in an introductory question to answer immediately after: It is a coherent investment and reform plan that aims to update the software and hardware of Greece to speak the language of young people, as it is a plan for the future. It is something like the updates that come to our mobile, was an example brought by A.. Scherzos and added: The goal is to create the best version of our country. In addition, the Undersecretary, despite the Prime Minister, described the timing of the Plan as "ideal" as it comes with the completion 200 years since the struggle for Greek independence

Previous article Reopening of schools: Self Tests in schools!! How and when they will be made
Next article School Year Extension: Makri announced the extension of the school year until the end of June
Share
Facebook
Twitter
Pinterest
WhatsApp
Linkedin
ReddIt
Viber
VK
Tumblr
Telegram
Mix
Digg
LINE
Email
Print