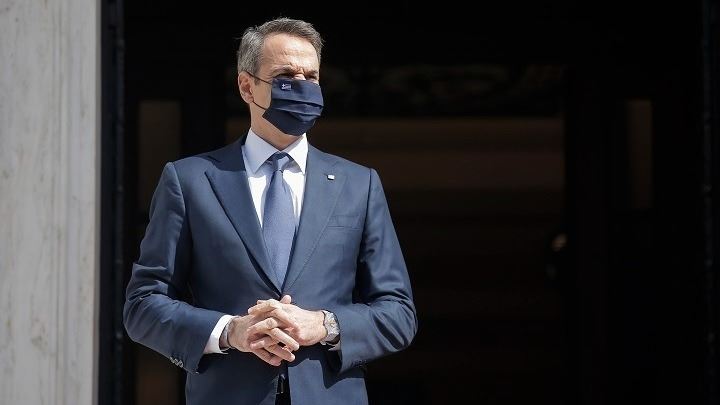 PM Mitsotakis visiting Libya: Greece is ready to support Libya in all ways, in a bilateral and European context

Official visit, which marks the resumption of Greek relations – Libya, is being held today in the neighboring country by the Prime Minister, Kyriakos Mitsotakis, who will be accompanied by the Minister of Foreign Affairs, Nikos Dendias…………

"Libya is taking the first steps to restore normalcy and Greece will do everything,what can to strengthen it. A prerequisite for normalcy is the withdrawal of all foreign troops and mercenaries. "In a normal Libya, the Turkish-Libyan memorandum imagining the sharing of marine life cannot be valid." interceded from Belgrade, where the Foreign Minister was yesterday, Nikos Dendias.

On the same wavelength, the government spokesperson, Aristotle Peloni, pointed out in yesterday's briefing of the political authors that "Greece supports the new government and is ready to support its effort to lead the country to credible and inclusive elections, and, Consequently, in political normalcy and reconstruction ".

Asked about it, Ms. Peloni confirms that during his meetings in Libya Kyriakos Mitsotakis will raise the issue of the illegal Turkish-Libyan memorandum.

On this, indeed, stated in this regard that "It's important for Libya in this new era, get rid of weights that pull it down, such as the presence of foreign forces and mercenaries in its territory. But also from texts that are non-existent and violate international law ", Noting that Greece is ready to support Libya and the Libyans in all possible ways in both bilateral, as well as in the European context.

There is a strong belief in Athens that the reopening of the Greek embassy in Tripoli, and the re-establishment of the Consulate General in Benghazi will make a significant contribution to strengthening bilateral co-operation in all areas, especially in energy, construction and security with significant prospects in economic and trade relations.

According to the official schedule, Kyriakos Mitsotakis will meet with the Prime Minister of the Transitional Government of National Unity of Libya (GNU), Abdul Hamid Dibeba (Abdul Hamid Dbeibeh) at 15:25 local time (16:25 GMT). Alongside, Foreign Minister Nikos Dendias to meet with Nazla al Mangous counterpart (Najla al-Mangoush). Expanded talks of the delegations will follow, after which the two leaders will make statements to the press.. At 17:00 local time (18:00 GMT), Kyriakos Mitsotakis will meet with the President of the Presidential Council of Libya, Mohamed el Manfi (Mohamed al-Menfi) and then extended talks will follow.

The visit of the Greek Prime Minister will end with his visit to the Greek Embassy in Libya.