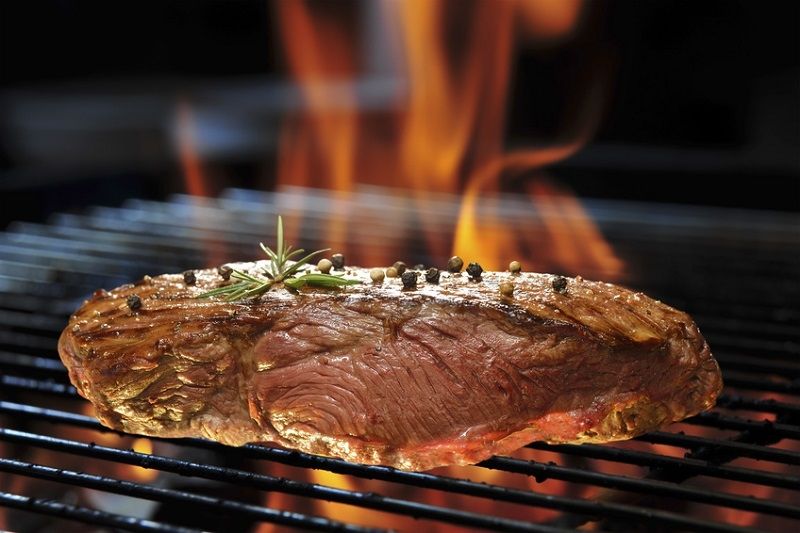 How to bake the Perfect Juicy Steak (Videos+tips)

Mykonos TickerLeading news source for Mykonos and the Region
Mykonos Tciker Food & Wine Fine Dining
Of course, especially in our country kreatolagno, all pretty much (except vegetarians) We know how to appreciate the juicy, beloved meat in any form……..
Compared with Western Europe, we always the eternal question of how and whether to allow the meat to cook on the fire-or if you want how much of the natural fluids must accompany to plate.
The truth is, that the preparation of any meat or steak albeit one wants to be pleased- not work "harp-glue". On the other, it is not necessary to have all our home grills professional.
Let's look at the best methods, that our meat to provide us maximum enjoyment ...

The temperature of the meat must be, even before it enters the "circle" cooking, at least room. A good solution is to wrap it in a suitable membrane and layer 30-60 minutes in hot water.

However, even let it come naturally at room temperature, will be fine. Of course, All this implies not hungry like wolves…

All modern known chef appear to agree on the need for the surface of the meat is dry and dry, before starting to cook. This can be done even with imaginative means, using e.g.. hot air from dryer ....

Drying is necessary, as a liquid external steak "fighting" to create the outer crust so it possible to incorporate some unwanted odors reminiscent of boiled meat. also seems, that drying helps to more easily browned meat.

There is an important aspect in which, Meat should not be salted before cooking, as the phenomenon of osmosis makes the meat juices to leave the body when the muscle fibers and opened holes cut into the meat. The majority, however, specific supports exactly the opposite.

Most refer to "brave" salting the raw meat, which should follow at least 10 minutes xekourasis- something that has to do with how smoothly will then cooked meat. some again, the salted mid of baking. Salting course to top, It gives the crust a enviable salty tone.

Experience shows that salt is not particularly conducive to an excessive loss of juice, probably because time for this to happen is more than the amount required for cooking meat.

The transfer of heat is achieved inter alia by using shortening the meat surface, especially oil or pure butter before cooking (always talk to a thin layer and not for excesses). Others prefer corresponding to "wetting" the pan -and not meat- with butter or oil.

The shortening is strategic for those who cook in the pan, to prevent the meat stick .... Others, more adventurous, playing with oil and lemon juice -a method that ejects the taste of meat but makes washing the pan then seem ... hell. 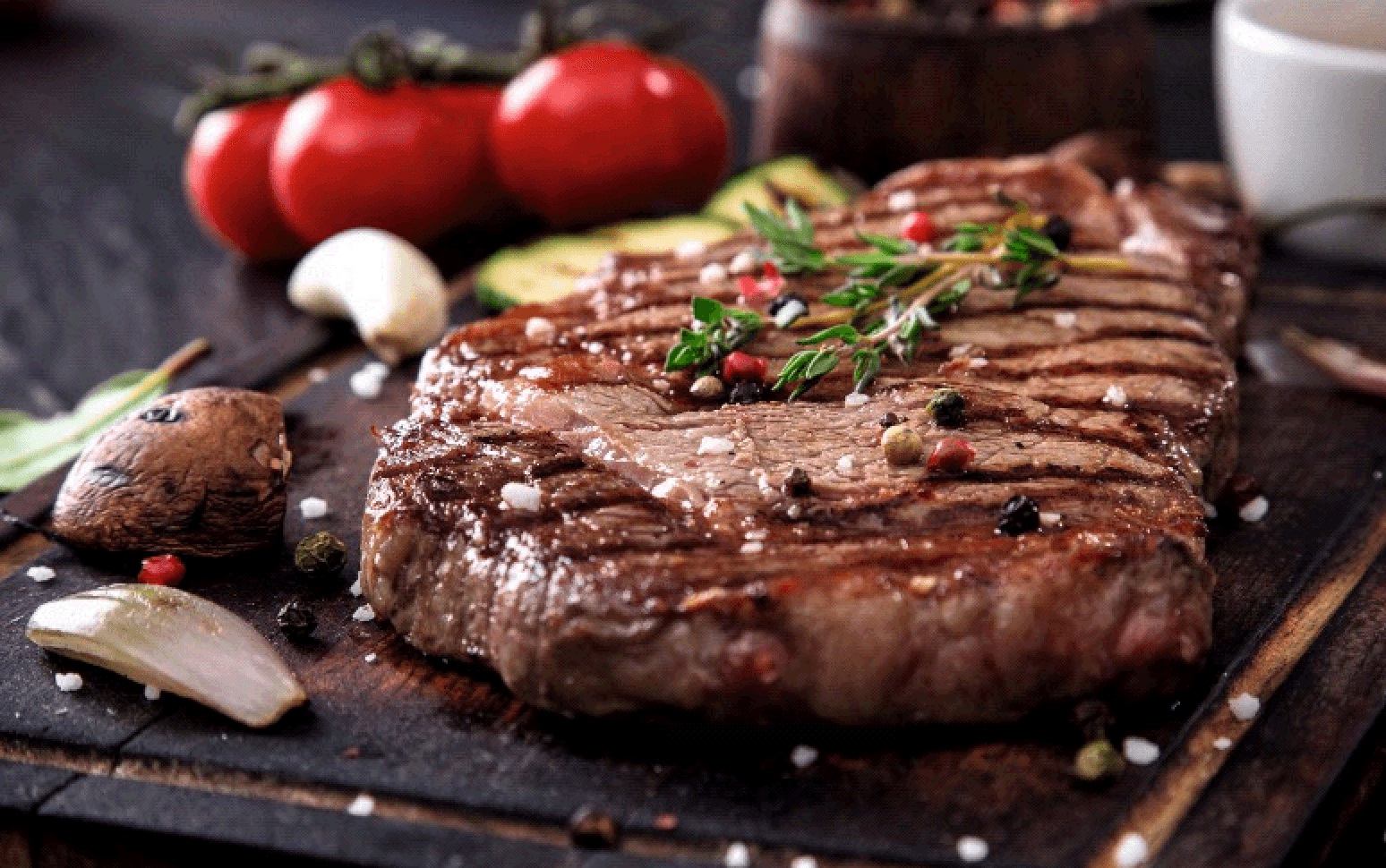 Others add butter when most meat has begun browning. The butter has been hit with crushed garlic (a so-called garlic butter), used to perilousei meat at the end of the cooking process, just before serving and do it juicy and tasty. This process gives the meat a rich flavor. Butter and garlic made with a crust of meat, giving a sense of taste magic. 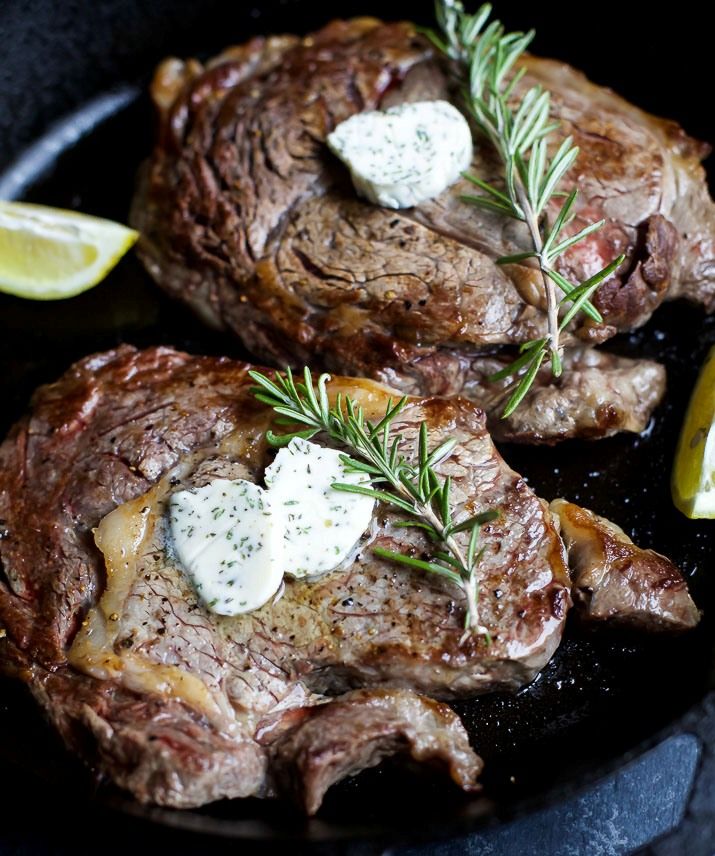 Here we divide. Half of the chefs and experts talking about very high baking temperature, others are more modest. Other preheat the pan over high heat and lower when put up the steak. However, when you put the steak in the pan, You should not be able to keep your fingers even for a second over the surface vessel.

The mystics claim that frequent "spin" of steak in the pan helps the meat nor absorb and neither emit large amounts of heat. So, faster cooking, not baked too.

However, one way or another, shooting helps you to control the state of preparation. The steak is very valuable commodity to submit it to the risk of becoming charcoal ...! 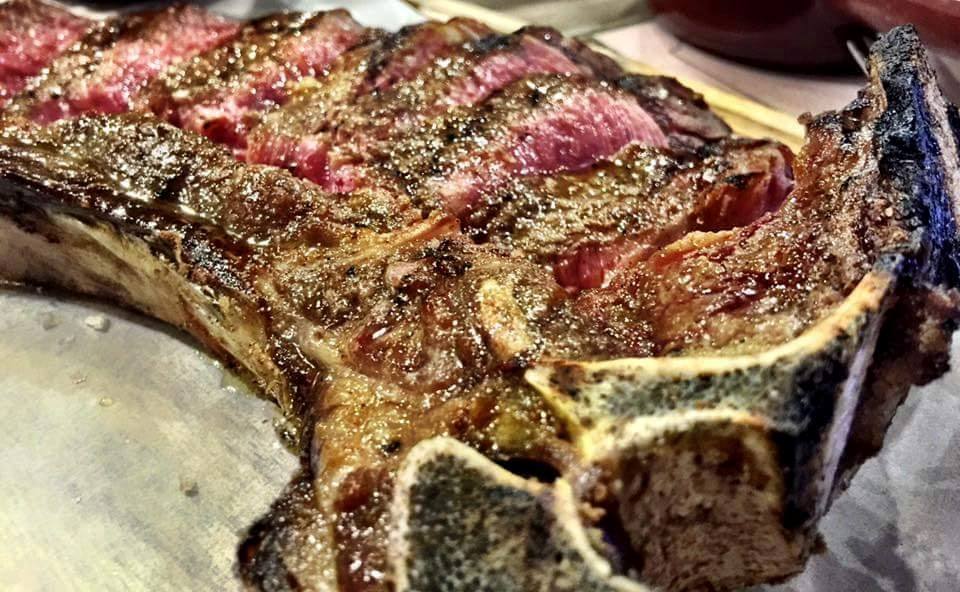 – Remove the steaks from the refrigerator two hours before cooking and let them reach room temperature.

– Preheat a frying pan with a thick base (if cast iron is even better) over medium heat.

– Dry the surface of the steak with a clean kitchen towel and with a forceps gently touch the meat in the pan (which optionally have smeared with a little oil) until golden.

– Meanwhile Season the steak with a sufficient amount of salt and freshly ground pepper and then reinsert it into the pan on the other side.

– Leave it for about 90 seconds on each side, pressing with a spatula and make sure that both sides have been fired externally.

– Subsequently, add butter, garlic and thyme to the pan, and when the mixture was melt, drizzle the meat with the sauce and turns per minute, μέχρι να ψηθεί όσο σας αρέσει.

– A chop thickness four centimeters wants on average 6-7 minutes cooking. And the eye but you, παίζει ρόλο.

– End, remove the pan from the heat and leave it with the contents, somewhere warm for 5 λεπτά και στη συνέχεια σερβίρετε…

How To… cook steak, with Jamie Oliver’s mate Pete

How to Grill the Perfect Steak

Gordon Ramsay: How to Cook the Perfect Steak

The EU has announced them 14 χώρες των οποίων οι πολίτες θεωρούνται "ασφαλείς" to remain from 1 July, despite the pandemic - αλλά...
Read more
Health

Greece is a breath of fresh air, before the opening of airports and ports, Experts are concerned about the "imported" cases of coronavirus that are now appearing..
Read more
View more