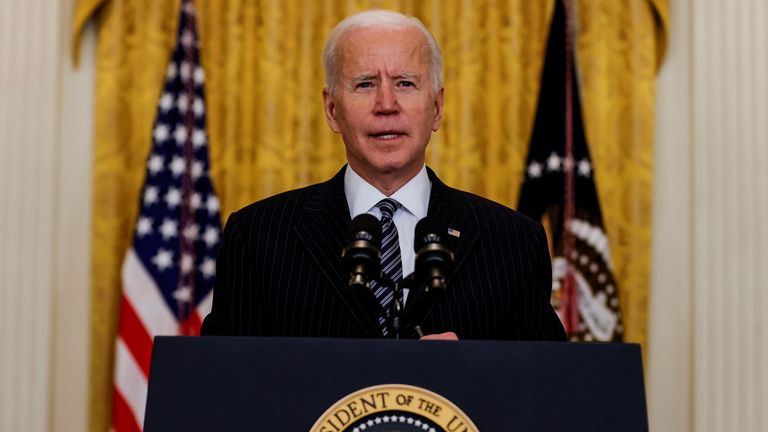 President Joe Biden: Under my government, the United States and Greece will be as close as possible

Online event to celebrate 200 years since the Greek Revolution was organized by the White House, in which more than 100 members of the Greek American community. The event was coordinated by a representative of the White House of Greek origin, Jen Psaki, with President Joe Biden addressing expatriates, saying: "I see the screen and I see many good friends"………

The American president referred to the telephone conversation he had with the Prime Minister Kyriakos Mitsotakis, saying he would come to visit him in Washington when the coronavirus allows it. indeed, did not hide his desire to build an even stronger relationship to promote the common interests that the US has with Greece, noting that this was the main issue he discussed with the Prime Minister. "Under my government, we will be as close as possible. I promise you that. I am committed to building a stronger partnership than,what we already have and to promote our common interests. That was the main issue we talked about with the Prime Minister. ", he said.

With the phrase "I have not abandoned it yet", Joe Biden made special reference to the Cyprus issue, as he recalled that he had worked for many years on this issue with the senator and his close friend Paul Sarbanis. "Paul involved me when we were trying to see how we would handle Cyprus for many years. I have not given it up yet (the Cyprus issue)», said the American president to the Greek expatriates. Among those present were Archbishop Elpidoforos of America and MPs Dina Taitus, John Sarbanis and Gus Bilirakis, as well as lobbyist Mike Manatos, who received an open invitation from the president to visit him, Father Alexandros Karloutsos, George Tsounis and other prominent members of the Greek-American community.

President Biden expressed regret that he failed to host expatriates at the traditional White House annual event, saying “I promise you, next year, with the pandemic behind us, we will have an important celebration ".

Previous article Lockdown end? Landmark dates for Schools, Retail, Focus, movement outside the Prefecture
Next article Covid-19 Antigen Self-Test: Announcements today for Self test – Who will be forced to do it – It is not obligatory to declare the results!!
Share
Facebook
Twitter
Pinterest
WhatsApp
Linkedin
ReddIt
Viber
VK
Tumblr
Telegram
Mix
Digg
LINE
Email
Print