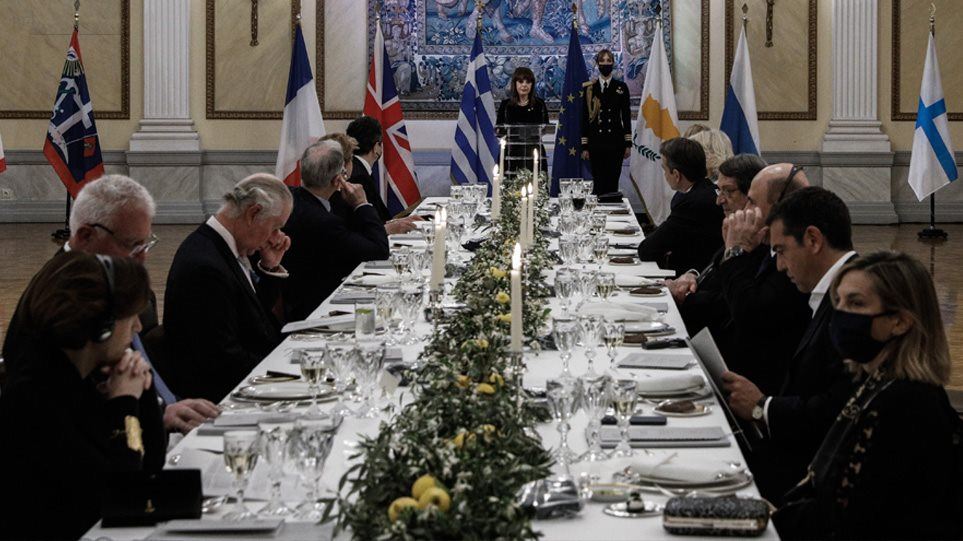 President Sakellaropoulou: His legacy 1821 brings the universality and universality of the ideas and values ​​of its time

With all formality and with strict health protocol, the President of the Republic Katerina Sakellaropoulou welcomed the foreign leaders at the Presidential Palace for the official dinner on the occasion of the celebration of 200 years since the Greek Revolution………..

During her address, Mrs. Sakellaropoulou, after welcoming the high guests and thanking them for their presence in our country, stressed that our peoples maintain long friendships and strong ties since the birth of the modern Greek State.

Alongside, stressed that the contribution of the great powers of the time, of France, of England and Russia, in the struggle was great and reminded that the philhellenic movement provided continuous support, material and ethical, while he observed that great forms of spirit and arts praised the Greek uprising and radically influenced public opinion in Europe and America.. "A philhellenic conscience was formed that distinguished in the liberation of our country a major geopolitical and state event" stressed the President.

Referring to self-denial and self-sacrifice, with which the Greeks fought, Mrs. Sakellaropoulou pointed out that all social classes, lay people and clergy, united in the face of the pandemic purpose of shaking off the Turkish yoke and added that on the side of the Greeks were also Cypriots of the Diaspora who participated in the Friendly Society and financially strengthened the Revolution, while many were the brave Cypriot fighters, with the most famous the heroic "Phalanx of the Cypriots", who gave their blood in his battles 21.

He reminded, also, that our ancestors did not fight, only for their independence, but also for their political freedom, as well as under the influence of the American and French revolutions in particular, laid the foundations for a democratic and liberal State.

indeed, stressed that in a short time since the proclamation of the Revolution they secured, in the Constitutions of the Struggle, democratic principle and representation, rights and distinction of functions. "In the Greek constitution we find the strong imprint of the Enlightenment and the creative momentum that inspired the Greeks with the ideals of freedom and equality," the President stressed, adding that "The Greek Revolution functioned as a melting pot of modernity and tradition.. Local communities were formed into a collective political body. The will of the nation has become united and indivisible, body of power and unity of our people ". However, noted, that his legacy 1821 it is not only Greek. On the contrary, it carries the universality and universality of the ideas and values ​​of its time..

as told, to this acquis we return, on the occasion of their anniversary 200 years and referred to the challenges we face today, with the first pandemic, which tests our health and freedom, but also on other critical issues, such as climate change and the dialogue of cultures, Our reduction to the origins of the Enlightenment and the constitution is not a theoretical exercise. "Our commitment to safeguarding all those guarantees and institutional counterweights against the abuse of power, public and private, shields our democracy ", the President underlined and noted that the political and historical time is now running at a pace that makes it difficult to understand and manage the events.

Subsequently, referred to all those who challenge the rule of law, on the occasion of the successive crises of recent years and speak of fatigue and crisis of democracy. In the public sphere the tensions are dense. "There is no doubt that politics mobilizes our passion and emotion, stimulates our mood. But it should not be equated with that. Politics talks to priorities and circumstances, serves social needs and the public interest. Our democracy is not shrinking at the moment. They make it up, it is delimited and guided by the basic principles and values ​​of our constitutional texts, those who gave breath and strength to our State and continue our people "stressed the President of the Republic and concluded by emphasizing that" In our common assumptions, historical and value, political and cultural, have fastened and flourished, the last two centuries, relations between our nations. Today we have the special pleasure to pay the highest price to them together ".