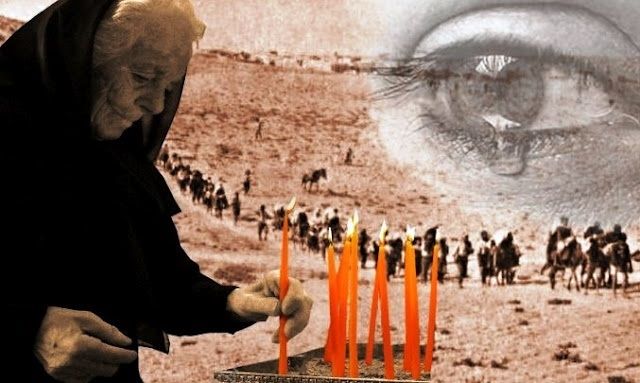 Hellenism of Pontos. This year's event will take place on May 22 2016, Sunday.
Commemorating the day of remembrance of the genocide of the Pontic Greeks The following events will take place :

Sunday 22 May 2016
1.General Bunting in extended area, by the 8th morning hours until sunset on 22 May 2016.
2.Illumination of all public stores, Entity stores, OTA, Banks and utilities in the evening of 22 May 2015 until the morning of the next.

Kindly adjust:
a.Ta of Rite, the Metropolis of Syros, Tinos etc..
B. The mood of music, the Municipality Syros-Syros.
g.Ta class, the Police Directorate Cyclades.

Responsible for the proper implementation of the program designated officials of the South Aegean Region Mourselas Constantine and Constantine Rousounelos.

As part of events Tuesday 24 May 2016 and time 20:30 The theatrical performance will take place at the Apollo Theater "The children of the Flood".
The project refers to the thousands of children hosting, refugee in then American orphanage of Syros and is a tribute to the master of Syros, refugee and he, Zechariah Drossos and children who lived in the orphanage (now camp).