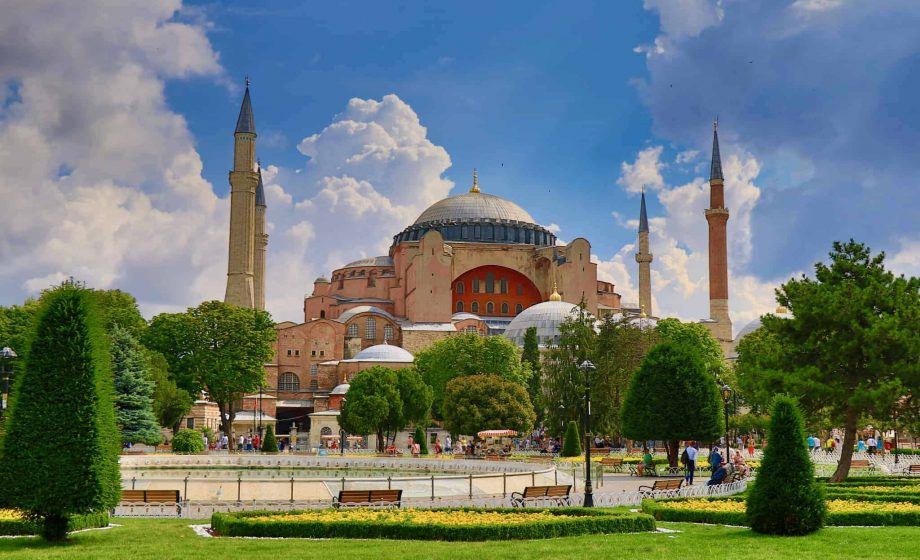 The Turkish president, Recep Tayyip Erdogan, he does not miss the opportunity to provoke Greece with his attitude and announcements………

The Turkish President appeared provocative, Recep Tayyip Erdogan, as he announced that on Friday, 29 May, a prayer will be offered at Hagia Sophia, on the occasion of the Fall of Constantinople. According to Maria Zacharaki's report, it is not clear whether the Qur'an will be read inside or outside Hagia Sophia.

The Turkish president has announced that an excerpt from the Koran will be read in Hagia Sophia, while there will be prayer. "We will celebrate with our nation the joy of conquest", Recep Tayyip Erdogan said in his speech after the cabinet meeting.

The Turkish President announcing tomorrow's program for the anniversary of the fall, said that "in the context of the events for the fall organized by the Ministry of Culture, excerpts from the Qur'an will be read and prayer will be offered.". Earlier, Erdogan inaugurated the reference hospital in Asian Istanbul.

in any case, earlier, Turkey's Director of Religious Affairs Ali Erbas, had said he would not offer a Muslim prayer on Friday in Sultanahmet Square between Hagia Sophia and the Blue Mosque. (Sultanahmet Mosque), but at the Fatih mosque in Istanbul.

Ali Erbas did not justify his decision, but added that "we may hold Friday prayers in the square and courtyard of the Sultanahmet Mosque in the coming weeks or later.".

It is worth noting that Ali Erbas was the one who, as he had stated two days ago, thought of praying the first prayer after the reopening of the mosques, 29 May, in the square between Hagia Sophia and the Blue Mosque. In fact, he had said in an online interview that "on May 29, which symbolizes conquest, by the will of God we will conquer those Muslim mosques that are the symbols of conquest ", referring to the anniversary of the fall of Constantinople by the Ottomans on May 29 1453 which is celebrated as the day of "Conquest" (Fatih) for the Turks. With his statements he had fed the scenarios for the conversion of the Museum of Hagia Sophia into a mosque, as he has done with his repeated statements from 2016 President Erdogan himself.

What changes in ASEP, Electoral law of Local Government!! The Minister of Interior Takis Theodorikakos presented the next reforms of the Ministry and they concern the New ASEP, teleworking,...
Read more

Despite the travel ban with the new measures, επιτρέπεται take away και delivery Από το πρωί του Σαββάτου (24/10) entered into force a decision with ...
Read more

They were published today in the Government Gazette, the new protection measures for the second pandemic wave, which, among other things, provide for the mandatory use of a mask in ...
Read more
Previous article Education – Multidisciplinary plan for Education: "Return" and Latin return!! What Changes in Grades and Promotion!! [The Draft Law]
Next article 29 May 1453: When “the city is burning….»
Share
Facebook
Twitter
Pinterest
WhatsApp
Linkedin
ReddIt
Viber
VK
Tumblr
Telegram
Mix
Digg
LINE
Email
Print

Coronavirus Pandemic: The next measures are being considered, for Focus, Traffic Prohibition outside the Prefecture, Movement Restriction!!

Coronavirus Pandemic: Queues at the NSS for Covid-19 test, due to symptoms!! Ice cream: 24.000 test every day!!

Weather Forecast: Cold invasion in the following days, the first snow will fall!! November is cold!!