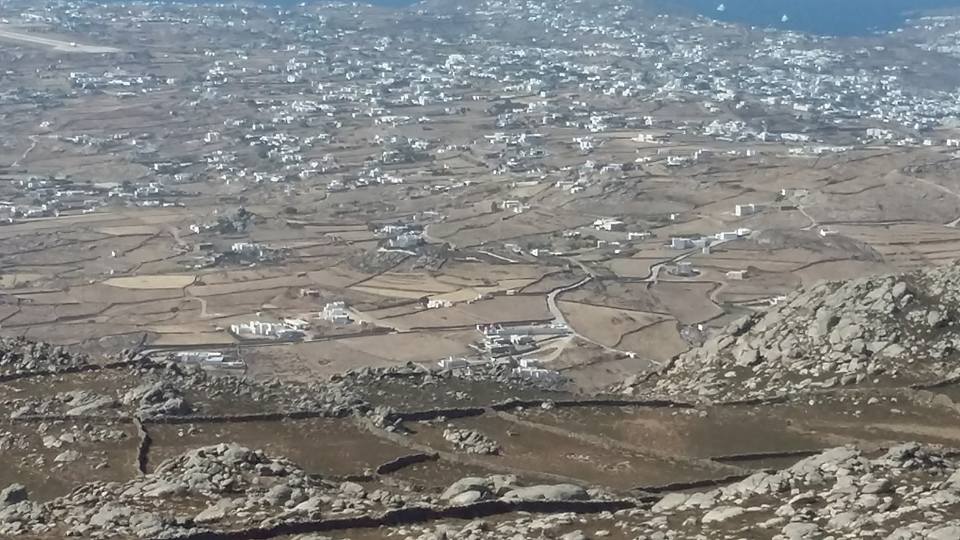 The scene in the out-of-plan construction is changing!! The Ministry of Environment plans to reduce the deviations because today, with special terms and sometimes photographic provisions, in practice the main axis that is for the residence the four acres is circumvented……..

According to sources from the Ministry of Environment in the newspaper "TA NEA", there is no question of a general abolition of deviations, through which areas up to 2 acres in out-of-plan areas but their drastic restriction.

It is pointed out that nowhere in Europe is the concept of out-of-plan construction and construction outside of institutionalized areas.

In the first phase, the focus is on the very small perfection in the off-plan areas that allow the construction of agricultural parcels. 750 or also 1.200 square meters instead of the four layers which is the basic rule in off-plan construction. This is because these two - mainly - cases also create big problems.

At the same time, the scenario for full legitimacy of the arbitrary is reportedly being abandoned (concern those who do not have any building permit) by transferring a building factor because this regulation conflicts with unconstitutionality.

It is noted that today based on what is valid, arbitrary ones that do not have any building permit or are exceeded - at least - against 405 to cover and build or elevate above 20% (that is, the arbitrary buildings belonging to the so-called category 5) They arranged for 30 years.

In fact, with the new legislative initiatives, they were announced at the beginning of the year- and which are typically expected to be implemented in the fall except in the fall - real estate is not expected to be settled with very large urban planning violations (and without a building permit) after 30 his June 2020.

We would like to inform you that tomorrow Wednesday 8 July, the crew of DEYA. Mykonos, will repair the fault in the water supply network in ...
Read more
Previous article Coronavirus Travel-Aegean: Hurriyet talks about a joint Greek-Turkish advertising campaign for the Aegean
Next article Coronavirus Travel – Gogos : The islands must be prepared for tourists with cases
Share
Facebook
Twitter
Pinterest
WhatsApp
Linkedin
ReddIt
Viber
VK
Tumblr
Telegram
Mix
Digg
LINE
Email
Print