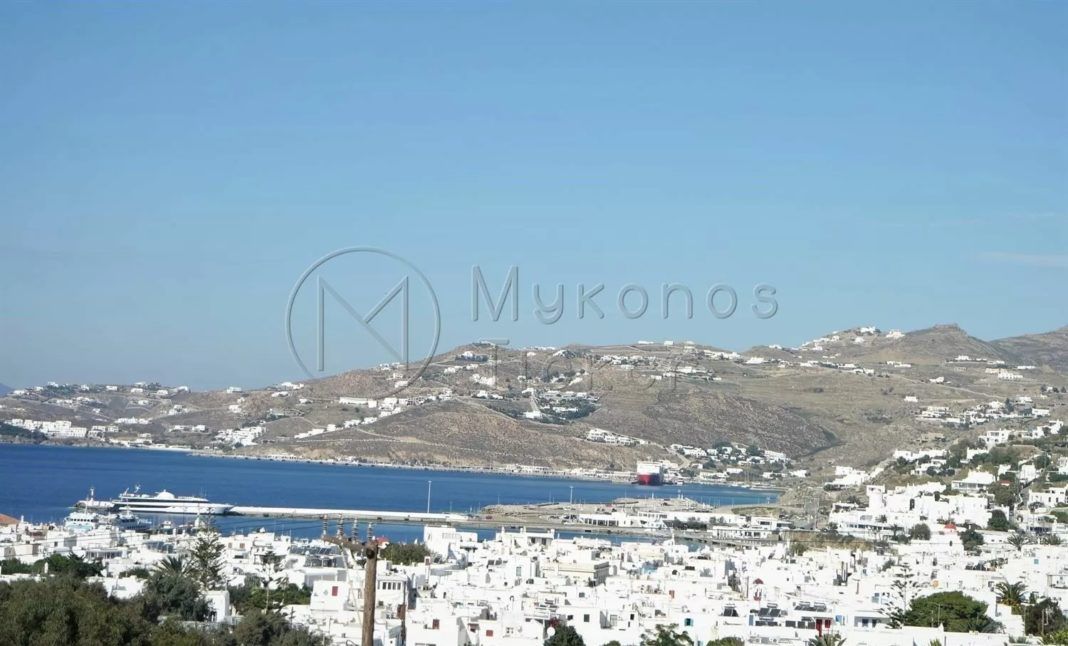 Property: Breath in thousands of citizens!! The building transfer factor is activated

Closer than ever is the activation of the building factor transfer, an institution that has been on the ice for decades and is expected to breathe new life into thousands of citizens……

Breath in thousands of citizens

indeed, This is a second chance for both owners of large arbitrariness and for those who can afford it, so that they can unblock them and "exploit" their property.

Alongside, The Ministry of Environment will try to put a brake on both the out-of-plan construction and the derogatory construction of buildings through the spatial bill..

According to secure information, to achieve this Reconstruction incentives will be established in areas within the plan and respectively disincentives for out-of-plan.

besides, Derogatory out-of-plan construction for industry professionals is also one of the main reasons the country counts more than 1,5 million. arbitrarily.

So, with these provisions, RIS is trying to turn the page.

Regarding the off-plan construction, this will be achieved through Local Spatial Plans.

Today only the 20% of Greek territory has urban plans, while studies are underway for 26%.

Target, according to RIS, are in six years to have been completed throughout Greece.

The elaboration of the HFSF will not take place at the municipal level, since in this way there will be delays but at the level of municipal districts with a hierarchy. This practically means that they will start first from those that are under great developmental pressures or have environmental and social problems..

According to the draft law and because it is impossible to run studies simultaneously in all municipal districts - which are more than 1.000 across the country - as the potential of scholars is sufficient to carry out 200 studies at the same time, moves will be made to reduce the time period from the assignment to the approval of the plans 2,5 years from 12 required today for the completion of a General Urban Plan or a Plan for Spatial and Housing Organization of Open Cities (ΣΧΟΟΑΠ).

With another layout, the draft law provides for the strengthening of various forms of organized development for all productive activities such as industry, logistics etc.. Between them, is the increase in building factor from 0,2 (case of business parks) in 0,3, as well as the improvement of other building conditions such as the volume factor and the allowed height.

But what about the MSD;

In the past, rate transfer securities have been issued, monuments and listed properties corresponding to above 1.100.000 m., however, the termination of the institution left pending titles corresponding to 450.000 m., whose value is estimated to exceed 185 million. euros and in the air many owners who did not have the opportunity to turn them into real estate.

As it is known, the transfer of the building factor covers real estate, for which the owner is not allowed to use the entire rate applicable in the area. The owner of these properties may request the issuance of a building title transfer certificate., which will give him the right to transfer the remaining rate of his property.

Although for heavy arbitrariness, the deadline for their legalization counts down and then the process διαδικασία bulldozer, The aim of RIS is to have an alternative, if and when the Council of State gives the green light. At the moment the declared arbitrariness of the category 5 exceed 400.000, correspond to 35% of affiliation applications and include more than 35 million. square meters of arbitrary construction.

But what is the process for the ICC to proceed in practice?; It will be done through the Digital Land Bank, which is expected to buy a building rate from the owners of the listed or even designated monuments and sell it to those who have arbitrarily with very large infringements.. Those who receive the money by giving a rate will be obliged to restore the listed and those who will buy the rate in the legal settlement of their violations.

Simultaneously, through the Land Bank the municipality will be able to intervene in abandoned properties, to bind them, to restore them with funding from individuals, who will undertake through a tender their exploitation for some years and as soon as the restoration cost is amortized, to return them to the owners. If in the meantime the owner appears and wishes to take advantage of it himself, will be able to do so by paying the cost of restoration.

Digital Earth Bank will also be able to carry out exchanges of building cooperatives, which are blocked either because they are forested or for some other reason and are not buildable, with other public areas that are available and can be built. Alongside, will allow municipalities to sell rates from committed unstructured properties, so that they can obtain resources to expropriate additional plots, in order to build common areas.

The ITG, prepared by the Technical Chamber of Greece, is essentially an electronic platform - faceless purchase and sale of building rights with monetary value, with sellers and buyers registering their rights in order to proceed with the purchase and sale. Alongside, It also functions as a compensation mechanism for beneficiaries at no cost to the State, while it will also provide resources for green projects.

For example, Suppose there is a completely arbitrary out of plan in Marathon, 100 sq.m. with the price band 1.000 euro. The Building Factor purchase is calculated at 100.000. euro. Of these, 5%, as expected, will go to the Green Fund for action. This is an amount corresponding to 5.000 euro.

This is followed by the reduction rate or offsetting with a special penalty of Zone Reception Zone and the urban planning. After these are done and the amount corresponding to the transferred building factor is paid, the legalization is completed and the legal building permit is issued.

Respectively, with this money an owner is compensated e.g.. listed for 100 sq.m. building factor that has contributed to ITG, the amount corresponding to its own price band.

Among the tools it offers, ΨΤΓ will enable owners to renovate their listed properties, Arbitrary offenders with large infringements will be able to purchase the necessary building factor so that their properties are not demolished., after 30 years provided by law and solves the problem of compensation of construction cooperatives.

According to the latest data of RIS, in our country they are still pending 3.837 building factor transfer rights, which correspond to 428.602 sq.m. portable surface. Overall they have been issued 19.763 titles (valid and invalid). The total transportable area corresponding to the original securities is 1.125.815 sq.m.

Including, the draft law provides: The incentives package in deployments, receptors organized business location and plans with positive environmental footprint, simplification and reduction of the general land use, transfer building coefficient, improving the functioning of the land register, simplification and rationalization of the Construction Regulation, problem solving in specific spatial plans (aquaculture, RES, industry and logistics).

Alongside, the bill will include various spatial design improvements, such as the exclusion of the islets that are in the network of protected areas from the regime of absolute protection, so that they can develop in these mild forms of development so that their residents can return or be given incentives to return..

Taxation and taxes: "Smart" and surprise checks are launched by AADE for 2021!! Change in Tax Audits!!

Reopen Retail Stores: Opening of stores 18/1!! Purchases only in our Municipality and SMS duration 3 hours [Video]

Reopen Retail Stores: How to do shopping with Click in shop!! What about product trials and changes!!

Taxation and taxes: "Smart" and surprise checks are launched by AADE for 2021!! Change in Tax Audits!!

Guidance for Sport on Covid-19 Measures: New clarification instructions for sports and the use of sports facilities