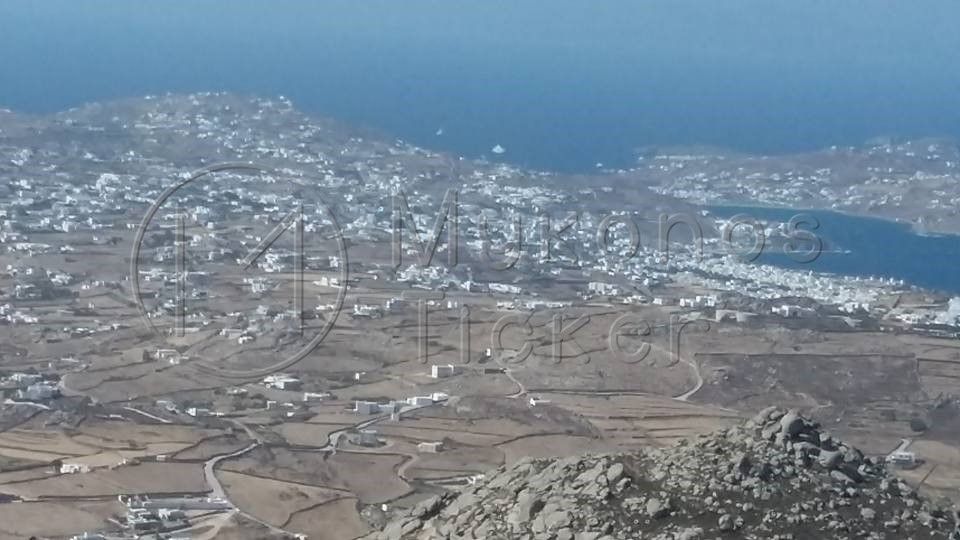 Property & Arbitrary Buildings-Arbitrarily : How to pay a fine!

What do those who join the arrangement by the end of October gain? – How much does the amount increase from 2020 until the 2025
The settlement is considered complete only when the owner of the property has completed the Electronic Identity of his property
Owners of arbitrary cards took paper and pencil again, as the gradual return to normalcy will bring to the fore their obligations and consequently the way in which they will maintain their buildings.………

Although the Ministry of Environment is expected to give a credit of four months, as the Free Press has already written, citizens are asked to use the available tools to secure their property with the lowest possible fines.

For example, an arbitrary owner in Lavrio, which is out of plan and does not have a building permit, is another house and was built between them 1993 – 2003, if it goes into regulation now it will pay 7.300 euro. However, if he chooses to enter after the deadline (by today's standards 30 June, with the extension 31 October), the first year will pay 9.733 euro - an amount that will gradually increase while reaching the last year in 11.761 euro.

The four-month extension (the hourglass counts from 30 June) which will be given by RIS concerns those who have arbitrarily class 1 – 4 and may be regulated by its existing favorable provisions 4495/17, while there will be one last chance for those who belong to the 5th category to enter the arrangement until 31/10/2020. Specifically, very serious abuse related to an excess of at least 40% in coverage and in building or height above 20%. For them, indeed, the date is final, while immediately afterwards the building inspectors and the bulldozers will take over, as the ministry has said.

For the first four categories of arbitrary people who will not be subject to their property both in the current law and in the regulation brought by the Ministry of Environment, they will come face to face 40% increase in the fine when the curtain falls on the subordination of the arbitrary which will be made through the Electronic Identity Building 2025.

More detail, citizens will have increase the fine 20% the first year and for each subsequent will incur an additional 5%.

As clarified by the same sources, from November to December 2025 The Electronic Building Identity will be operational, through which arbitrary persons will be able to enter into an arrangement against staggered fines. namely, depending on when they enter, the amounts they will pay will also vary.

If we consider that an owner has arbitrariness in a house in Loutsa, which is within the plan, with a building permit and is under construction 1993 -2003, will now pay their amount 2.856 euro. If for his own reasons he chooses to let the deadline expire, the fine will go up in the first year 3.808 euro, while gradually in 5 years will be called to pay 4.284.

According to the Ministry of Environment, the settlement is considered complete only when the owner of the property has completed the Electronic Identity of his property, that is, its non-issuance will be tantamount to non-settlement of arbitrariness. Therefore, for the transfer of his property, Prerequisite is the arrangement and issuance of Electronic Identity Building.

in any case, the environmental bill provides for the restoration of the discount against 20% of arbitrary fines imposed on traditional settlements and listed buildings.

Οπως διευκρινίζουν επαγγελματίες του κλάδου στον Ελεύθερο Τύπο, the fact that at the moment the statement of the forgotten squares is running at the same time has made the owners seek the settlement, as this will completely close their obligations to the state.

This is also evident from the data of KEDE, as it is proved in practice that the participation is great.

According to sources, It is not ruled out that the Ministry of Interior will also give a credit for the relevant deadlines. (arbitrary and declared forgotten squares). indeed, this will happen in order to make the relevant changes and those who have not yet legalized their arbitrary.

What will those who regulate by the end of October gain?

– 100 installments for the payment of fines.

- Reduction 20% to those who pay the fine once.

- Extension of an additional two years in the settlement of arbitrary to those who are financially unable to pay the fines.

- Possibility of legalization of arbitrary in indivisible plot without the agreement of all co-owners.

- Legalization of arbitrarily erected between 1955 and 1975 by paying a fee 250 euro without the payment of a penalty.

- Additional reduction for those who have a single home.

Coronavirus Measures – Gogos: New measures on the table!! No Festivals in August, scenarios for Changes in Coffee, Bar, Super Market!!

The possibility of further measures for the coronavirus remains open after the increase of cases observed during' throughout July ....
Read more

Masks were announced everywhere by Nikos Hardalias, ban on festivals until the end of August, until 100 people at ceremonies and clubs are forbidden to have standing customers .......... THE...
Read more
Breaking News

78 New confirmed cases of coronavirus cases and three new deaths were recorded in the last 24 hours in our country, bringing the total cases to 4.477 and...
Read more
Reverend Dorotheus II