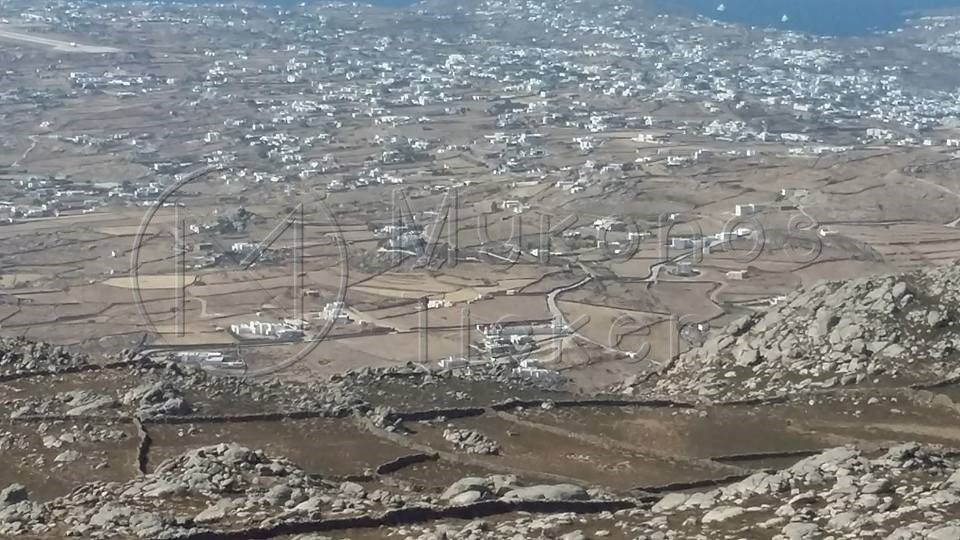 Furthermore 16,3 millions of square meters of buildings and land have so far declared in hundreds of municipalities in the country more than 700.000 homeowners, ………..who submitted final statements of correction of real estate area data to the platform specially designed for this purpose of the Central Union of Greek Municipalities, operating at the email address https://tetragonika.govapp.gr/.

The favorable regulation legislated by the Minister of Interior expires on 31 August and as Mr.. Takis Theodorikakos, no other extension is going to be given.

According, particularly, with KEDE statistics revealed today by "Ε.Τ.", from the 27-2-2020 until 21-7-2020 have been temporarily stored or have been permanently submitted to the KEDE platform 823.397 correction statements sq.m.. real estate.

From these statements, the 706.183 have been submitted definitively and have been accepted, the 4.353 the rest were rejected 112.861 are temporarily stored. At 706.183 final submissions were included in total 62.851.103 square meters of electrified property surfaces.

These declared surfaces are larger by 16.293.501 sq.m. or 35% from those that were declared to the Hellenic Electricity Distribution Network Operator (DEDDHE) and consequently in the municipalities.

It is noted that these data do not include the additional sq.m.. included in others 112.000 statements, which have been submitted by hand, in printed form, in the municipalities after the arrival of the interested owners to the competent services.

Real surfaces
The owners who have already declared in their municipalities, through the electronic platform of KEDE, Furthermore 16,29 million square meters of electrified real estate made use of the favorable provision of paragraph 2 of the article 51 of Law. 4647/2019, for the voluntary disclosure of the actual surfaces of their properties.

This provision provides, specifically, that every citizen who has declared in the municipalities less square meters than he has declared to the tax office, for one or more of his properties, can submit -in an electronic platform that operates on the website of the Central Union of Greek Municipalities (KEDE)- corrective statements in each municipality in which he has such real estate, to "reveal" the undeclared ("Forgotten") square meters of their surfaces.

The voluntary disclosure of the actual surfaces of all properties can be done without charge to the owner with fines and retroactive charges of municipal taxes and municipal fees for five years. 2015-2019.

Furthermore, according to the same favorable arrangement, any citizen who has not even declared one or more of his properties in the relevant municipality, even arbitrary - tidy or not - buildings, he can also submit a statement through which he will reveal the surfaces of his undeclared real estate.

In this case, too, the declaring owner is exempt from fines and retroactive charges of municipal taxes and municipal fees for the five years 2015-2019.

Charge
The owners who submit these declarations are charged only with the amounts of municipal taxes and fees, which correspond to the additional declared sq.m.. and relate to periods from 1 to 1-2020 onwards.

Excluded are those who declare properties whose electricity supply has been interrupted in the past. For these owners it is provided:

b) obligation to pay Real Estate Fee (TAP) retroactively and for the entire period of power outage.

Furthermore, those who declare never electrified real estate are still exempt from municipal taxes and fees, but not from the TAP, which they have to pay for all time periods from 1-1-2020 onwards.

The process
The online platform for submitting declarations operates at the email address https://tetragonika.govapp.gr/. Any interested property owner can - with the codes he has to access the services of TAXISnet- to enter the specific electronic platform and to declare responsibly to the relevant municipality, complementary or initials, the actual current area of ​​any property which is powered or not powered, or never electrified, neat or not. The declared area must coincide with the area declared in E9.

Any declaration of repair of real estate surfaces, as soon as it is submitted, is forwarded by AADE to the Revenue Service of the relevant municipality for processing and calculation of any due amount of TAP as well as of the municipal taxes and municipal fees due from 1st-1-2020. The interested owner is also informed about the result of the calculation.

Interested owners should, when completing and submitting the declarations to the municipalities, pay particular attention to the following 6 points:

1) In the electronic platform of KEDE must be declared additional differences of square meters so that the declared areas of real estate in the municipalities are in complete agreement with the areas that have been declared in E9 of the tax office.. particularly, must be declared:

* differences of surfaces that did not appear declared in the municipalities due to submission of incorrect or inaccurate statements,

* surfaces of entire properties never declared in the past.

2) Surfaces of all kinds of buildings must be declared on the KEDE platform, either legal or arbitrary or even unregulated or legalized, inside or outside the plan. Real estate must be declared, namely, in their true state.

3) Owners who own auxiliary spaces in apartment buildings, such as underground garages or warehouses that are powered by shared clocks, now have the opportunity to declare these spaces on the electronic platform of KEDE as electrified.

4) Owners who have changed use in their properties, B.C. from a professional home to a residence or vice versa, cannot declare this change on the KEDE platform. In order to do so, they will have to come to the municipalities in person. Especially the owners whose properties have changed use, from professional housing to residence, must definitely declare this change in the municipalities by coming to the competent services with all the required supporting documents, as the municipal fees charged with business premises are in most cases four or even five times the municipal fees applicable to residences..

5) Any change of right on the property, B.C. from full ownership to usufruct, cannot be declared on the electronic platform of KEDE.

6) Fines for non-declaration to the municipalities of electrified real estate surfaces are exorbitant. Regarding the TAP, Failure to declare a surface for a period of five years entails the imposition of a fine which may reach 200% of the corresponding TAP, while in terms of municipal fees, the fine may reach 100% of the corresponding amount. consequently, The owners who will submit to their municipalities declarations of voluntary disclosure of the real surfaces of their real estate will be spared from the payment of all these exorbitant fines as it will be enough to pay only the additional amounts of municipal fees and TAP corresponding to the additional sq.m.. and only for periods from 1-1-2020 onwards (not retroactively for five years 2015-2019).

The Council of State rejected as unfounded the application of the Panhellenic Association of Shops and Consumers of Catering and Entertainment, with which he asked to be canceled ...........
Read more
Previous article Mykonos Monastery: Schedule of Holy Prayers of the 15th of August 2020 in I.M.. Panagias Tourlianis
Next article Coronavirus & Face Mask: Who are exempt from the mandatory use of a mask!!
Share
Facebook
Twitter
Pinterest
WhatsApp
Linkedin
ReddIt
Viber
VK
Tumblr
Telegram
Mix
Digg
LINE
Email
Print