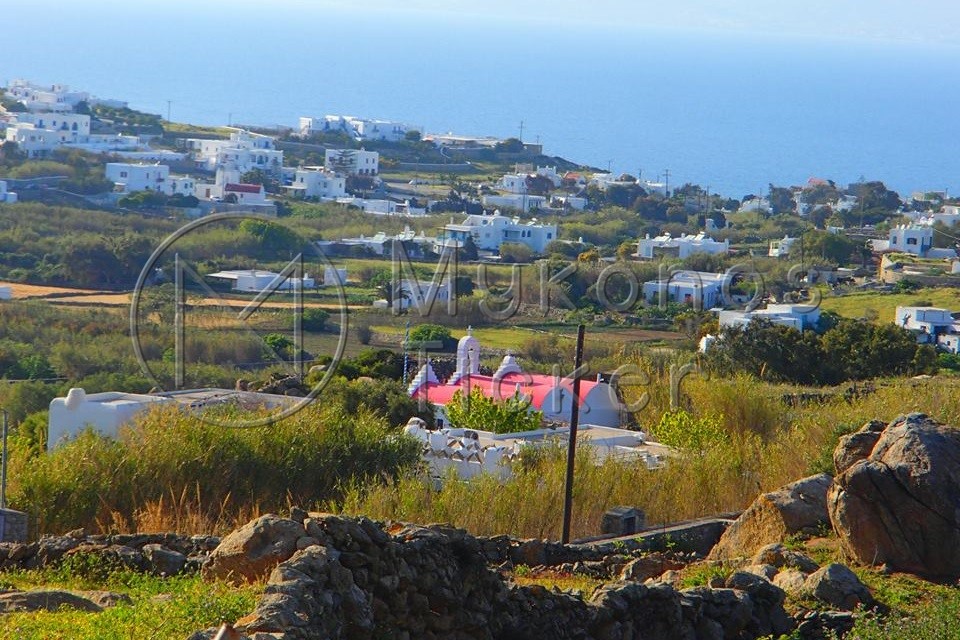 Upheavals from this year in ENFIA, if and when Athens manages to meet the timetable set by Brussels for the adjustment of fair values ​​by the end of March: The exercise of adjusting the objective values ​​with the market ones, it remains doubtful whether it will end in the midst of a pandemic. From this… exercise will result in big "losers": 3.000 areas will pay ENFIA… for everyone else……

The pandemic brings up – down to another of the plans made by the Ministry of Finance in collaboration with the European Commission:

That too, according to enikonomia.gr, because the new "haircut" in ENFIA - which has been promised by the Government- depends entirely on when the adjustment of the fair values ​​of the real estate to the market ones will be completed.

An effort that especially at this time - with the complete absence of sales- it is unlikely to succeed.

In its report, however, the Commission insists:

"The determination of the new fair values, which is expected by March, will substantially expand the real estate tax base.. Subsequently, The authorities intend to complete the planning of a neutral efficiency reform in the single property tax by the end of April ".

When will reductions be adopted in ENFIA

So if the financial staff really manages to "close" its exercise adjustment of objective - commercial values ​​by the end of next month, then at the end of April a new landscape will be formed that will have an impact on ENFIA as well:

With these data, if the exercise of adjustment of fair values ​​with market values ​​"closes" within the next months and there is sufficient adjustment time and the Single Property Tax, there is a possibility of reductions up to 8% announced by the government to be implemented from this year.

This scenario, at the moment and despite the certainty expressed by the European Commission, gathers limited chances due to health developments, which make it difficult for the appraisers to complete their work. In case, during which the completion of the exercise is delayed, fatally the changes in ENFIA are postponed for 2022.

For whom the tax will be "cut"

But why the new reduction in ENFIA, specified in 8%, is inextricably linked to developments in the field of adapting objective to commercial values; The answer is in the phrase "fiscal space". This "fiscal space", that is, the margin to cut taxes or incur some expenses, will result from accession 3.000 new areas in the objective identification system.

In other words, revenues that did not exist in the state budget from these will arise 3.000 areas, which will be determined through the process of adjusting objective with market values. It's about fillet areas, which are located mainly in coastal areas of the island country and in which the calculation prices of real estate taxes are very low in relation to the commercial.

That is, property owners in these areas will be required to pay either increased ENFIA, or they will pay from where… did not pay and with the income that will arise there will be a margin to reduce the property tax in… everyone else.

What are the 3.000 areas where the new system will "burn"

But what are these? 3.000 areas that are expected to "burn" the adjustment of objective with commercial values; They are the ones who will be included for the first time in the objective system of determining the value of real estate. For example, one of these areas where they are expected to see serious increases in ENFIA, is Lixouri in Kefalonia which is out of objective values, like all other settlements on the largest Ionian island with the exception of the capital Argostoli which has zone prices, as well as Ithaca which is in its entirety outside the objective determination of property value.

in Epirus, in the whole prefecture of Arta within the objective system is only the city of Arta. All other settlements remain outside zone values. In Thessaloniki areas in the Port, in Nea Mesimvria, in Kaftantzogleio, at the International Fair, in Courts Square and others are outside the objective system of determining the value of real estate.

Which areas pay dearly and do not have… infrastructure

The same applies and for fillet areas at Mykonos, in Paros but also in Corfu.

In most of the above areas prices are expected to rise significantly, while in many settlements of the country the values ​​on the basis of which the taxes on real estate transfers are calculated are higher, even double, in relation to the real purchase price of the property.

This is because the tax office in order to determine the value of the property takes into account comparative data from sales of real estate in neighboring - more expensive areas or the minimum zone price of the municipality or the Region.. This results in taxpayers paying taxes on fictitious values.

indeed, certain plots of land that are within the General Urban Plan in Pallini, approved in recent years with or without implementing act, are treated as within a city plan but without infrastructure (unpaved roads, without water supply, PPC and communal infrastructure).

In these cases, the IRS determines values ​​that are estimated to exceed by 400% the adjacent urban units located in the system.

By joining 3.000 areas in the system of objective determination of the value of real estate the State is estimated to receive additional revenue of 400-500 million. euro: This will ensure that the revenue is reduced by 8% the ENFIA.

In any case, everything will depend on the evolution of the pandemic and the impact it will have on the adaptation exercise..

Previous article Lockdown extension – Sarigiannis: One week of extension is not enough- It may not be the last
Next article PM Mitsotakis: The consolidation process is in danger of losing its purpose, to become a field of partisan confrontation
Share
Facebook
Twitter
Pinterest
WhatsApp
Linkedin
ReddIt
Viber
VK
Tumblr
Telegram
Mix
Digg
LINE
Email
Print