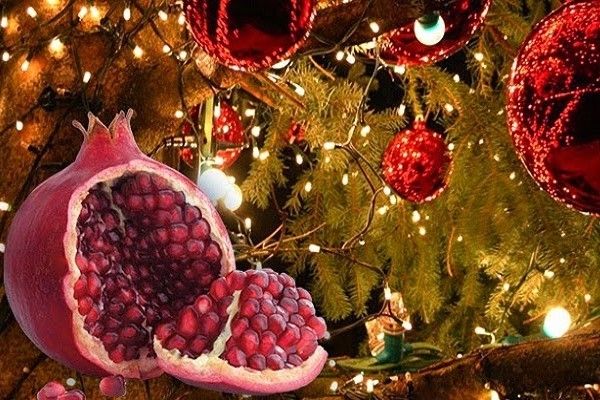 New Year's Day, customs associated with the lucky man of the year!!

He takes with him and whatever,what harm had come to expect with the new gifts!!…….

"Solid year now shoo, go your own series, new came with gifts, with songs, with joy"

The new year loaded with dreams, hopes and promises for life, makes its appearance smiling, full of optimism and happy people greet him with fireworks, celebrating and hoping for a change, to a better and happier life.

The celebration of the New Year is one of the oldest celebrations. Many believe that began in ancient Babylon about 4.000 years ago, in spring, when the first new moon after the vernal equinox.

For many years, Romans celebrated as New Year, on March 1.

The 46 B.C., Nevertheless, Julius Caesar has implemented a new calendar, what is true today, thus counts as the first time, the January 1.

This month is named after the Roman god Janus, o who always depicted with two faces, with one looking back at the old year and the other, in front, in the New Year. The celebrations of the Romans called Calends (calendar calendar = Calendar =) and people adorned their houses and exchanged gifts.

The Orthodox Church of the season mainly of Constantine the Great, because he wanted to separate the Christians from the pagans, forbade the first to celebrate the New Year, as the second. The results of this prohibition were small. Deleted only those elements that came into direct conflict with Christian ethics.

The New Year, as she stood under the influence of the church and its connection with the feast of St. Basil, perpetuated until today as a folk festival with customs in areas throughout Greece. Customs, Nevertheless, New Year there and around the world. Many of them have been established in our country.

The New Year traditions are mainly related to the lucky man of the year coming. Eg, breaking the pomegranate, that because of the many seed refers to wish for multiplication of goods or the hanging of wild onions, high tenacity plant. Fear of things to come is and footboard, the reception of the first person to get into our house when the time changed. Young children and people in general Kaloriziki invited to make footboard, so the family to get rid of anything bad.

Good fortune the year ahead and pursue those who play cards or gambling, custom associated with the necessity of forecasting the future, like other, less known, habits.

Burning them guessing gave evidence on the health status of those present during the new year etc.. The turkey, as a key food New Year's Day, She came to Greece from northern Europe.

Residents there originally cooked large birds for the festive meal. Rather pheasants, geese and peacocks. But when I tried the turkey, την καθιέρωσαν ως το κατεξοχήν πρωτοχρονιάτικο γεύμα.

The custom turkey arrived in Europe from Mexico 1824 A.D. In Greece traditional food for the New Year was pork, like for Christmas.

The Santa Claus On the day Christmas Orthodox Christians celebrate the memory of St. Basil of Caesarea. Of course, in shop windows there another St., who comes from the icy Lapland, known as Santa Claus.

The saint he has nothing to do with our own. This Agios Nikolaos. Our own St. Bernard comes New Year's Day from Caesarea and is a philanthropist bishop, one of the Three Hierarchs, while Santa Claus came from America and the purpose of its existence was known to advertise refreshment. creator, not, was the American cartoonist Thomas Nast, the 1862.

The pie, we make New Year's Eve and cut in the presence of all family members, or other relatives and friends, It has its roots in ancient Greco-Roman traditions. in saturnine (feast of the god K.(X)ronou, worshiped in Greece) and Saturnalia (saturnalia) Rome used to make cakes and pies, into which they put coins to anyone who happened piece was lucky gang.

The Orthodox tradition linked the custom with cake and history of San Kingdom, which is to protect the periphery, Caesarea of ​​Cappadocia, from other races raid, he did fundraising and collect gold coins and other valuables to give the enemies, to entice them not to plunder the region.

The enemy, Nevertheless, ultimately failed to invade in Caesarea and valuables left. Then, Basil the Great said to make small pies – buns, in which they put a gold coin, or something other than all the precious things, gathered. These pies were distributed to everyone and everyone kept everything,what's happened.

The custom of New Year cake is nationwide and ancestry has roots in antiquity. Festive cakes for good luck manufactured during ancient holidays. also, It is known as propitiatory offerings to the dead and spirits. Cake was produced throughout the country, with variations.

Thessaly, for example, they made pie with leaves. Inside they put little vine, trefoil, corn, bean, straw. "Every piece had something and what happened to everyone meant that he had to employ him as a crop next year or just that particular crop will go well this year," says Mr.. Evangelos KARAMANOU, researcher of the Folklore Center of the Athens Academy, And it continues: "In Asia Minor, where the frame was more urban, συνηθιζόταν το γλύκισμα ή το γλυκό ψωμί ζυμωμένο με διάφορα ζυμαρικά.

In Macedonia and Thessaly, where the population was more rural, they made cheese or meat pie. The pie was the most common food for people in the region. Simply, the celebrations was richer because they put into chicken meat '.

By cutting the cake at noon on New Year, usually the larger family, The tradition of New Year cake completed. Today he continues to be an integral part of our culture, while cutting ceremony may continue throughout’ Throughout the first months of the year from unions, institutions and organizations.

Perhaps the most common custom throughout the country is the "omen". Most pay attention to who will be the first person to enter the house after the change of time, after depending on whether it is gourlis or hoodoo, It affects the fate of the house for the coming year. Usually, για ποδαρικό επιλέγεται το νεότερο μέλος ή το γηραιότερο μιας οικογένειας.

Breaking pomegranate also seeks good fortune of the people of the house. Normally according to the custom of the landlord goes to church with a pomegranate in pocket, to operate the priest. Returning home after the bell rings, You may not be opened with the key and break the entrance, when he opened. The children gathered around looking if berries are crisp and bright red. The more strong and beautiful is so happy and blessed will be the day that brings together the new year!

The skylokremmydo or onion plant is common in Crete, for it is used there for luck. It is a wild plant, resembling a large onion. Animals do not eat it because it has poison, But has the "magical" ability to start even after flowers uprooted. That people think that this great vital power can transmit in the animate and inanimate, about’ αυτό την πρωτοχρονιά κρεμούν σκυλοκρέμμυδο στα σπίτια τους.

It is a custom that occurs primarily in mainland Greece. There are mainly young girls get a pitcher and go to the village fountain to fill. Above them have honey and walnuts, which are left in the fountain (to the feed). Then, women wander in silence at home and sprinkle houses. Όποια φτάσει πρώτη λένε ότι θα είναι η τυχερή της χρονιάς.

Another custom is quite widespread cutting of Pie, which occurs with variations in virtually all regions of Greece. This is a pie "gift" to Santa Claus and according to folklorists, the custom has its roots in 1.500 A.D. Fireworks Fireworks is a custom that has begun in recent years to prevail. Εξαιτίας του θεάματος που προσφέρει έχει γίνει πολύ δημοφιλές.

End, another custom, not so widespread, but this year is necessary to open the tap. After the change of time, open the home faucets and let the water run, to have abundance and richness.

The Council of State rejected as unfounded the application of the Panhellenic Association of Shops and Consumers of Catering and Entertainment, with which he asked to be canceled ...........
Read more
Previous article "The 2017, feel all islands, a common sea "
Next article The Dress Code of the New Year's Eve!! 10 fashion rules!!
Share
Facebook
Twitter
Pinterest
WhatsApp
Linkedin
ReddIt
Viber
VK
Tumblr
Telegram
Mix
Digg
LINE
Email
Print

Medicane: Watch LIVE the course of the Mediterranean cyclone "Ianos"

Watch Live the course of the cyclone!! The first areas to be hit by "Ianos". Where and when will the Mediterranean cyclone "Ianos" hit ....
Read more
Coronavirus - coronavirus

Healthcare in Aegean Islands: Increase funding for Mental Health services from mobile units in the Cyclades