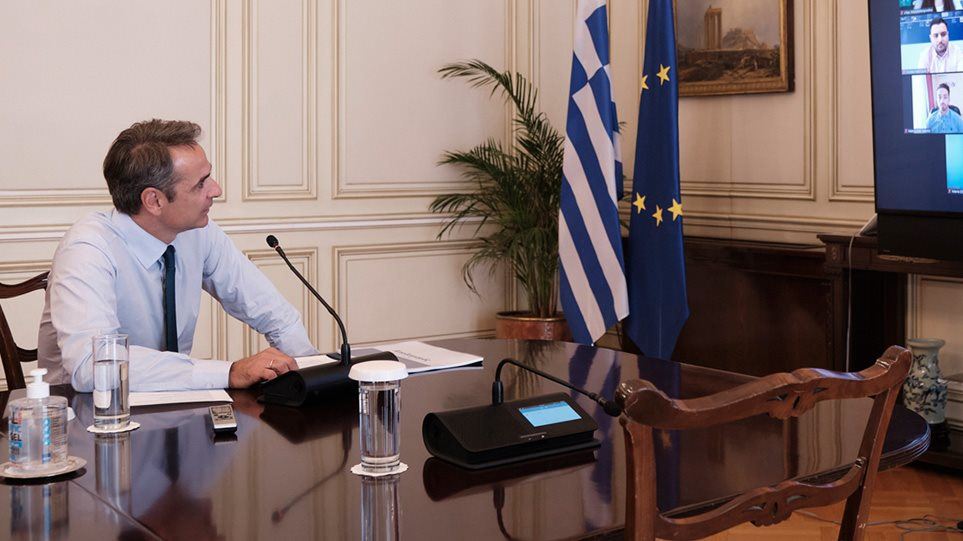 A meeting focusing on the coronation will take place tomorrow (10/07) at the Maximos Palace under Kyriakos Mitsotakis, with the Armed Forces and the Security Forces…….

"The process of implementing the Operational Plan of controls at the country's entrance gates, will be discussed tomorrow, Friday 10 July, at 12:30, at a teleconference under Prime Minister Kyriakos Mitsotakis at the Maximos Palace.

Staff from the Security Forces and the Armed Forces are also involved in the plan to strengthen the staff of the mixed ranks., under the operational coordination of the General Secretariat for Civil Protection ", according to the relevant information.

The presentation of the plan and the distribution of forces by all the Corps, will be done by Mr.. Paper and data of the operation of the Targeted Sampling System, by Mr.. Drakopoulos.
Alarm to the Authorities: in 50 the new cases

in 50 There are new cases of coronavirus in Greece in the last 24 hours.

Where they were located:

9 Our fellow citizens are hospitalized intubated. Their middle age is 58 years. 3 (33.3%) They are women and the rest men. To 88.9% has an underlying disease or is elderly 70 years and older. 122 patients have left the ICU.

End, no new deaths have been recorded while we have 193 deaths overall in the country. 62 (32.1%) women and other men. The middle age of our deceased fellow citizens was 76 years and 95.9% had an underlying disease and / or age 70 years and older.

Panhellenic Exams: The reduction of the material for the Panhellenic Games was announced 2021 [Documents]

Coronavirus and the Courts: How the courts will function from next Monday 11 January