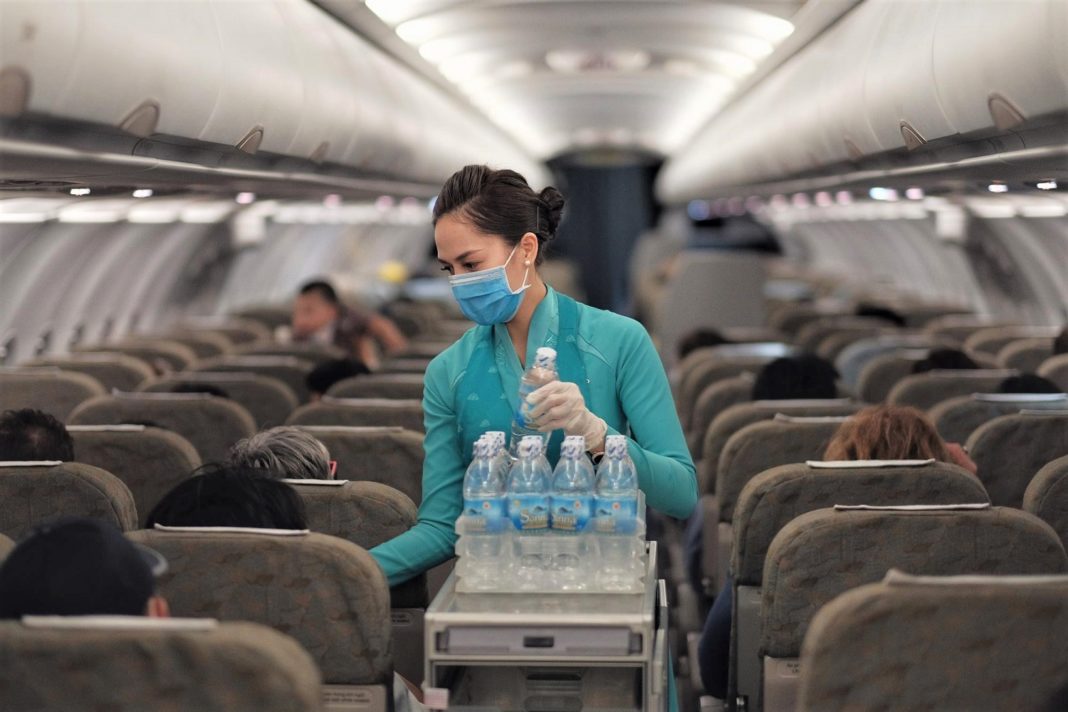 WHERE: The World Health Organization has advised travelers to wear protective masks on planes and to be constantly informed., as there is a resurgence of new corona cases in some countries,……

which leads the authorities to impose new restrictive measures in various places, as is the case in Australia.

WHO spokeswoman Margaret Harris called on the world not to be surprised by the re-emergence of Covid-19 local epidemics and the quarantine measures being taken., saying: “If there is anywhere, it is everywhere and people who travel need to understand this”.

“This virus is widespread and people should take it very seriously.”, added.

WHO announced last month that it would update its travel instructions ahead of the summer holidays for the northern hemisphere, but the updated ones have not yet been made public.

In the meantime travelers should “remember that things will change or may change a lot”, Harris told reporters at the WHO headquarters in Geneva.

“We see a lot of upward trends, many changes in different countries, countries that had successfully suspended the first broadcast now see a second upward trend”, added, referring to Australia and Hong Kong.

Quarantine measures were re-imposed in Australia's second largest city, restricting Melbourne residents to their homes with the sole exception of moving for serious reasons, as officials struggle to bring an explosion of the new corona under control.

The WHO's previous guidelines for travelers included common sense advice, such as social distancing measures, hand washing and avoiding touching the eyes, of the nose or mouth.

Harris today referred to the use of a protective mask on airplanes, a measure already required by many airlines.

“If you fly, there is no way to keep social distances on a plane, so you will need to take other precautions, including wearing a protective cover for the face”, Harris concluded.