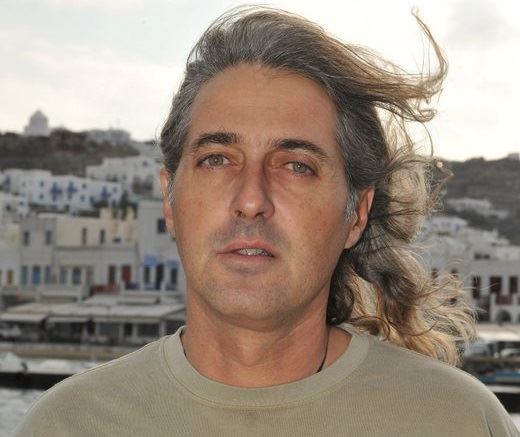 By Dimitris Pappas, Vice President of EAS SEGAS Cyclades
The return of the athletes after the almost two-month abstinence in tartan, on grass and parquet as it turns out is not an easy task. The clubs, under new terms, Restrictions and bans reunite their children and re-engage their training and competition program according to the guidelines of the GGA and the relevant federations. Parents bring their children back to the clubs, others with reservations and skepticism, others more courageously and decisively……….

The federations themselves, depending on the stage at which they were banned, others try to close championship matches and others organize sports meetings so that the story does not go down in history. 2020 without racing action.

Under normal circumstances, the world of sports would be waiting for the 24th of July 2020 where the opening ceremony of the Olympic Games in Tokyo would take place. The discussions of sports people and fans these days would revolve around issues such as whether our athletes are ready for the "big sports rendezvous" and whether the State, the EEA and the federations had done their duty to them. If our country had a remarkable - usually translated by harvesting some medals - appearance in the games and if that would signal a general recovery of the country at all levels or if it would be an individual event independent of the situation in economic or social country life.

The decent appearance of athletes in some sports would give prestige to the respective federations which would seek their redemption immediately.. Given that the Olympic Games are immediately followed by the elections of the sports federations, as required by law, the narrative and the arguments would concern the current situation in sports according to the tangible results.

However, the current situation is different: The sports federations are indeed heading for their elections, which are expected to take place next autumn, but the framework does not seem to be sporty and the argument is not about sports..

Mechanisms appear, most with out-of-sport and out-of-competition criteria whose purpose seems to be to alter the will of sports executives and to shape a new situation that sees sport not as a social good but as a commodity of exchange value.

Precisely because the sports project as a commodity is not attractive and could not be in the union executives, to athletes, to fans and parents, the argument is based on noise, not propositions. Hints, high tones, Terrors and threats are now on the agenda.

In an ideal world, sports people are waiting to be heard, innovative and subversive proposals for the future of the sports movement and not wells for anti-democratic processes, travel logics, blackmail, pressures and arrogant behaviors.

Sports people do not expect messiahs to be anointed by some "superior power" and will come to dominate the country's sports.

People in sports know that sport is a movement and one of the cinematic features is to bring out leaders from below and not from above..

The second important kinematic feature is reaction, reaction to anything that alters and distorts the nature of sport, and the reaction often takes people out on the streets to claim despite any bans and new restrictions that are now being lifted..

In three (3) More arrests were made by the Police after checks carried out in Mykonos regarding the so-called private parties that are taking place in ...
Read more
Previous article Hagia Sofia: This is the Presidential Decree by which Erdogan turned Hagia Sophia into a mosque.
Next article Mykonos: Complaint of SEDE Mykonos for an illegal party in a villa in the area of ​​Houlakia
Share
Facebook
Twitter
Pinterest
WhatsApp
Linkedin
ReddIt
Viber
VK
Tumblr
Telegram
Mix
Digg
LINE
Email
Print