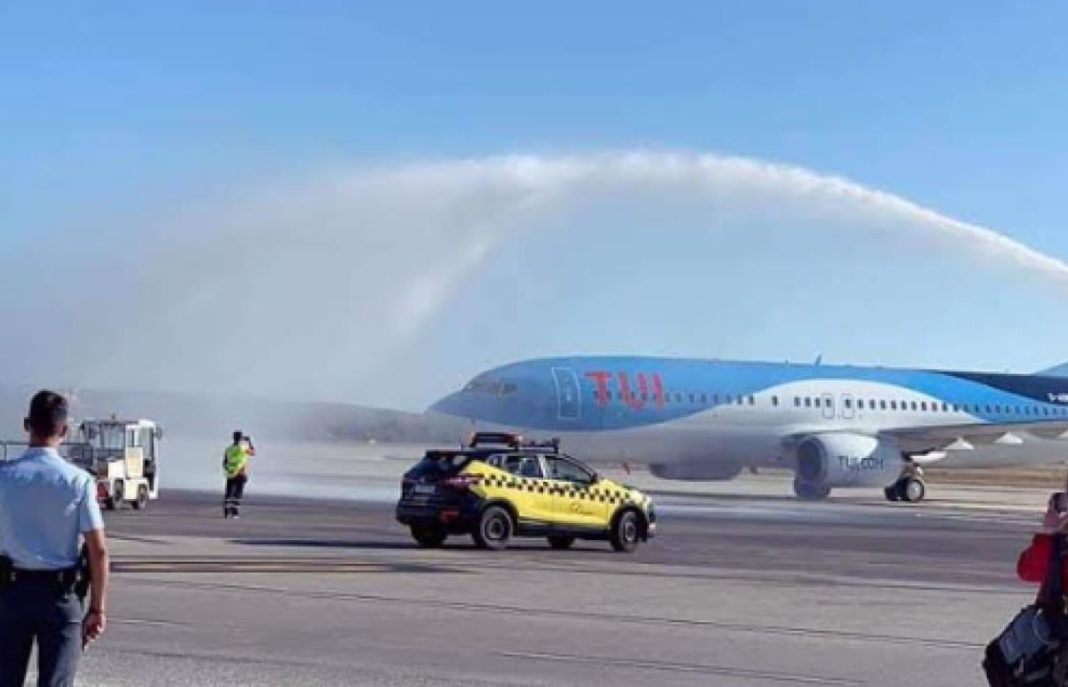 Reopening Tourism-Flights: Flights are landing, but also… expectations in tourism

The resumption of a limited number of flights from abroad to all airports in the country, yesterday Wednesday, comes at a time when expectations for a quick recovery of interest in holidays in Greece, after the country's success in managing the pandemic, they land abruptly……….

Large hotel complexes from both the island and the mainland, contacted by "K", report a very limited number of bookings, mostly in August and the following months., as travel mood may be present, but it is far from being transformed into a decision.

Greek bookings are an exception, which, however, start late in July and August, while of course they are much less than in previous years. According to the Panhellenic Federation of Hoteliers, the fullness of hotels in the current phase is just in 20%. This completeness only applies to those hotels that have chosen to open in July, which is estimated to be less than half that of the country.

By a rough estimate, this means that July is just running 10% of last year and mainly with Greek vacationers, that is, without capital inflows into the country. Given that July and August are the two months with the highest number of visitors to the country, it becomes clear that the scenarios that spoke of the possibility of its recovery 30% or at least 20% of his foreign arrivals and expenses 2019 this year they look almost utopian: "July is turning into a 'test' month for some, not all and maybe not even half, hotels to operate, and if all goes well, August is likely to roll better ", optimists say.

But when the same people are asked if it is certain that they will open those hotels that have already announced that they will open later in July, respond with reservations "we'll see" or "it will depend on the reservations of the next few days". Even large emblematic bands that have announced operation are in a state of uncertainty, since their reservations do not give financial meaning to the season. As more and more hoteliers typically report, "We now operate more on instinct than on confirmed data, hoping for the best ".

Factors in the industry say July is a "test month" for not even half of the hotels to open., and if all goes well, August is likely to roll better "

The calmer ones explain that "it's still too early" and that "start dates mean nothing more than starting a very slow and gradual process to return to normalcy.", which is expected to take at least three years to return to 2019 levels ". "For the time being, Fear and anxiety are predominant among potential visitors to our country ", add other sources, that characterize every goal.

So, the initial optimism that prevailed, after the successful management of the corona in Greece and the expectations that this will give a competitive advantage to the country against its competitors, is now facing the harsh reality characterized by a wait-and-see attitude of critical markets for Greek tourism.

Some of these markets are at least partially out of the game. United States, Britain, and Russia seems to need to wait long before its residents are allowed to cross European borders, if and when of course they decide to travel after the severe blow of the pandemic that has cost tens of thousands of lives and causes intense uncertainty about disposable holiday income.

Many hoteliers, who chose not to open their units at all this year, consider too high the risk for the reputation of Greek tourism to risk the occurrence of a second wave of cases in Greece with hundreds of thousands of foreign tourists present. They treat strict and thorough protection measures on the one hand as health tools "foreign to the very meaning of holidays that mean carelessness", as they are reminiscent of, and on the other hand as "strong disincentives to attract foreign travelers".

The 83% of the Germans does not yet board a plane

According to a survey by the German Air Transport Association (BDL), from all German airports will take place in July as soon as 27% of flights made in the same month last year. This is an increase over the previous months (April 4%, May 6%, June 14%), but at low levels. For August, BDL expects a "slight increase" in air traffic, provided that the spread rates of the corona will fluctuate at current levels. According to BDL research, The center of gravity of flights concerns popular German tourist destinations. After Spain and Turkey, Most airlines from Germany will serve destinations in Greece in July. It is followed by Italy and Austria.

At the top of their table 20 most popular destinations located, with 326 Arrivals from Germany, the Spanish island of Mallorca, follows me 221 Arrivals in Istanbul and with 167 Vienna. In 10th place in this table is Heraklion with a total 94 Arrivals from Germany in July, follow in 12th place Thessaloniki with 69 Arrivals, in 13th place Athens with 64 arrivals and in 20th place Rhodes with 47 Arrivals.

in any case, The vast majority of Germans do not intend to fly this holiday season. According to a poll by the Civery Institute for Spiegel magazine, the 83,1% of respondents states that due to Covid-19 is not going to fly the next three months and just the 13,4% plans to fly either for business or private reasons. One 60,8% possessed by the fear of being infected inside the plane.