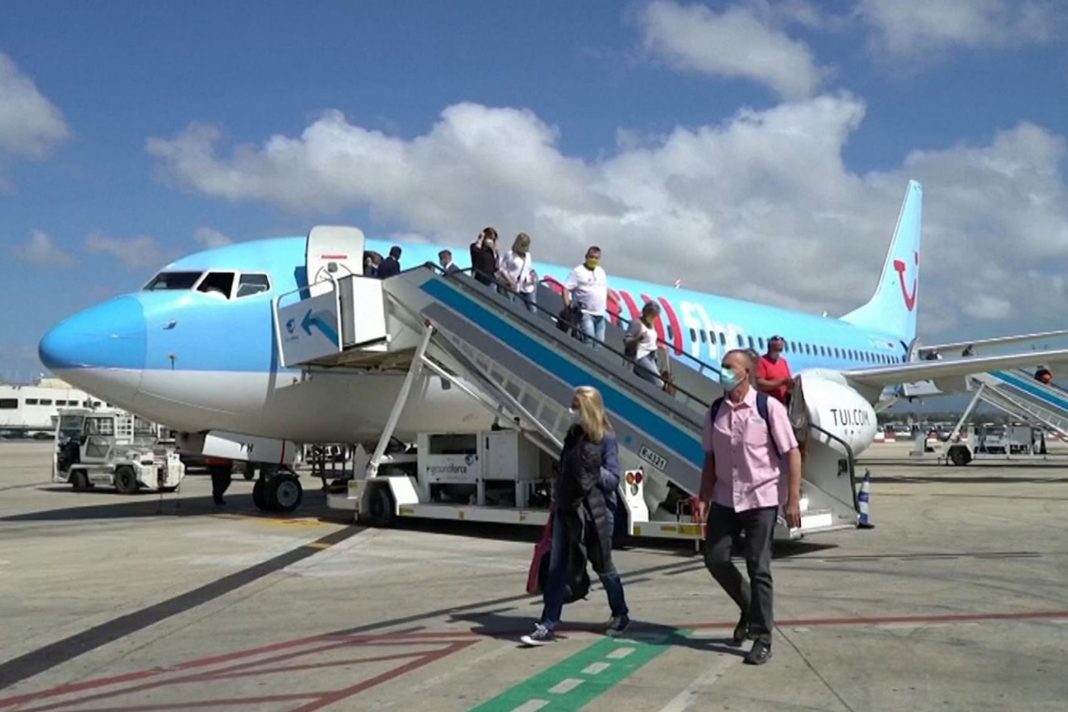 As the group emphasizes, even if there may be offers, The average price of holiday packages has increased by 14%

The easing of travel bans across Europe is leading Europe's largest travel agency to gradually restart its summer program, with Greece and its popular tourist destinations joining "package" sales from July…….

However, it is interesting to note from the group that, even if there may be offers, The average price of holiday packages has increased by 14%.

Except for Germany and Austria, which started two weeks ago, now to the first destinations that the group is gradually restarting with flights in the second half of June are included, Belgium, the Netherlands and Switzerland.

also, the reboot took place last Monday with two full flights from Germany to Mallorca, one of the most popular destinations "opened" by 15 June and more 20 flight departures are scheduled for the next few days.

The group is in the second wave of destinations, from the beginning of July Greece, along with destinations in Spain, Cyprus, Italy, Croatia, Bulgaria, Portugal and more destinations in Austria, Germany and Switzerland.

Especially for our country, restart from July is connected, as is reasonable, with the "opening" of regional airports from the beginning of next month pthe framework of the choice that has been made centrally by the government for the gradual opening of Greek tourism after the first period of 15/6 until 30/6.

However, as the TUI executives emphasize, based on the dates of the restart of the markets where the group operates., "It simply came to our notice then 30% of the original program (before the crown) for the next quarter. However, given the fluid situation as the decisions have been made this summer may change depending on travel instructions, the demand for specific markets and of course the terms and health rules that are set locally in the destinations ".

For the month of July, the group plans to open it 50% of its privately owned hotels, a rate that could increase if there are easing restrictions in the coming weeks.

The program of the summer offered by the group has been sold at a rate 25%, while with the announcements, at the central level to ease bans across Europe, the last two weeks, Demand has been growing in recent weeks, with Germany and Belgium rising sharply day by day, while his season is even more promising 2021. According to the group's executives, the average price (Average Selling Price) holiday packages have increased by 14%.

It should be noted that from the United Kingdom there have been protests by customers who canceled their holidays this year by choosing to move them. with redemption coupon (voucher) for 2021 and found that even with a bonus 20% on value, the price for next year was more expensive. On the part of TUI, one argument is that The discounts that may have been on the "packages" during the period when the tourists "closed" their holidays do not pass to the next season.

However, on occasion there are packages for large destinations in our country (Rhodes, Crete, Corfu etc.) with discounts starting at 10% until 34% as long as reservations are made from now on even for the first week of July (3/7 until 10/7 from Germany), which confirms that it is up to the customer to look for offers.

Indicative for all inclusive at that time in unit 5 stars in Crete, including airfare the price for 7 Overnight stays may drop by 1.334 to 925 euro (-30%) the person.