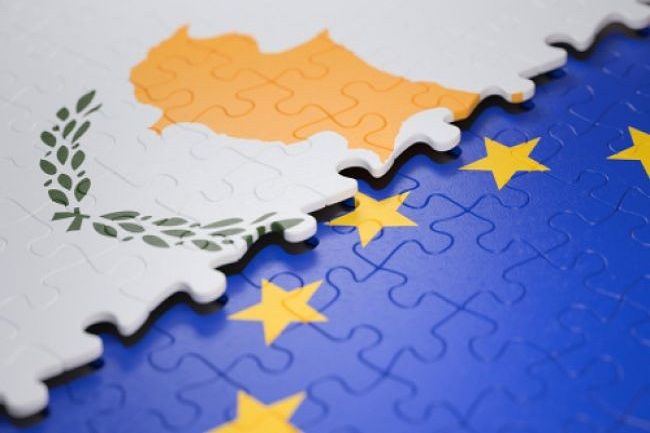 Despite Greece and Cyprus goals for sanctions.

and not to specific sanctions, expected to reduce the European Council according to EU sources cited by Reuters agency.

"Cyprus and Greece seek to impose sanctions on Turkey, However, the EU does not seem to take such an initiative at the moment " said sources of news agency.

So, the communication will be made public after the summit (Thursday and Friday), expected to formulate a Council warning to Ankara.

The communication of the European Affairs Ministers, the current draft says that Turkey "continues to move away from the EU" and calls on Turkey to stop "illegal drilling" of.

Diplomats noted that the Cyprus seeks to be much more serious warning, namely that if Turkey does not change course, Talks will formally terminated on upgrading the customs union and the abolition of visas for Turks moving to and from EU member states, and that it will stop funding within the limits of various programs.

At a European source the Republic of Cyprus has warned that does not exclude the possibility to veto in decisions, unless the EU hardened its stance in front of the Turkish moves, particularly drilling allegedly made Turkish ship-rig in Cyprus continental shelf / EEZ. The issue may involve the inclusion Northern Macedonia and Albania in the European Union.

However, Berlin is shown to "brake" the integration of Northern Macedonia and Albania in the EU. Ministers for European Affairs of the EU Member States today is expected Tuesday to consider whether to begin accession negotiations with two candidate countries of the Balkans, Albania and Macedonia North, But their hands is considered that practically tied, because - among other things - the German government has not yet secured the green light by the German parliament to advocate such a decision.

According to the EU, The policy applies to enlargement is designed primarily to encourage the candidate countries to implement democratic reforms.

Last month, The European Commission recommended to start accession negotiations with Skopje and Tirana, warning that if we do not proceed with this move, the EU runs the risk of undermining the credibility of the same.

Slovak Foreign Minister Miroslav Lajcak argued yesterday that accession negotiations should start now, "If we want to maintain our influence, if we show that we truly care, we are producing the world stage ".

In Germany, however, the conservative faction in Chancellor Angela Merkel presses brake. The matter must first be discussed in the German Parliament, explaining executives Christian Union (CDU / CSU). Some other capitals also have reservations.

EU officials emphasize that North Macedonia should be rewarded for the enormous progress recorded and resolve the name issue of the negotiations conducted with Greece.

Meanwhile, the government of Albania has implemented major reforms in the country's justice system, but in this case the state overshadows the political crisis in progress.

The diplomatic source downplayed last week scenario which provides decoupling of the two candidates and the acceleration of the integration process of Northern Macedonia.

"The opening of accession negotiations is not the same thing with their completion", Lajcak noted, explaining that even though talks with Skopje and Tirana begin simultaneously, this does not necessarily mean that the process will be completed within the same time.

The opening of accession negotiations with Macedonia and Albania was averted last year by France and Holland, officially they seek more reforms, but their attitude was rather due more to internal political pressures.

Open the possibility of Ankara to send a research vessel and the sea area of ​​Kastelorizo ​​left by SKAI the Cypriot government spokesman Prodromos Prodromou, stressing that the Turkish threats are consecutive. Alongside, He emphasized that the violation of the Cypriot EEZ constitutes a violation of EU.

Britain added Santorini, Lesbos, Tinos, Serifos and Zakynthos in the list of destinations that are considered safe, announced on Thursday ...
Read more

Apart from SYRIZA, Kontonis – Tough announcement to delete: “He expelled himself from being a member of the party”

Britain added Santorini, Lesbos, Tinos, Serifos and Zakynthos in the list of destinations that are considered safe, announced on Thursday ...
Read more
Greece

THE MINISTER OF INTERIOR CITIZENSHIP Takis Theodorikakos proceeded with a legislative improvement in the bill of the Ministry of Interior for the modification of the citizenship code .......... In the bill discussed in ...
Read more
View more