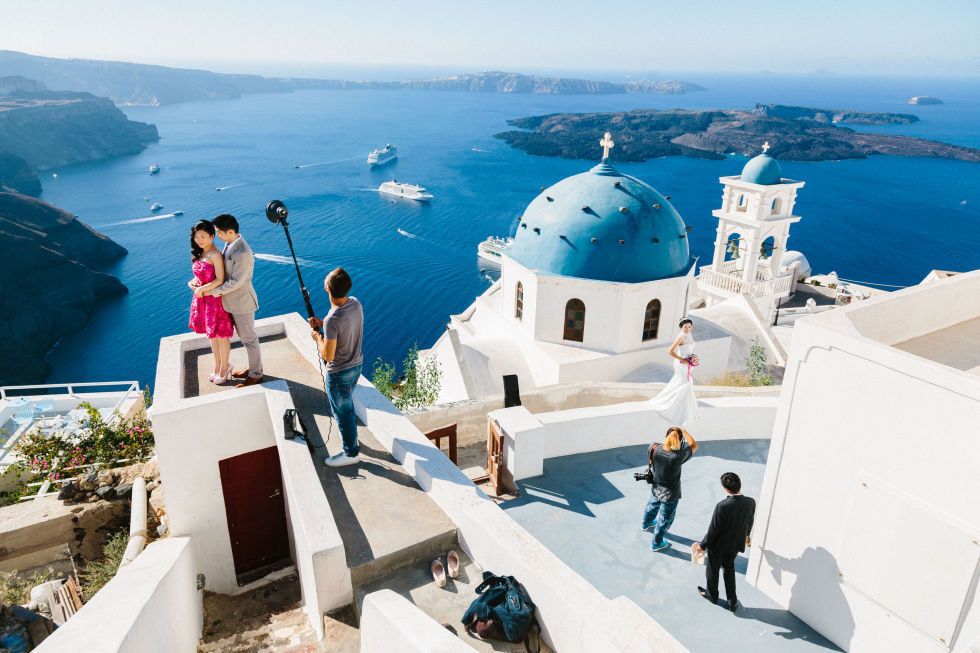 Santorini: Falling up 90% bookings in the Chinese market due to coronavirus

Fall of up to 90% show the bookings for Santorini on the Chinese market for 2020…….
Πτωτική τάση των κρατήσεων τουριστών μέχρι αυτή τη στιγμή στο νησί της Σαντορίνης λόγω κοροναϊού, the decline compared to the previous year to touch up the 90%, as stated in Capital.gr o Dimitris Lignos, president of the professional association owners and exploiters of rented hotel rooms-tour operators and tourism jobs Santorini.

The blow to the island, underpinning much of arrivals and tourism economy in the Chinese market, it is big, the course of the season be in doubt, in accordance with the space factors. Note that the island thousands of Chinese tourists come every year, either by air or cruise packages, to be photographed against the backdrop of the sunset in Oia or to solemnize their marriage. This is an activity that has grown rapidly in the last five years the island.

He also adds Mr.. Lean, many reservations were canceled by Chinese, while last month, from the beginning of the spread of disease, there is no mobility or other important markets for tourism of the island, such as France and the US. According to reports, many tourists from other countries, ask if the hotel you want to stay there reservations by Chinese.

The concern in the tourism industry of the island is great, as uncertainty about this year's occupancy. The majority of hotel business in Santorini opens in March, while this year's severe winter had not considered an asset for tourism, expected great.

Concern for Chinese tourists, operating from higher tourist spending compared with other markets, It is also from hoteliers in Athens, and from places with historical and archaeological interest, such as Delphi, Meteora and Nafplion. And there the cancellation rate is too large.
Ministry of Tourism: There is still time

Meanwhile Tourism Minister Haris Theocharis, in a television interview, said the goal to get to 500.000 Chinese tourists regard to next year, in the 2021, so there's still time.

“It is more important than any cancellation happening right now our country to display a safety profile, indeed that the measures we take are able to protect us. Is important, Well, there are some cancellations, but there are a number of secondary positive impact as important. Such as the cruise ship Norwegian Spirit of Norwegian Cruise Line, which left Dubai due to cancellations of Chinese travelers and April coming to Athens homeporting. Another positive effect is that many European tourists who choose Asia as their destination, now shifted to new markets. There is an increase in bookings this year and the campaign launched this year for the first time so early, the picture is positive. Cancellations from China so far is around 60%-70%. In any case there is the possibility of reviewing the direct flight between Athens and Shanghai, "he added.