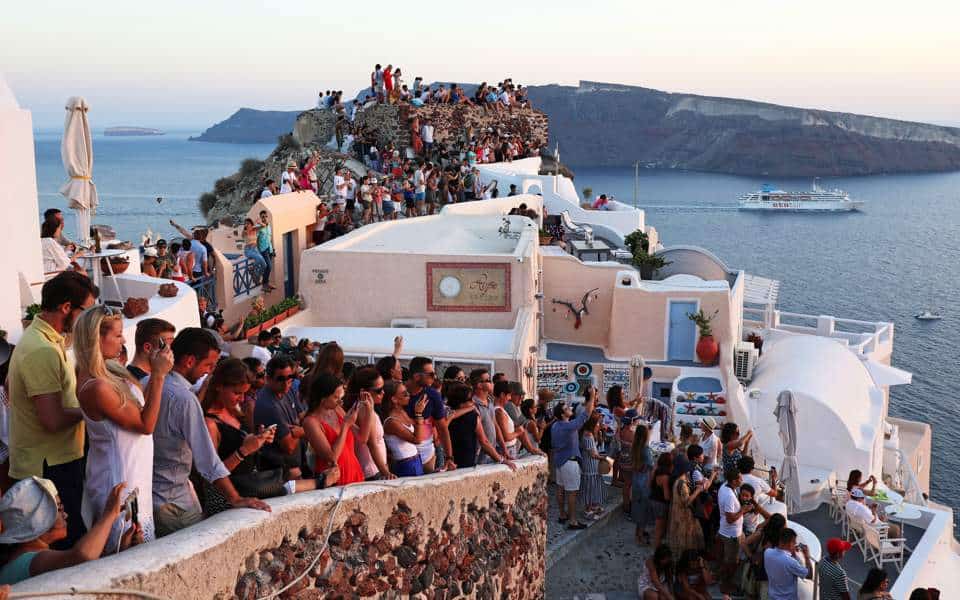 Santorini: Structured's plan not to break the island by ypertourismo, ask the experts

Recently, in The Economist in an article described the debate on the future of the island because of the extremely high popularity of tourists worldwide. Experts in tourism emit SOS on the island of Santorini because of "over-tourism" on the island that has become a magnet for millions of tourists around the world.

Santorini, the most «instagrammable» Greek island.

According to the magazine 1843 The Economist Group, idyllic pictures visitors continually post on social media from Santorini, usually depicted as a Aegean paradise, a blinding combination of white and blue, feed back view of the island so the tag appears in #santorini 5.119.277 positions on Instagram.

As the number of nights in Santorini increased by 66% over the last five years parallel, It makes particular reference to the EU transport committee report, which warns of the dangers of over-tourism in Santorini.

Andreadis: "The island will collapse decade without planning"
"Without decade planning and crisis management Santorini will deterministically fail", underlines the former president of SETE, Andreas Andreadis to comment on twitter, on the occasion of the publication The Economist.
Mr.. Andreadis mentions in his commentary: "I remind SETE has highlighted: Immediate enforcement fee per visitor disembarking cruise for infrastructure. Brake in favor unregulated- structuring. Symmetrical taxation of leases Airbnb. Without planning 10years & crisis management Santorini deterministically will collapse ".

Theocharis: "The island does not stand as tourism"
Recently the House, Tourism Minister Haris Theocharis had noted the phenomenon of ypertourismou, indicating, indicatively, that this year, at 6 August, Santorini reached capacity cruise ships 18.300 people. "The island does not stand as tourism. You blame the people who will protest on that day; You blame the tourists will not come back; We can not call the tourism product to visitors suffering, "said a snide tone.

Mr.. Theocharis argued that it is necessary the systematic analysis of what we want to attract tourists, We never want them and why. As told, we can not do marketing with intuition, but only with analysis and innovation.

Santorini, along with Rhodes, participate in the pilot destination management program, developed by the European Reconstruction and Development Bank (EBRD) in collaboration with SETE, The program will be completed in October, so we will have a comprehensive proposal for the future of tourism Santorini.

9 new confirmed cases of coronavirus cases reported in the last 24 hours in our country , bringing the total cases to 3.519, as he announced in writing the ....
Read more
Breaking News

Mechanical damage to one of its two machines, presented the passenger ferry "Theologos" south of Karystos, during the execution of its planned ...
Read more
View more