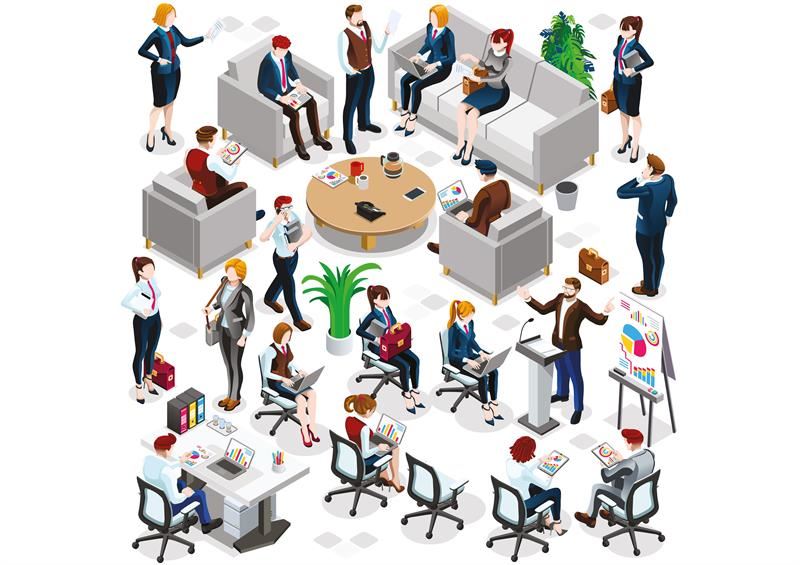 Attempted a rapid intervention and the map of industrial relations will change greatly the existing and well-established working landscape in our country.
Electronic vote for strike, unilateral recourse to arbitration and exceptions from sectoral agreements……

The main regulations on labor relations, which introduces the development bill yesterday tabled in Parliament, It is the ability for workers' e-voting even for strikes, the exception of businesses facing viability problems from the extension of sectoral contracts, the possibility of unilateral arbitration under strict conditions, the extension until the end of 2019 the National General Collective Labor Agreement (EGSSE) and the timeout setting in two months delay payroll to be considered "detrimental change" working conditions of the employee. also, including a series of provisions aimed at limiting the partial employment and the strengthening of full employment.

In matters relating to insurance law, one of the most important settings that stands out is the possibility given to KEAO to "block" the employers who do not pay the monthly insurance contributions, use of EFKA electronic services.

also, They will be excluded from favorable insurance arrangements, accordance with the arrangements, businesses and employers who are delinquent on issues of labor law .

On promoted provisions of the draft law provided for the first time the creation of electronic records management and labor, and the possibility of electronic voting for decisions, including the conduct of strike action. Specifically, the article 54 Bill (paragraph 5) expressly provides that:

"Decisions of general meetings and other governing bodies of Trade Workers Unions and Employers Organizations including the strike declaration decisions in accordance with the terms of the law 1264 of 1982, as applicable, take a vote, which can be conducted with electronic voting and in terms of ensuring transparency and privacy, as appointed by the statute thereof or the competent administrative body ".

For this issue the bill provides that the Minister of Labor and Social Affairs may define the terms, the conditions and details for the implementation of this provision.

also, provide that all trade unions and employers' organizations, and especially those who conclude collective agreements or appoint representatives to the administrations of institutions supervised by the Ministry of Labor and Social Affairs, and in the collective bodies of this, they have an obligation be entered in the Register of Trade Workers Unions and Employers' Organizations of the Ministry, held in the CP ERGANI of Labor and Social Affairs Ministry.

The bill provided for three distinct cases, which would exempt companies from the extension of sectoral contracts. namely, specifically mention the conditions that must be met in order to exempt a company from the expansion of a sectoral agreement which has higher wages. These cases are:

1 Exemption from the 'beginning of the influx "of contracts. namely, excluding a company from a sectoral contract better wage terms of operational contract. According to the article 55, if the employment relationship in a business regulated by more applicable collective bargaining agreements, apply the most favorable to the worker. The exception to this general rule concerns cases companies facing serious financial problems and are in pre-bankruptcy regime or paraptocheftikis or bankruptcy proceedings or conciliation or court settlement or debt restructuring. In these cases of "operational collective agreement takes precedence over sectoral".

2 Exemption from the "principle of extending the Conventions'. According to the draft law and Article 56 (Fri.. 2) businesses facing serious financial problems and are in pre-bankruptcy regime or paraptocheftikis or bankruptcy proceedings or conciliation or court settlement or debt restructuring, whether in expanding collective setting out exceptions to the application conditions for workers in companies, They may be exempted from the extension of a sectoral agreement. Caution! A decision on exemption from the extension of a sectoral agreement obtained following a reasoned opinion of the Supreme Labor Council, in the terms or on the entire collective agreement or arbitration award, who declared mandatory.

The possibility of unilateral arbitration will be conducted under strict conditions. Under the arrangement will operate only "as a last resort for resolving collective labor disputes" in the following cases:

a) if the collective dispute concerns is public companies or utilities, whose function is vital to serve the basic needs of society,

b) if the collective dispute concerns the conclusion of a collective agreement and finally fail the negotiations between the parties and resolve the real reason prescribed by general social or public interest, related to the functioning of the Greek economy.

How are the "referees"

In the case of unilateral recourse to arbitration, according to the draft law, the procedure is conducted by three-member Arbitration Commission. The arbitrator or arbitrators of the three-member arbitration committee, the definition of one of the arbitrators as Commission President, and their alternates, chosen by agreement of the parties from the list of arbitrators OMED and if they fail to draw. Within forty-eight (48) hours of arbitration, the department of OMED urges the parties to engage in a fixed place and time for the selection of an arbitrator or arbitration committee and the chairman of, and their alternates. The choice or the draw conducted before the President of OMED or appointed by him representative.

Two-month delay accrued
Redefined the institutional framework concerning individual labor relations. Specifically, provided that: after a period of two months of delay in payment of accrued salary the employee, It is considered "harmful unilateral change in working conditions of employment contract".

Extension of EGSSE until end of year