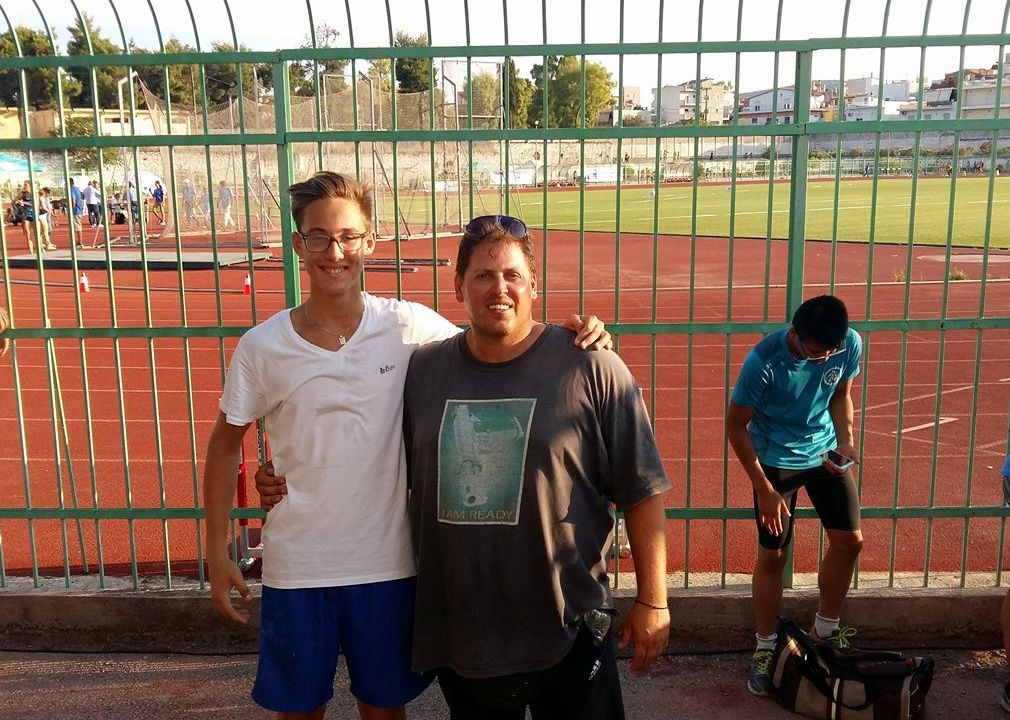 Great performance and individual record from the shot put of A.O. Mykonos
In his first appearance as a teenager, Vladimir Naumenko achieved a great performance and a great individual record in the sphere with 15.14 in the race that took place in Tripoli in the games in memory of Manolis Manolopoulos………
With this performance, Vladimir is in the top four among teenagers and is a serious candidate for a medal in the Panhellenic Junior Championship which will be held in Ioannina at 1 and 2 August.

Vladimir is the proof of the very good work that is done in the throws of A.O.. Mykonos led by the port officer George Antoniou and is a model for the new group of dumpsters such as Gertiana Vidi, Alexandra Kouka and Ioulios Bekirai who are taught the first secrets of the race by Vangelis Tsifoutis.

The steady upward trend of flights to Rhodes International Airport is confirmed by the updated Fraport data that include the registration of the number ...
Read more
Previous article Tax Policy: The key points of the new tax bill
Next article Coronavirus Pandemic: What to expect from the teleconference in Maximou for Koronio!! For tourist areas, what the experts recommend!! [Video]
Share
Facebook
Twitter
Pinterest
WhatsApp
Linkedin
ReddIt
Viber
VK
Tumblr
Telegram
Mix
Digg
LINE
Email
Print

Mykonos – Phi. Vigliaris: Water supply interruption to repair the damage in the area “from above hotel LETO”

The D.E.Y.A.. Mykonos informs the residents and visitors of the island that tomorrow Wednesday 05 August 2020, the workshop of the Municipal Enterprise, θα προβεί...
Read more
Breaking News

Coronavirus Pandemic – Chardalias: We are here because there are signs that worry us – Hours in nightclubs where needed

Coronavirus Pandemic: Mitsotaki's new message to the citizens, on Wednesday morning for the coronavirus!!

The Prime Minister will record his message immediately after the teleconference he will have with Vassilis Kikilias, τον Σωτήρη Τσιόδρα και τον Νίκο...
Read more
View more