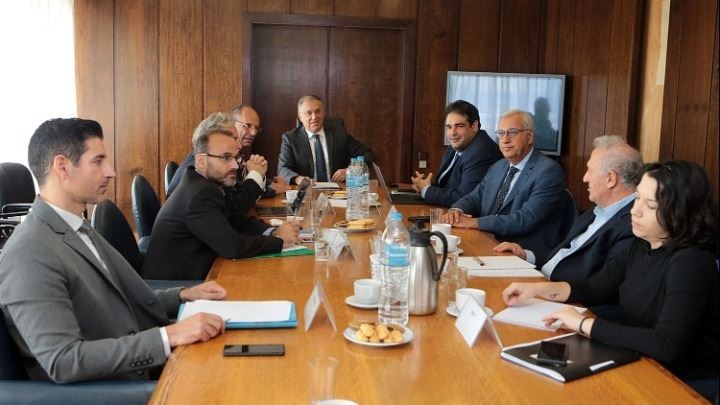 The parties sent the interior minister, Takis Theodorikakos, the draft law and the explanatory report on the vote of the Greeks except Territory, including the points agreed after three meetings of the Party Committee…..

The draft law, which will be put to public consultation next week, facilitate the exercise of the right to vote in national elections, European elections and referenda in the place of residence of those who are registered to vote and on the day of election are permanently or temporarily abroad.

The vote on a particular day set by Presidential Decree and from Wednesday to Saturday, eve of elections, however, the counting and announcement of results is done simultaneously with the entire Greek Territory.

Apart from enrolling in the electoral list Greek municipality, prerequisites for participation in the Greek election is stay for a total of two years in the Greek territory in recent 35 years and the existence of Greek VAT number of voters or their husbands.

Those who meet these conditions should necessarily be registered in the special electoral roll abroad made at any time by request of the, through a special application to be created on the website of the Interior Ministry. Apart from details, the applicant shall submit electronically the documents certifying the presence of two voters in Greece the last 35 years. These are certificates of attendance from Greek school regardless of grade or university, payment of insurance contributions or perform military service.

Exercising the right to vote is a personal appearance in special polling stations abroad. These can be embassies, consulates, independent offices of Greek Orthodox churches and church buildings or shops Greek communities, associations or other Greek organizations. If these buildings are inadequate or inappropriate, buildings can be used or branches of the state where voting will take place, at the request of the Greek ambassador.

In each polling station the number of voters ranges from 40 until 600, while ballot before Election Committee, consisting of a representative of the judicial authority (following diplomatic or administrator of the relevant embassies), as Chairman and three voters.

In the case of elections to the Greek Parliament, voters abroad choose between the State party ballots (without cross), while the same ballot papers used for voting in Greece use both for the European elections (with a right cross) and on referendums.

Equipping Greek diplomatic authorities with the necessary number of paper ballots is done with care parties, at least 10 days, before the day of vote.
After the vote, only the numbering of the envelopes containing the ballot box without them opened. Subsequently, sent by air to the Central Election Committee External Electors, based on the Court of Appeals for the count.

Covid-19 vaccine developed by Pfizer and Biontech is '90% effective', announced today the two laboratories after the first ...
Read more

The Joint Ministerial Decision was published, which approved the granting of an extraordinary subsidy to the tourist office businesses and the Tourist Road Transport Enterprises (Τ.Ε.Ο.Μ.)...
Read more

The Russian Sputnik-V vaccine against COVID-19 is more than 90% effective, said a spokesman for the health ministry on Monday, επικαλούμενος στοιχεία που συγκεντρώθηκαν από...
Read more

COVID-19 Briefing: Three days a week information on the course of the epidemic in Greece

From today, the information of the accredited authors of the Ministry of Health, will place - from distance - every Monday, Wednesday and Friday at 18:00, in the...
Read more
Previous article Planning the future with Rick Pitino National Greece and officially – «I am the coach» said the legend of basketball
Next article Tax domicile: Italy model for attracting Croesus!!
Share
Facebook
Twitter
Pinterest
WhatsApp
Linkedin
ReddIt
Viber
VK
Tumblr
Telegram
Mix
Digg
LINE
Email
Print

Coronavirus Vaccine: Mosialos is optimistic!! "I believe that the vaccine will come to Greece in early January"