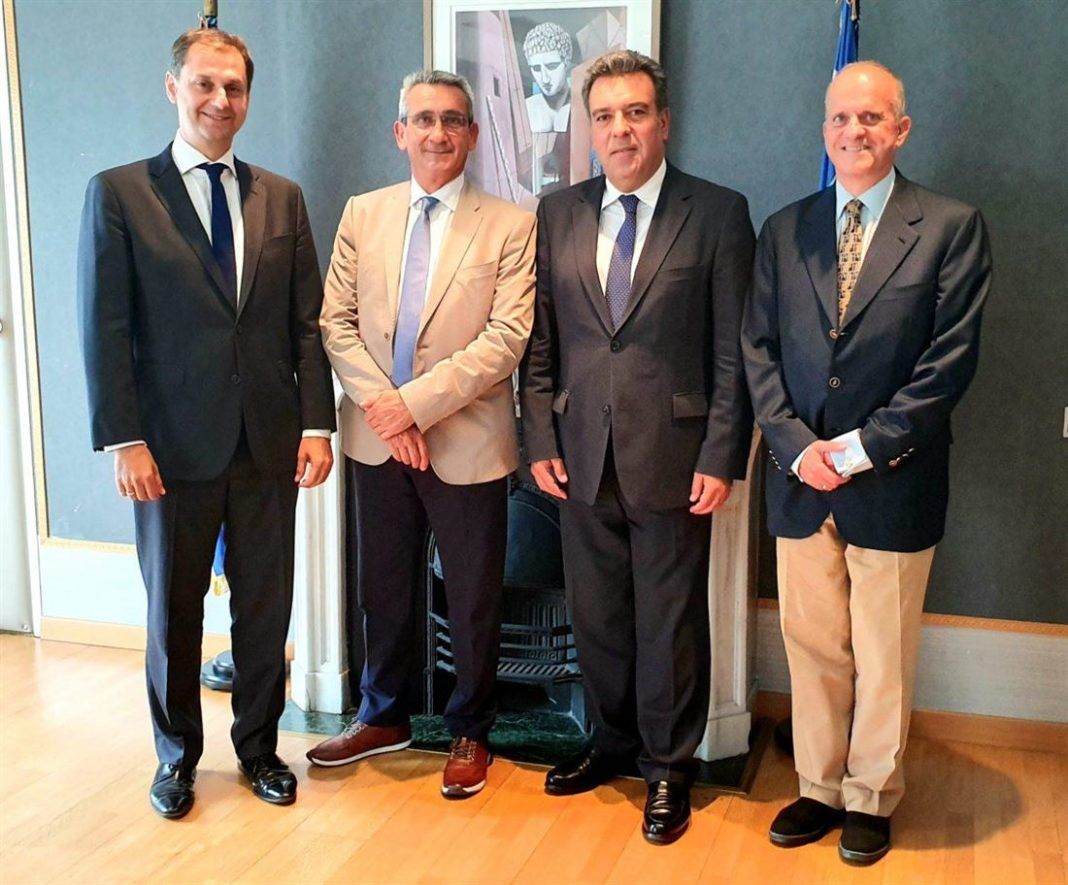 At 23 July under the first bill, the setting will be filed for the abolition of proportional

In the next three days will be ready the setting for the abolition of proportional, according to what was said by Interior Minister Takis Theodorikakos the prefects against, nearly three-hour duration, Today's meeting at the Queen Sophia building……..

At the heart of change , Interior Minister stressed that it is "strengthening the majorities of elected regional council in Executive Committees', while in the second phase,epiveveontas reportage of aftodioikisi, there will be changes through a new Local Government Code which puts on a class the existing legislative framework, as so far there have been over 300 legislative interventions in two key instruments of government, the "Kallikratis" and Cleisthenes, improves relevant problematic provisions, rectifies distortions, and clarifying the state powers -OTA.

According to sources of the Ministry of Interior, setting, which, as the minister has said will be submitted to 23 July under the first bill the government for the state headquarters, there will be no problem syntagmatikottitas. Regarding the discussion with governors, the same sources stressed that there was a common understanding - convergence of views with the 12 who were present (SS. absent the Region of Western Macedonia George Kasapidis).

Understanding of the measures to be taken in order to guarantee the governability Regions, was the three-hour meeting held at the Ministry of Interior, with the elected of regions are, by the Minister. Taki Theodorikako and participation of deputy minister. Theodore Lebanese.

A common finding was that the application of proportional creates chaos in the Municipalities and Regions and formulated a series of proposals to address the problem, which seek to enhance management bodies which will have the majority of mayors and heads of regions.

The Minister. Theodorikakos of regions are assured that the ministry will process all of the ideas put forward and will submit its final proposal within the week.

At the beginning of the meeting Mr.. Theodorikakos stated the following:

"Welcome to YP.ES. I feel that this Ministry supports with all its strength the Local and Regional Authorities.

For our government the Government and particularly the regions is the main pillar for development, fostering investment and employment, social cohesion and civil service.

So we will move together, we will develop the most of our cooperation. So this perception become property of citizens. Society needs to see tangible results, to re-discover hope and perspective, after the 10 years of crisis.

So it has value to present and implement in each region a comprehensive, concrete plan works, actions, interventions to meet the needs of citizens and the region. Transparent management and respect for taxpayers' money.

A program that exploits the comparative advantages and overcomes the problems and weaknesses. These should be presented to citizens and YP.ES. will assist in this effort Regions.

It is very positive that the electoral and political circle of Regions government, this same time. So from this perspective we wait a common path, a joint effort of progress and prosperity for all Greek citizens.

Will visit the next time all regions and if possible every corner of our country.

In order to move all of them we must directly confront the problem of kyvernisimotitas of Regions and Cities.

The application of proportional, It creates huge problems. Problems that endanger even the elementary function of the Region, much more so, work and action.

You can of course here there are governors who were elected in the first round and have a majority in the Regional Councils and the respective governing bodies, but the problem is too big for the other regions of the country and very- too big to hundreds- literally- municipalities.

The government is determined to proceed as soon as possible a legislative intervention to address this issue and to enable governors to have in any case the majority of the Regions governing bodies.

This is the fundamental reason why we perform today's meeting.

I would like to have the views of each of you about what is the right way to tackle this major problem.

And because we want to have an overall view of things, We invited all elected regional governor of the country and not just those directly experiencing this problem in the Region's governing bodies. I would like, also, I have a brief update on the situation of your services related to civil protection, as we have been informed that it is imminent in a number of the country, New wave of bad weather.

We started the first day with some difficulty. We had a huge problem in Chalkidiki, where I want to note that the Civil Protection services of Central Macedonia worked very hard to make ends meet, together with the remaining portions of the state machine.

We are interested to be absolutely ready so from the perspective of the Government, we can deal with any problem ".

The Ministry of Development and Investment, issued a New Circular clarifying the terms and conditions of operation of catering stores. There is a report, including,...
Read more
Previous article The need and not make our skin glow!! the 5 often summer beauty mistakes!!
Next article Daily predictions for all zodiac signs on Tuesday 16/7/2019
Share
Facebook
Twitter
Pinterest
WhatsApp
Linkedin
ReddIt
Viber
VK
Tumblr
Telegram
Mix
Digg
LINE
Email
Print

Coronavirus – Reopen Business: What to do with Nightclubs, Beach Bar, Gyms

Until 15 Decisions will be made in June to open closed restaurants, said the Minister of Development, while stating that under ...
Read more
Breaking News