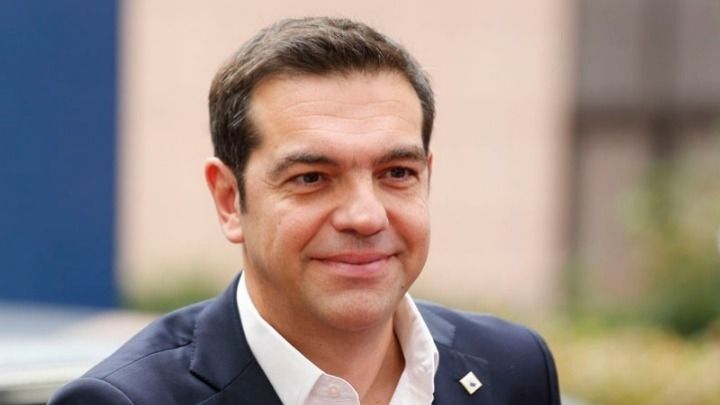 The readiness of SYRIZA-PS to "Demand political change aimed at the reconstruction of the welfare state and the protection of workers and small and medium-sized enterprises", pointed out Alexis Tsipras during his presentation to the Political Council of the party, according to a party source……….

"With central axes our program for “New NSS”, the settlement and write-off of part of the private debt and overall the sustainable restart of the economy and our plan for labor protection, of eight hours and salary, we already have an important program tool that records the majority of positive reactions in Greek society ", said the president of SYRIZA-PS, on party programming.

At the same time for the political situation, argued that "The Mitsotakis government has lost control of the pandemic and the trust of society" and that "Never believed in a strong public health system". "The rapid deterioration of government in the last month can lead to political developments", write down, stressing that "The collapse of citizens' trust in the government in combination with the phenomena of decline that are constantly seeing the light of day have created a stifling climate in Greek society".

Al. Tsipras also referred to issues of democracy, accusing the government of "consciously degrading and annulling the democratic functioning of Parliament with a prime example of the way in which it annuls the opinion of Members".

"Unless this situation changes as we have requested from the Speaker of Parliament and the right of each MP to vote separately as it is placed does not return, via teleconference, then SYRIZA has no reason to participate in such votes ", underlined and characterized "Institutional obligation" of SYRIZA-PS MPs not to allow "the pandemic to turn into a crisis of democracy".

"We will fight this battle both for the functioning of Parliament and for transparency in the management of public money. The situation with direct assignments has escaped something that forces us to use every possible means to have the necessary institutional control and even recourse to Justice. ", said the president of SYRIZA-PS.

Al. Tsipras also referred to the Recovery Fund, for which, the government's plan, he said, "Proves that the Mitsotakis government plans to return to failed and socially disastrous policies". "Especially planning for labor changes is a declaration of war against workers and the social majority", reported, underlining that "labor will be the “mother of battles” for the next period "and that" all party forces must be prepared for this development ".