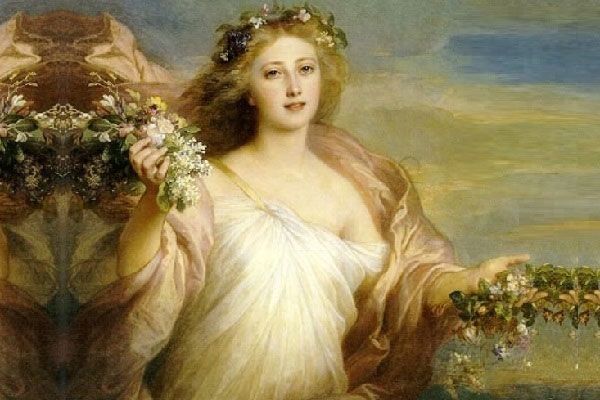 The May Day customs from Antiquity until today!! 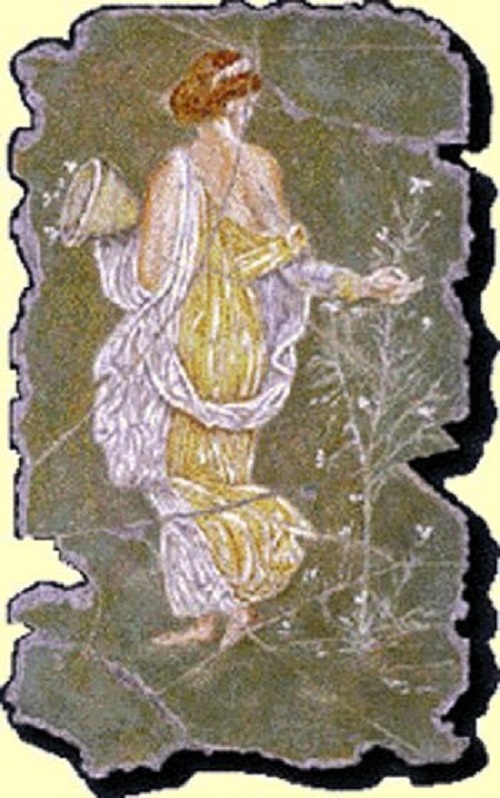 The Mayan Atlantis was identified with the nymph Maia, mother of Hermes in which the month of May dedicated!!

May is the fifth month of the year, which corresponds to the ancient month Thargiliona who celebrated with the famous Antheoforia. He was dedicated to the goddess of agriculture Demeter and her daughter Persephone, which this month comes from Hades and comes to earth. 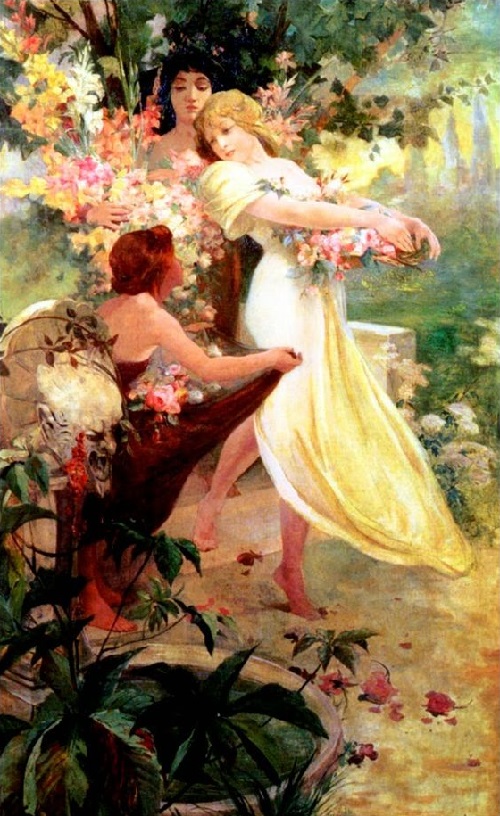 Holidays were also celebrated in ancient Rome “Rosyllia” which were also maintained by the Byzantine emperors. 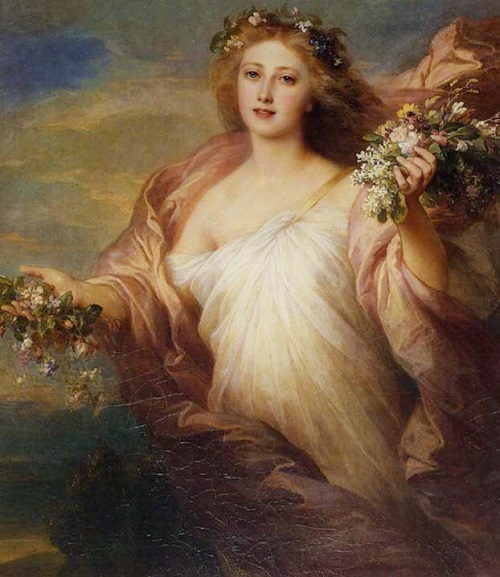 For the popular perception, in the month of May coexist qualities of good and evil, rebirth and death and collected his first day, Mayday.

The celebration of May Day marks the final victory of the summer against the winter, the prevalence of life over death and has roots going back to pre-Christian rural religious ceremonies for the fertility of the fields and, flat’ extension, and animals and humans. 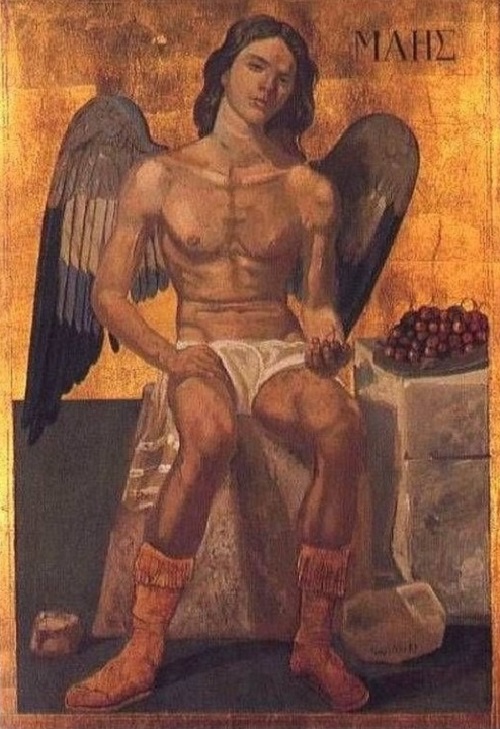 The ancient celebration of May Day continued throughout the centuries with solemnity and in various forms and manifestations. One of the oldest festivals were the Flower Festival, the festival of flowers, the first official celebration of flowers Greek. 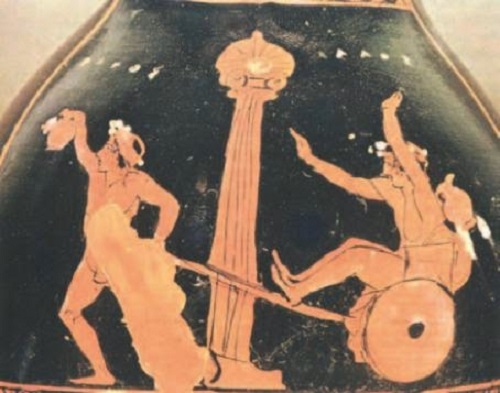 the Flower Festival, during which processions with kanifores who brought flowers walked majestically towards the sacred, first established in Athens and then took the form of nationwide, and since spread to other cities in Greece. According to legend, the Flower Festival "resurrected" ... killed the god Evanthis, epithet of Dionysus, the spilled blood of which grew the vine.

When the Romans conquered Greece, the celebration of May Day, not ceased to exist but was enriched because both peoples believed, that flowers represent the beauty of the gods and bring power, glory, happiness and health. 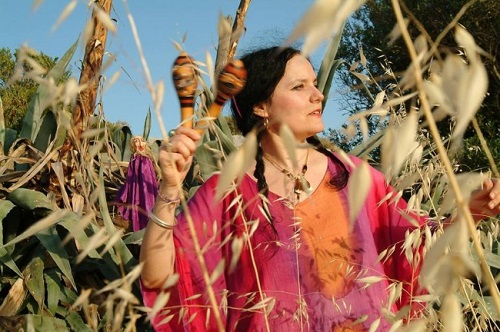 Over the centuries, The original meaning of May Day altered and customs survived as mere folk celebrations (procession tree, green branches or wreaths of flowers, proclamation of King or Queen of May, dancing around a tree or a pole-decorated maypole).

May Day is one of the few festivals, without religious content, with events occurring in the folk culture of many European peoples, which have been preserved to our days. 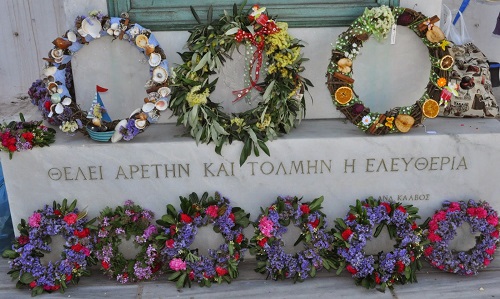 One of the most popular customs that still connects us with the traditional May Day, a celebration of spring and nature with ancient roots, is protomagiatiko wreath.

The celebration of May Day is associated with human joy for spring and vegetation. Secondary to these beliefs is the amberjack wreath made from various flowers and fruits and hung on the door of houses.

The picking of flowers for the crown protomagiatiko, It strengthens the current era of human relationships with nature, from which most people have been evacuated due to the lifestyle of modern cities. 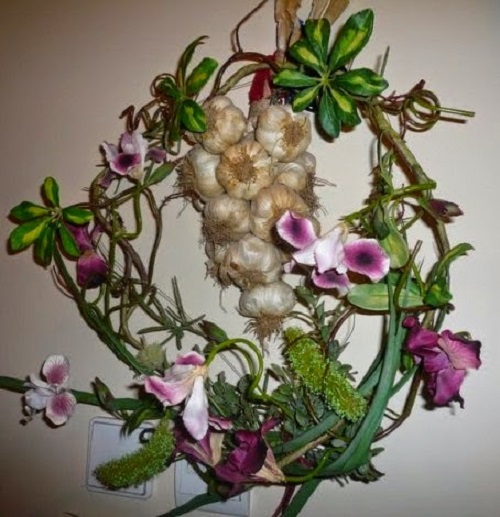 In parts of Asia Minor, They put on each wreath, besides flowers, a garlic for spell, a thorn for the enemy and an ear for good harvest. The amberjack wreath adorned the doors of houses as Santa – Gianniou Harvester and then, burned on bonfires of St..

in the Dodecanese, they pick a flower that they say “open-eyed” and they believe that whoever has it is always strong and lucky. 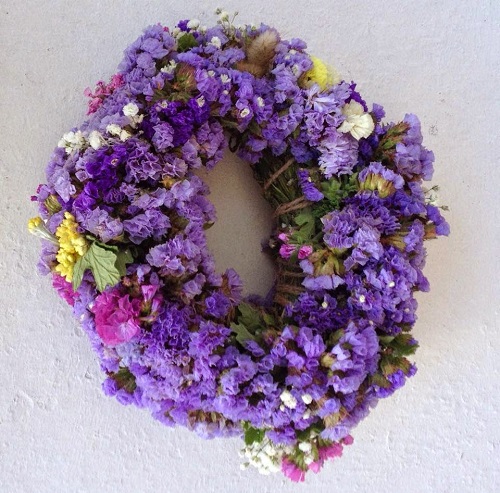 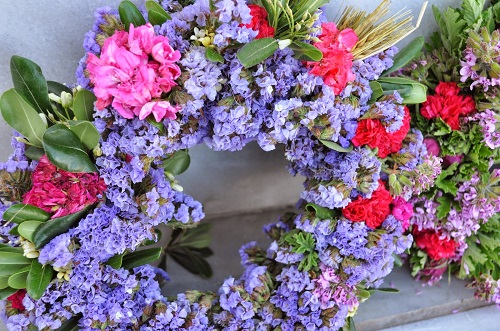 Unique handmade plaited wreaths of flowers and herbs spring and adorned with colored ribbons, cause passersby to take home to decorate doors and porches!! A beautiful sight on Yialos Mykonos!! Steal the show anthostolismena Magioxyla!!

The Maides involved with amaranth or provasokompous as we often see you in Mykonos and various fresh herbs of the season, like oregano, mint, savory, ginger, rosemary and decorated with roses, angelic, ears, colorful geraniums and other flowers. 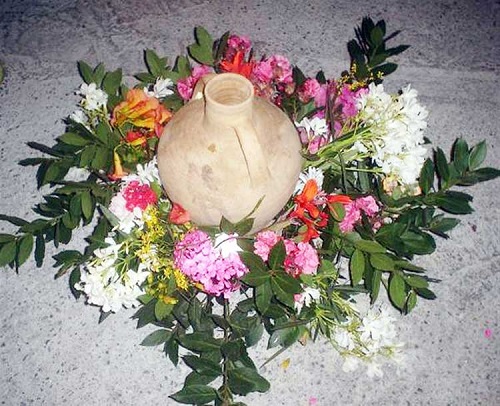 in Aegean islands Mayday, girls got up at dawn and took them flowers, who had gathered on the eve and went to the wells to carry the "silent water" (speechless because carrying without talking). When they brought home, all washed themselves with this. 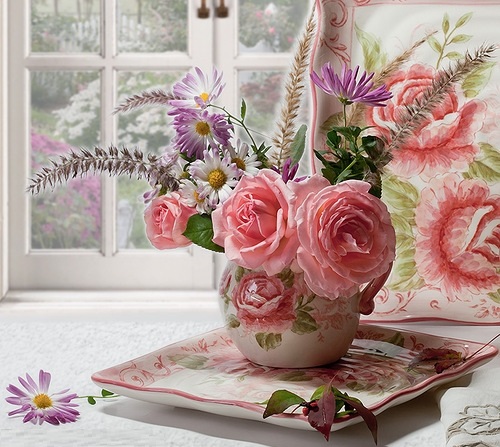 The Day of farmers

Farmers make their May with greens, wrists, garlic to spell and thorn for the enemy

In areas of Izmir, the eve of May Day, farmers went to the countryside, to cut anything had wrist: wheat, barley, garlic, onions, branches of fig figs, branches almond almonds, pomegranate branches with pomegranates. 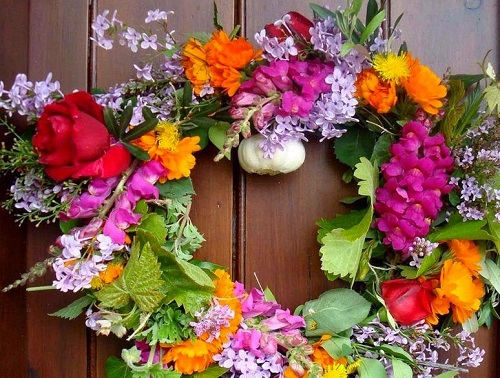 Agiassos Lesvos, they make wreaths of all the flowers and put them inside “demon”, wild grass with broad leaves and yellow flowers to possessed grooms.

Serifos, the night before, hanging on the door a wreath of flowers nettles, barley and garlic. 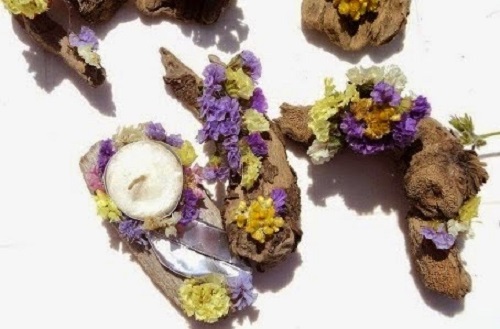 In villages Corfu, residents parade a trunk cypress, covered with yellow daisies around him is a wreath with green branches.

With this magioxylo, young workers dressed in white trousers and shirts and red scarves neck out on the streets, singing in May. 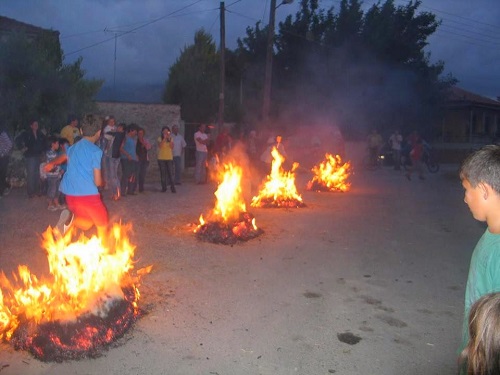 Young and old women gathered on the eve of May Day, once the sun sets and light fires with dry branches that are gathered several days ago. As the fire is lit. women dancing round dances around the fire and sing traditional songs for the Day.

The young children, After wetting hair and clothes, jump over the fires as a symbolic act intended to clear in winter and disease. Then they all get a torch from the fire and go to their home to leave all the bad. 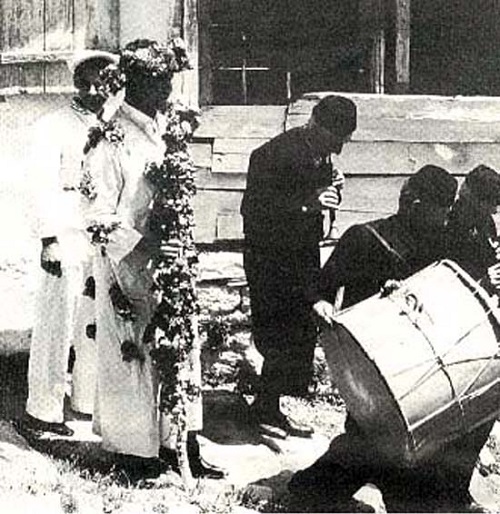 There are many other traditions of May Day celebrated in various parts of Greece:

– the custom of Klidona (kind of flower) in Koziakas municipality,

– the custom of pipergias Evia,

– Spells of May Day for the expulsion of snakes in Epirus, Others.

25 new confirmed cases of coronavirus cases reported in the last 24 hours in our country , bringing the total cases to 3.511, as announced in writing by ...
Read more
Previous article Coronavirus Pandemic – Merkel: Travel within Europe is not on the agenda
Next article Coronavirus Travel – Airlines : Behind plexiglass in ethers; It will be too late to return to the good times of air travel
Share
Facebook
Twitter
Pinterest
WhatsApp
Linkedin
ReddIt
Viber
VK
Tumblr
Telegram
Mix
Digg
LINE
Email
Print

EOF issued a statement today regarding dietary supplements that are dangerous for human health ...... As AEO reports, after information from ...
Read more
Airplane - Flights

Greece's borders with Britain open from 15 July!! The announcement that in 15 In July, the borders of Greece with ....
Read more
Business

In the coming days, the payment of the amounts is expected to start 100.000 companies and professionals who participated in the second cycle of the returnable advance .......... All...
Read more
View more