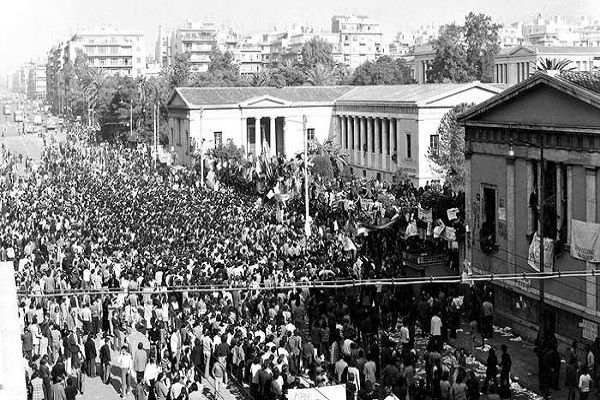 The headlines are the days of the Polytechnic uprising…..

marches, slogans and banners with words that send messages of freedom and struggle against fascism…….

Something like that, romantic, vehicle with the racing excitement of the new generation, student youth started the events that remained in history as the Athens Polytechnic uprising. 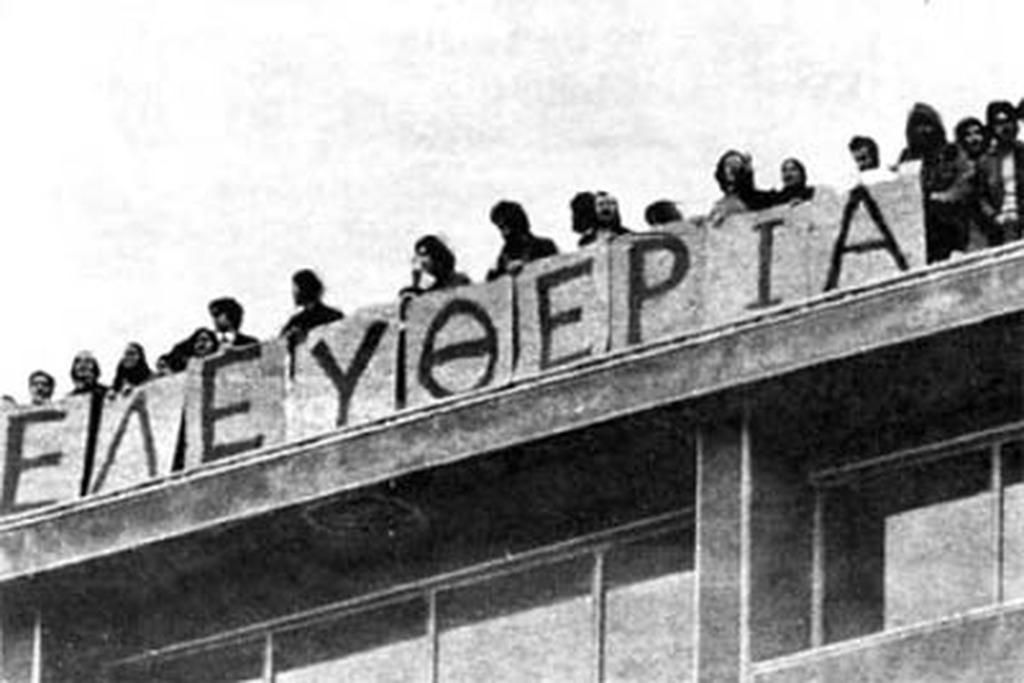 At 14 November 1973 the Polytechnic students initially decide abstinence, and after the capture of school. Within a few hours at the emitter and the spoken message history: «here University! O people of Greece in Athens is bearer of our struggle, your struggle, our common struggle against dictatorship and for the Republic. here University, here University. You talk radio station free struggling students, free struggling Greeks ". Here marches, demonstrations, slogans and banners, the regime reacts, not enough police, tanks to the streets of Athens… 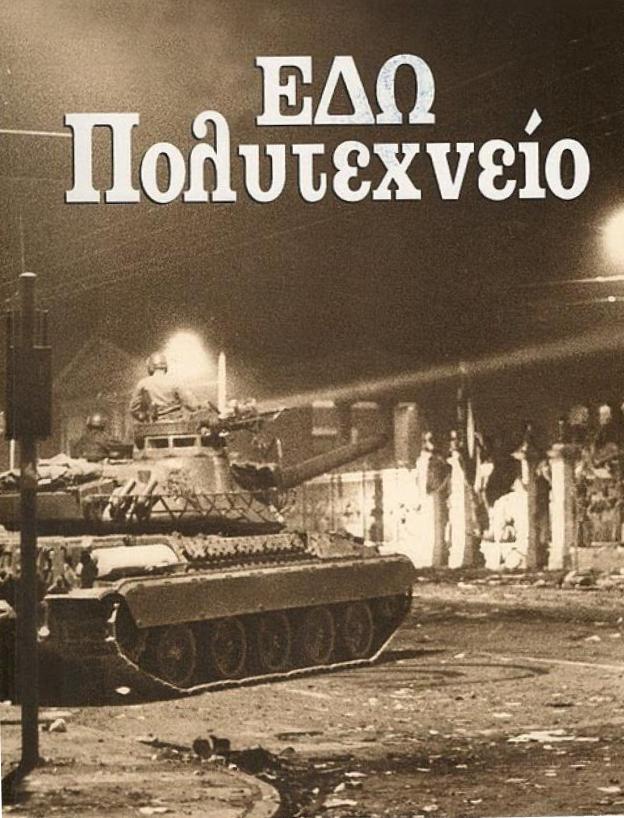 Midnight and tanks surround the University.
They have orders to suppress the student revolt that had broken out against dictatorship.
Students call their soldiers to join them.

At dawn a tank pulls down the main gate….

There are many dead and hundreds wounded. The junta announced 16 dead, while martial law restored the Markezinis government. 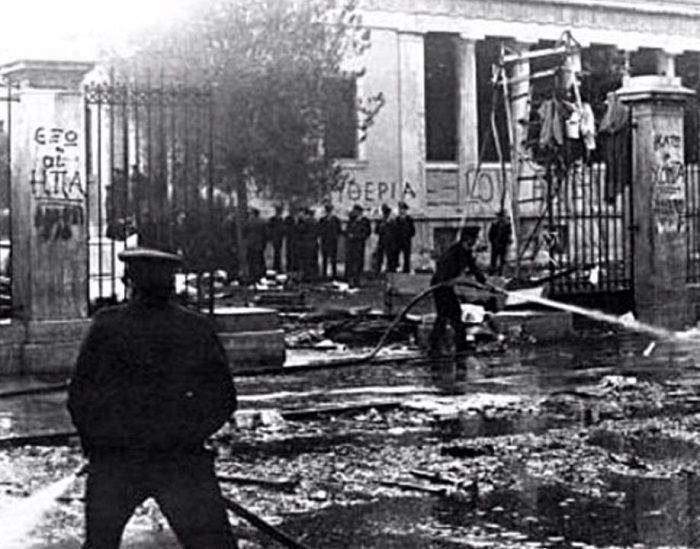 The next day, The Greek press has published articles in state ….. siege!

From a censorship Junta, on the other the common understanding and the most novice journalist on the historicity of the moment. Ideology, position, perception, Fear for personal integrity and physical censorship “sculpted” Titles that day. The facts presented, Nevertheless, without any criticism against the dictatorial regime. 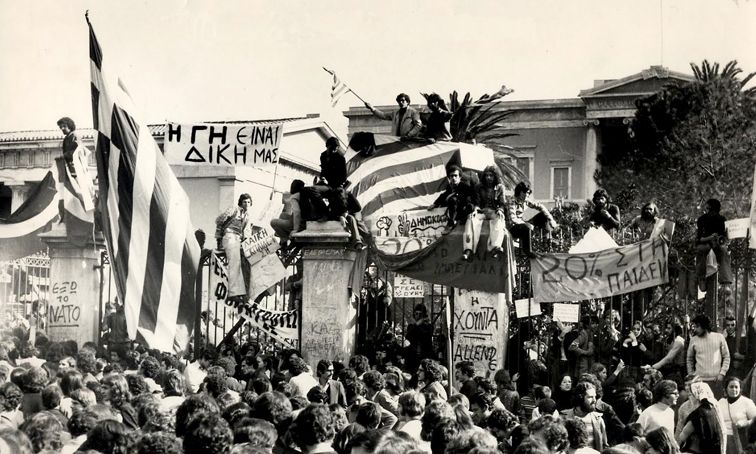 That reflected what was happening inside and outside the University of the newspapers of the time;

Read the major newspapers of the time, through the digital archive of the National Library. 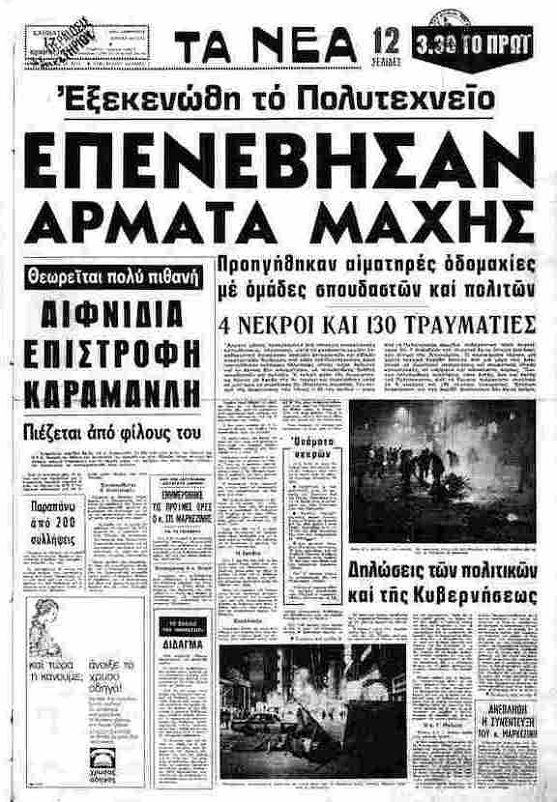 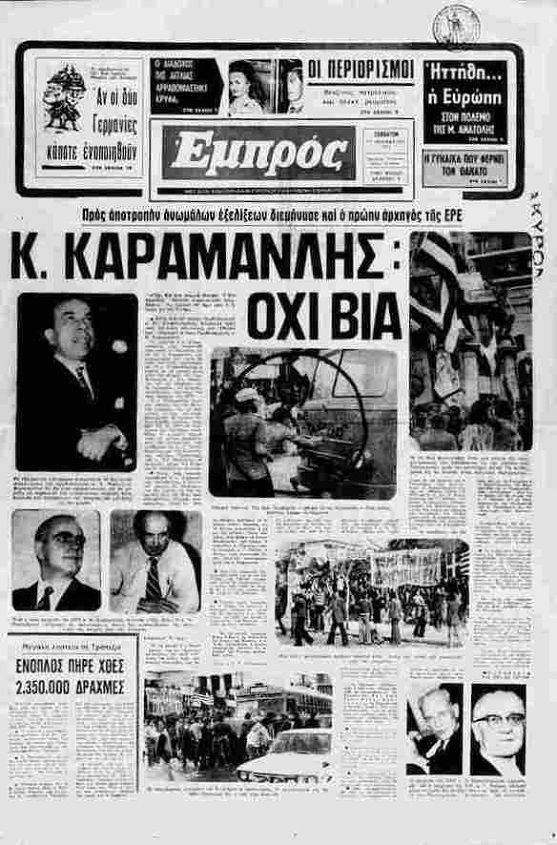 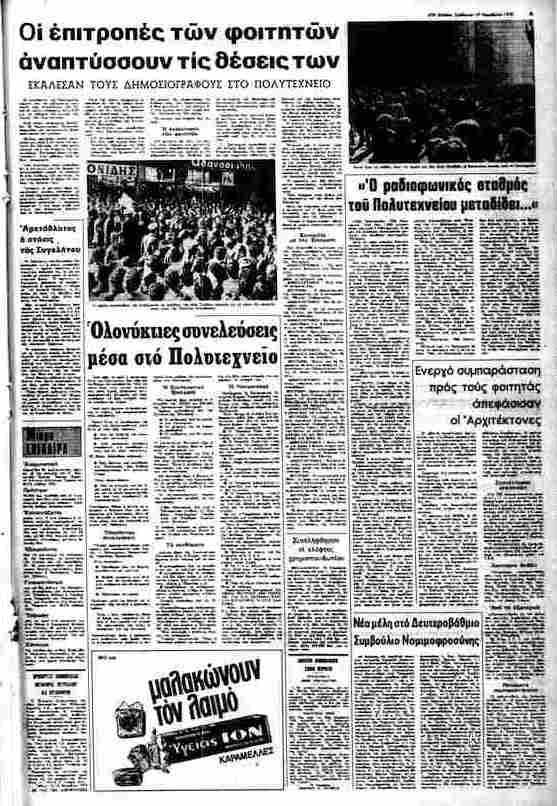 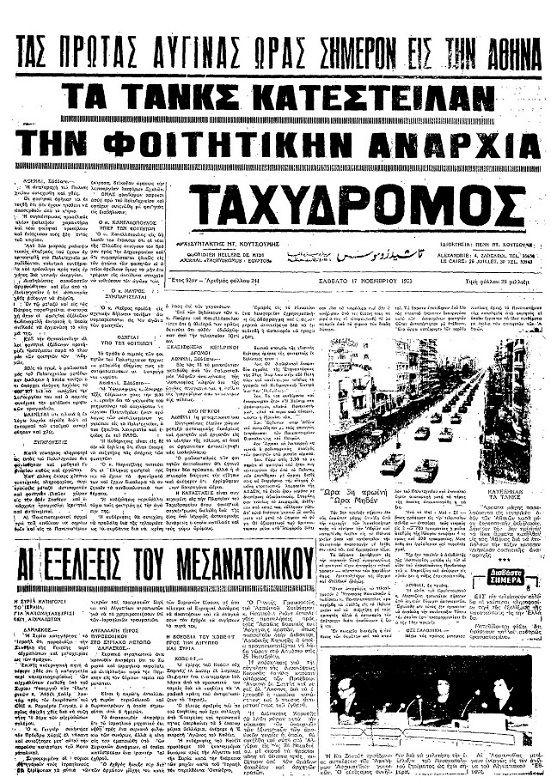 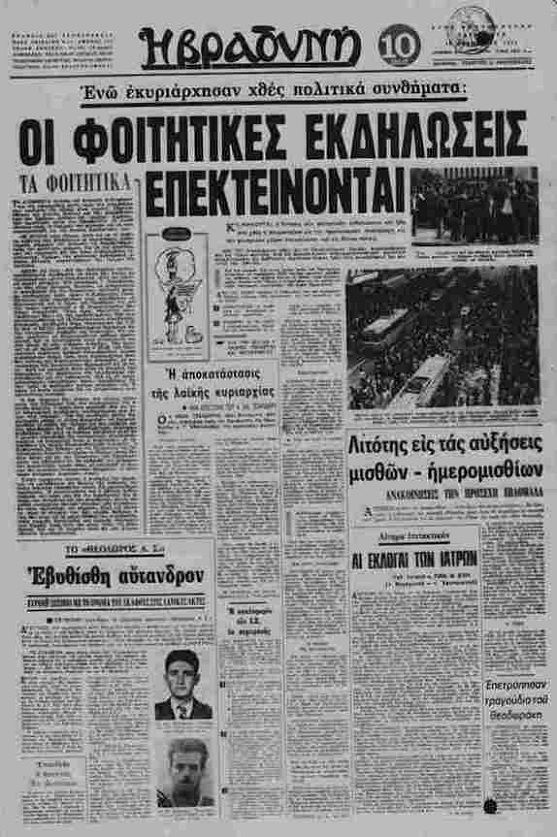 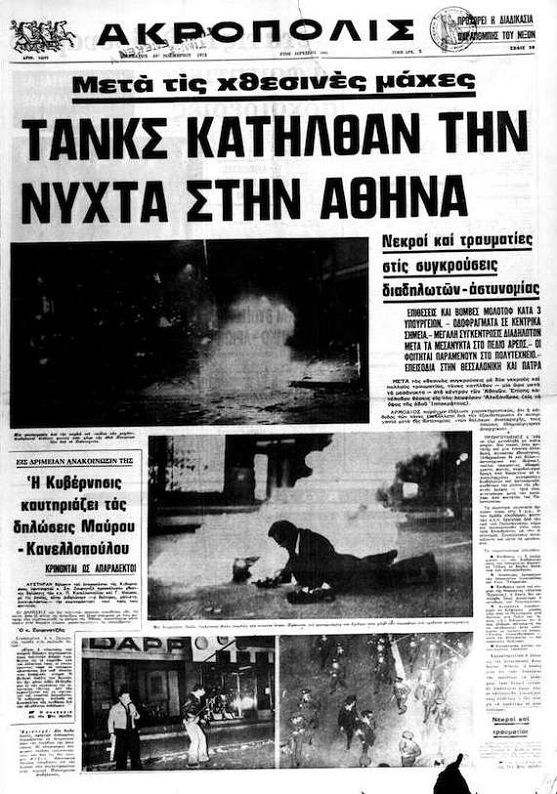 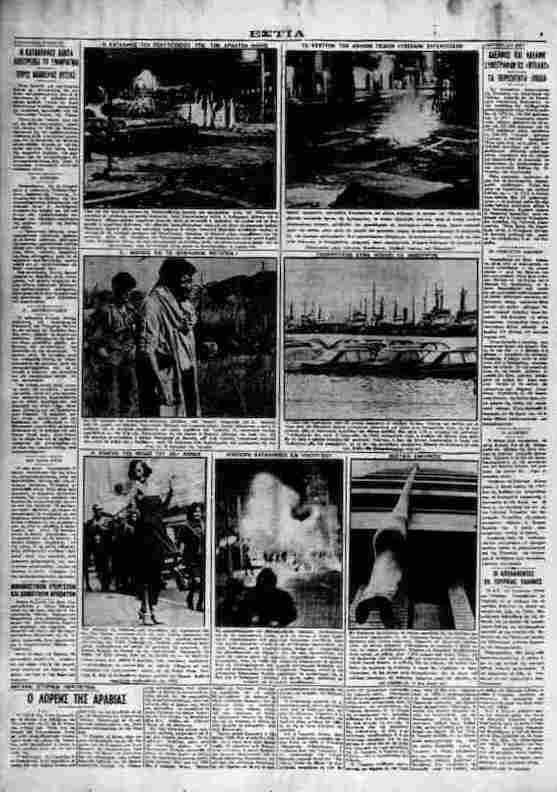 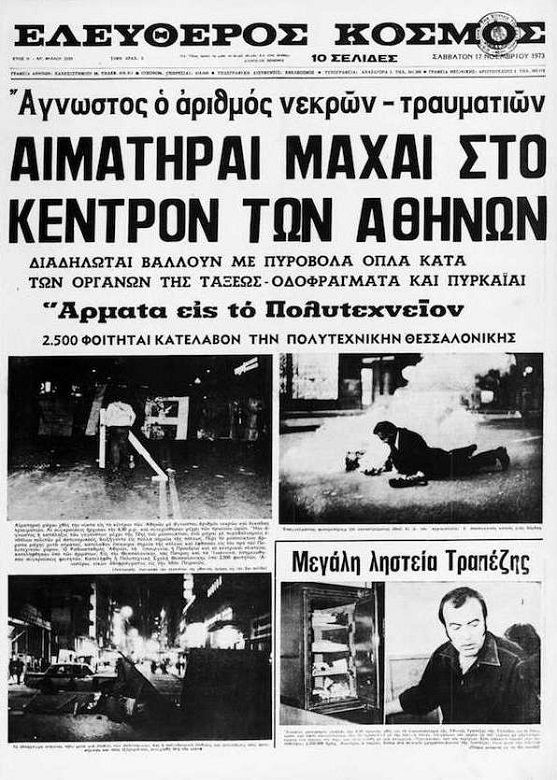 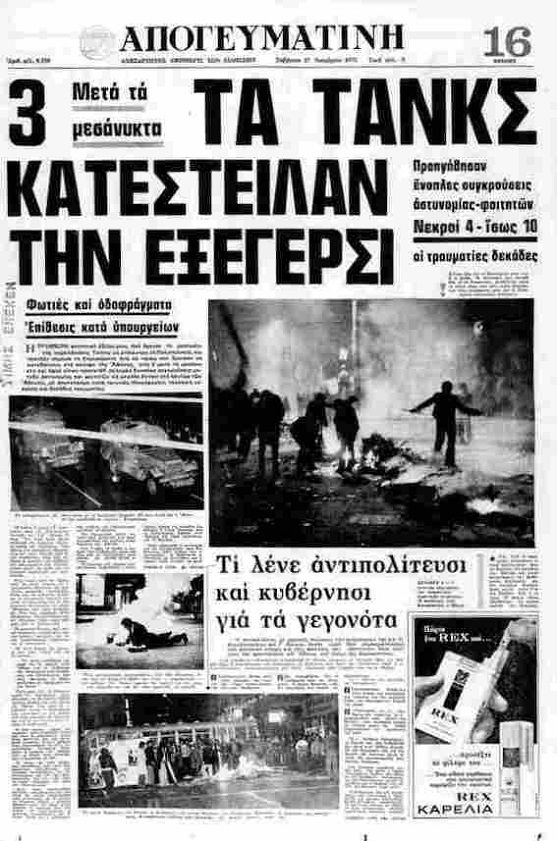 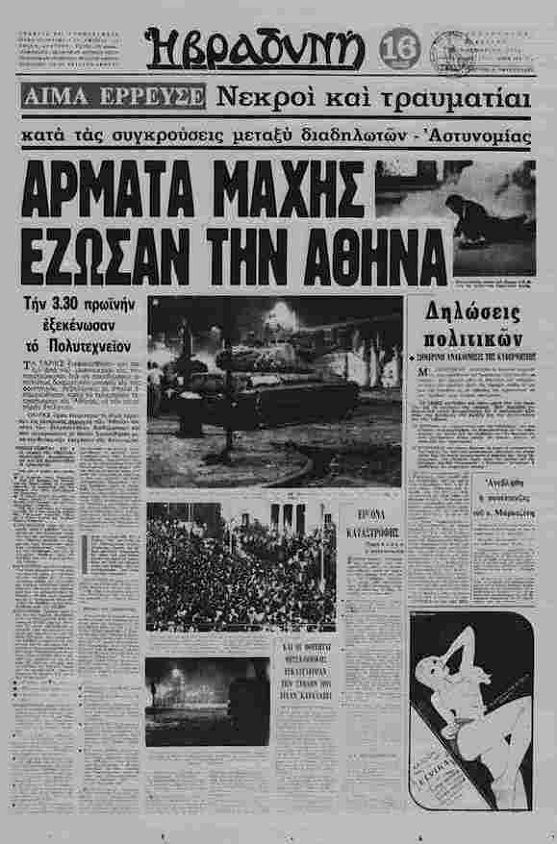 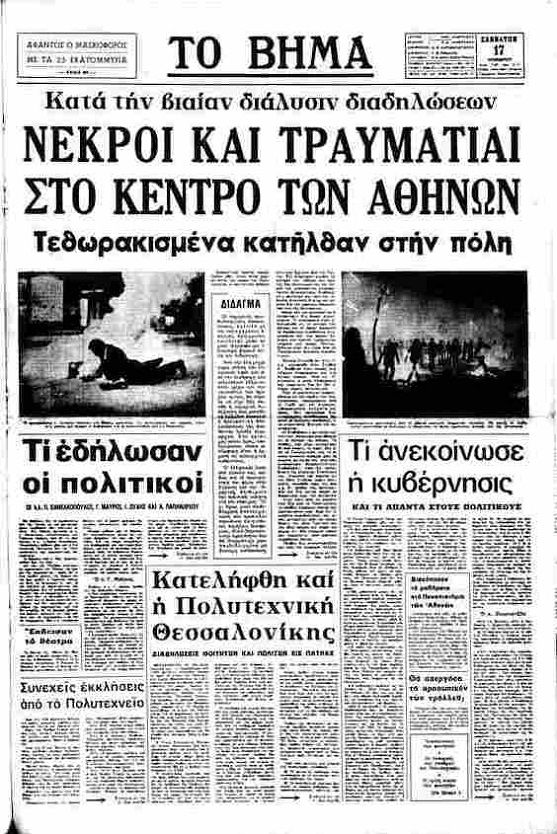 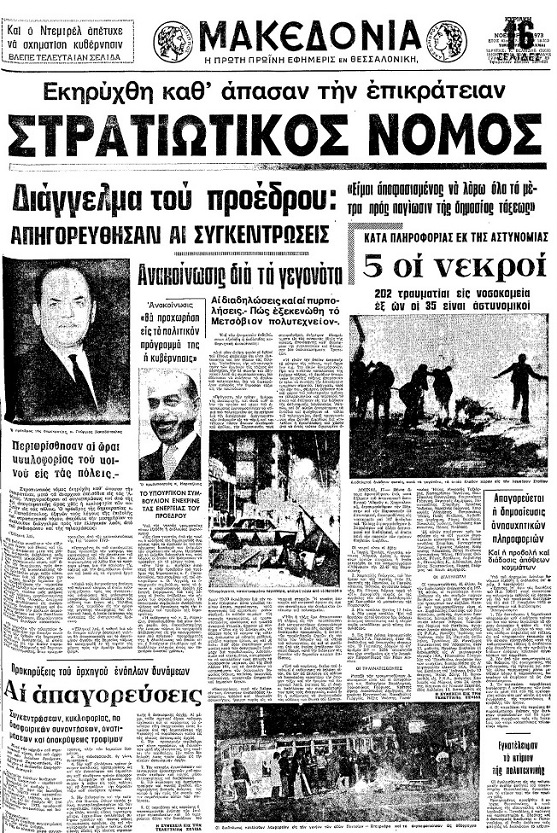 25 new confirmed cases of coronavirus cases reported in the last 24 hours in our country , bringing the total cases to 3.511, as announced in writing by ...
Read more
Previous article The instagram «finish» the influencers; How to hide the likes will affect their profits
Next article WSJ : How Google is involved in search algorithms and favors big business results
Share
Facebook
Twitter
Pinterest
WhatsApp
Linkedin
ReddIt
Viber
VK
Tumblr
Telegram
Mix
Digg
LINE
Email
Print

The intercollegiate track and field championship of the Cyclades was held stubbornly and divided. 2020. The unions were divided into two groups as the transports between the islands ...
Read more
Breaking News

The "Co-Work" program, which includes tax cuts, is being implemented immediately, insurance arrangements and a set of measures with an emphasis on seasonal operations to save ...
Read more
View more