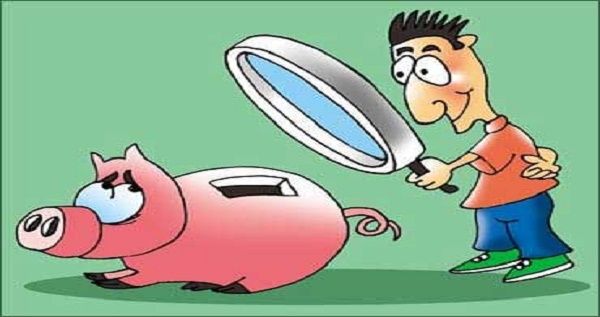 The Ministry of Finance presents the main points of the new tax bill that is in public consultation with an announcement.. Among other things, these are interventions related to the incentives to attract retirees from abroad to transfer their tax residence to Greece., in the incentives for hybrid cars as well as the exemption of farmers from the performance fee………

According to the announcement of the Ministry of Finance, the provisions of the bill are as follows::

This article is an incentive for foreign retirees to transfer their tax residence to Greece and to be subject to alternative income taxation of foreign origin., tax rate 7% for time 10 years and their exemption from the special solidarity levy.

Prerequisite for foreign retirees, in order to join the measure, They are:

2being) To transfer their tax residence from a state with which an administrative cooperation agreement is in force in the field of taxation with Greece.

This measure is already being implemented in several EU countries and will help increase public revenues.

Businesses are given the opportunity to provide free shares to employees, as an incentive to reward. Employees are taxed on surplus value from the sale of shares at a rate 15%. Consequently, Employees will be given additional incentives to become more productive, for the benefit of the company in which they work and ultimately the economy as a whole.

With another setting in the same article, The exemption from income tax of employees of domestic tourism regulations provided by their employers is introduced. This regulation further expands the exemptions for employees from the calculation of income from paid employment., while in addition, It also aims to strengthen domestic tourism.

The Government's commitment to exemption is being implemented, especially for the tax year 2019, from the end of the performance for the farmers and after the lapse of five years from the date of joining the normal VAT regime.

The regulation aims to reduce the tax burden on hundreds of thousands of farmers, who are mainly regular farmers., who joined on 1 January 2014 in the normal VAT regime and completed the five-year exemption from the achievement fee on 31 December 2018 and who, by clearing the income tax return of the tax year 2019, they would be obliged to pay a performance fee within it 2020.

This article reduces the registration fee for the majority of vehicles and favors the classification of newer cars., to motivate the renewal of the fleet of cars with new environmentally friendly vehicles and to stimulate the car market.

A new system of progressive passenger car taxation is being introduced and reformed, depending on the age of the vehicle, the additions imposed on the basis of EURO anti-pollution technology. Alongside, the hybrid car registration fee is further reduced, low pollutants, while its exemption is maintained 50% the corresponding classification fee for hybrid cars with more pollutants, as well as the complete exemption for electric vehicles.

The existing provision on the possibility of taxation of used vehicles with first circulation in the EU before the 01.06.2016, based on the previous tax regime (historical end), the practical application of which has created many long delays in the customs clearance process. With a transitional provision, it is given for vehicles for which an application is pending for examination before the relevant Committee of Historical Registration Fee., Alternatively, the ability to select a classification with the new provisions.

This article establishes direct exemption from duties and taxes on all ship supplies operating abroad., while for ship supplies that perform domestic voyages, the existing exemption from the exemption for alcoholic beverages is maintained., smoked, brown, electronic cigarettes and heated cigarettes and other consumables. It is a measure to enhance shipping, a branch that has been particularly hard hit by the pandemic.

With this regulation, they are converted into the overdue VAT rate 6% and the music books of the Customs Class DK. 4904. With this addition, the equal treatment of books as a whole and the strengthening of music education are sought..

This is a significant change and innovation aimed at decongesting Administrative Justice., the rapid resolution of outstanding tax disputes and the stimulation of tax revenues.

The decoupling of the Courts from the pending cases due to the Committees will result in the rapid adjudication of the new cases., the rapid clarification of legal issues by case law and legal certainty for businesses and citizens.

Work of the Commission, which will operate in three-member departments consisting of two former Judicial Officers of the Administrative Courts with at least the rank of Appellant and one member of the Legal Council of the State., is the out-of-court settlement of outstanding tax disputes before the Council of State and the Ordinary Administrative Courts.

Only taxpayers whose cases have not yet been considered can appeal to the Commission 30 October 2020. also, A request to the Commission may also be submitted for pending cases 30 October 2020 before the Dispute Resolution Directorate tax disputes from tax or fines, if they become pending before the Ordinary Administrative Courts up to 31 December 2020. Taxpayers can only invoke one or more of the following claims:

(a) Limitation of the right of the State to impose the disputed tax, due to the lapse of time within which the Tax Administration had the right to conduct the tax audit or to attribute the tax debt.

(b) Limitation of the right of the State to impose the disputed tax, due to receiving a tax certificate without reservation.

(c) Incorrect tax attribution, due to an obvious lack of tax liability or numerical error.

(d) Retrospective application of the most favorable tax sanction.

(e) Reduction of additional tax, of interest, surcharges and fines.

The committee, after checking the allegations, submits a proposal to the applicant, which, if accepted by the taxpayer and paid 30% of the principal tax due, results in the ability to pay the balance in up to 24 installments by reducing the corresponding additional taxes, interest, surcharges and fines.

Provisions for the mechanism for resolving cross-border tax disputes within the Union are established (special administrative procedure) between Greece and one or more of the other Member States, which result from the interpretation and application of agreements and contracts, providing for the elimination of double income taxation and, where appropriate, capital (Agreements / Agreements for the elimination of double taxation and / or capital – SADF). They are determined, also, the rights and obligations of the affected persons, when such disputes arise.

The specific Directive on Administrative Cooperation (DAC 6) expands the automatic exchange of information between EU Member States. and obliges the "intermediaries" to declare to the tax authorities the "schemes" of aggressive tax planning, used for tax evasion or tax avoidance.

Adapting this directive to Greek legislation is a very useful tool for combating aggressive tax planning., but also tax evasion through these practices.

By integrating the article 5 of this Directive (ATAD Ι – EXIT TAXATION) rules against tax evasion practices are established and the minimum standards that Member States must adopt in the provisions of their domestic legislation are set out., including the tax exemption rule.

The operation of taxation at the exit ensures that when a taxpayer transfers property or his tax residence outside the tax jurisdiction of a state, then that State taxes the financial value of any capital gains produced in its territory, even if that profit has not yet been made at the time of issue.

By incorporating it into the national legislation of the article 1 of the instruction 2018/1910 (“ Quick Fixes”), the article is amended 15 Code VAT, which entails changes to the provisions of domestic law concerning the simplification of the VAT Directive and the fight against tax evasion in trade taxation between EU Member States.. by taking action. provided 4 categories of measures regarding: a) movement of goods into a tax warehouse, b) simplification of rules, in order to ensure legal certainty in chain transactions, c) the recognition of the customer's TIN as a prerequisite, in order to exempt from VAT the intra-Community delivery of goods and d) the data necessary to prove the transfer in the context of intra-Community trade in goods.

With this provision, the provisions of the Directive are transferred to domestic law (EU) 2019/475, according to which from 01.01.2020 the territories of Cambion d'Italia and the Italian waters of Lake Lugano cease to be the third territory for the EU., as they fall under EU customs territory. but remain out of tax territory.