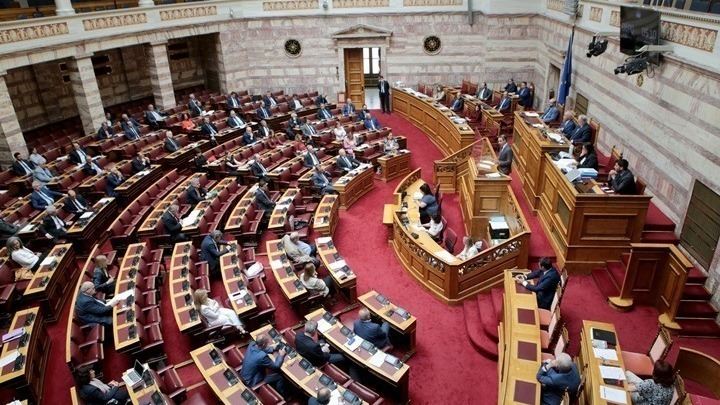 The bill of the Ministry of Foreign Affairs "Determination of the width of the coastal zone in the sea area of ​​the Ionian and Ionian Islands up to Cape Tainaro of the Peloponnese", received 284 "yes" votes, 16 "present" votes and no "against" votes. In other words, it secured the absolute majority of the entire number of deputies, which the Constitution requires in the event of a change in the boundaries of the territory.

The New Democracy MPs voted in the roll call vote in favor of the expansion of the coastal zone in the Ionian Sea, SYRIZA, of the Movement for Change, of the Greek Solution and MERA25. The KKE deputies voted "present".

The government has described the bill as historic and historic today because Parliament decides to increase, by peaceful means, of the national sovereignty of the country and why, for the first time, extends the coastal zone to 12 nautical miles in the Ionian, in an important part of its marine space. Emphasizes that the expansion of territorial waters in the Ionian is the basis for expanding the climate of national solidarity.

Opposition parties have stated they will not run in the by-elections., in Crete, in Kythira and Antikythira, in the Aegean and in the Eastern Mediterranean.

Greece obviously can exercise this right in Crete and anywhere. Nevertheless, in time, in a way and under conditions that she will choose, the government replied

The article 4, He voted in favor but did not get a majority corresponding to the principle of the bill. In the article vote 4 received 180 "yes" votes, 119 "against" votes and 1 "Present". This article concerns the decision of Greece to allow fishing vessels of EU countries to fish in its territorial waters which are now becoming 12 nautical miles. This issue will be addressed in domestic law, by decisions of the Minister of Rural Development. Opposition parties therefore say that the rights of Greek fishermen must be guaranteed and the principle of reciprocity must be respected..